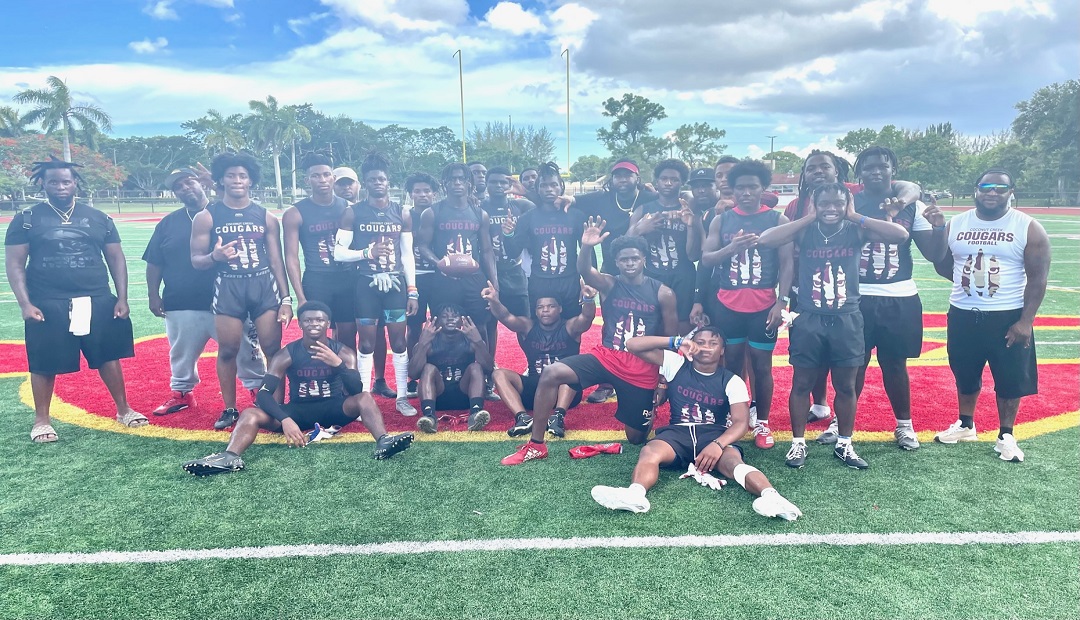 MIAMI GARDENS – They won the University of Toledo 7-on-7 event earlier this summer. Finished second at Indiana and have been turning heads as district champions a year ago.

For Coconut Creek and head coach Johnny Sloane, it has been all about proving themselves – and on Sunday at the Monsignor Pace 7-on-7 Tournament, the Cougars let everyone know that they are indeed a program to keep an eye on once again.

In beating Monsignor Pace, 24-8, in the title game, this team unleashed tremendous talent on both sides of the ball, coming up with huge plays all day.

For head coach Anthony Walker Sr. and his Spartans, it has been a tremendous June and July, and while they were looking forward to taking home the grand prize in their own event, they fought hard to the end.

Winning the University of South Florida event in late June, they have worked hard to put their talented prospects into the spotlight.

The Cougars are schedule to participate in this Saturday’s Keiser 7-on-7 in West Palm Beach and Sunday’s talent showcase at Carter Park in Fort Lauderdale. They won the Keiser event last year.

It was all about coming out and showing support to the kids and Cleveland Browns’ linebacker Anthony Walker Jr., who helped his father run a successful event.