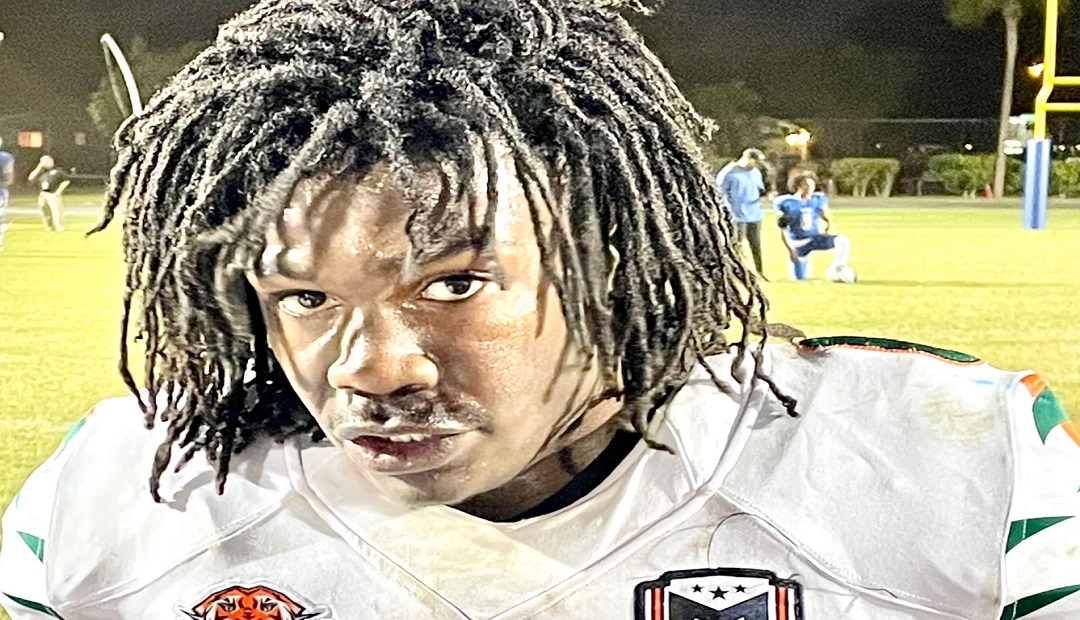 Last season when the year came to an end and high school football teams who didn’t make the playoffs faced the off-season, Pompano Beach Blanche Ely was one of the first to hit that off-season.

Winning just one game, the Tigers were disappointed and frustrated after ending yet another year with a losing record.

As the team put away their pads and helmets, head coach Mike Bailey and his staff took a step back and searched for answers. There was no way this program was going to settle for mediocrity – not this off-season.

Right there and then, plans were made for hard work and an opportunity to turn things around – and they certainly did.

When they beat longtime rival Fort Lauderdale Dillard in the Class 3M Region Semifinals, this program – looked down on by just about everyone – emerged with a 19-14 win, but more importantly, extended this magical season, setting up a Region Final that NOBODY ever expected.

When they travel to national powerhouse this Friday night, the Tigers will bring in an 11-0 record. It is without question the biggest turnaround in the state of Florida this season, and while they come into the game as huge underdogs, this program is unfazed as they are playing with the house’s money and have far exceeded anyone’s expectations.

NORTHWESTERN GOES DOWN WITH A MAJOR FIGHT

After all, in the regular season, the unbeaten and No. 1 team in the state had run the clock on the Bulls, so it was a formality – ot was it.

What happened in over three hours at the sold out “Mecca” Traz Powell Stadium, was Northwestern showed why they have been one of the nation’s elite teams, and also proved to the country that this was one of the best and most prospect rich matchups in the country – and it isn’t close.

The Bulls came out and took it to the Rockets, but fell short in this class game, 34-30 on an incomplete pass on fourth down in the endzone.

This game was everything as advertised, and while those who follow national teams have no clue how intense this rival is, the people in south Florida fully understand that, and after all is said and done, isn’t that the only thing that matters!

In addition to those thrilling games, here is a look at the rest of the Region State Semifinal games: