Five Miami-Dade/Broward 2024 Prospects For A Wednesday 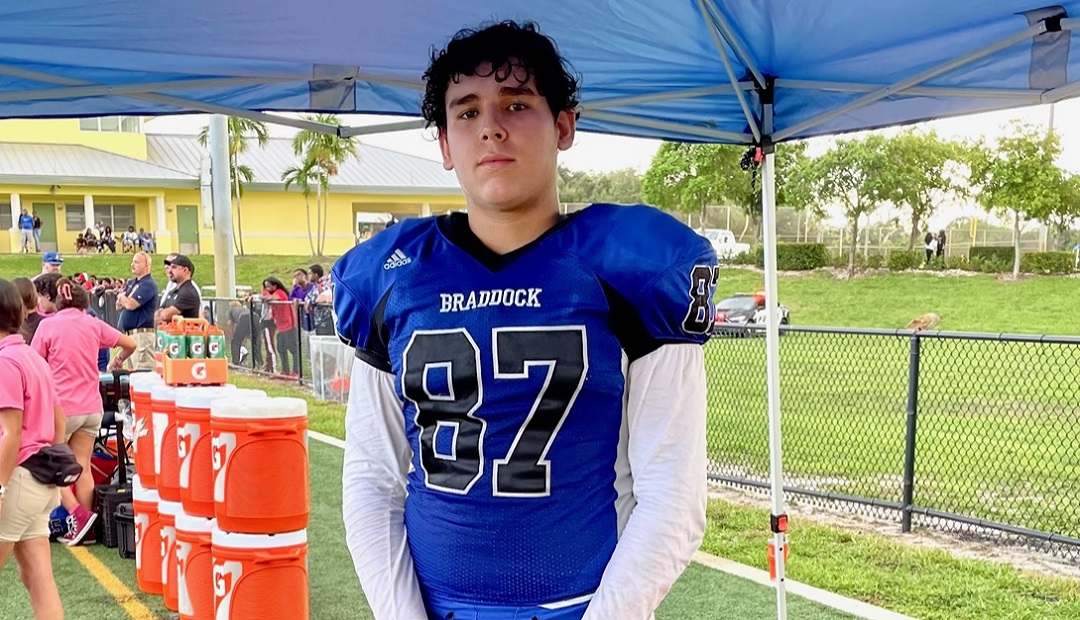 If you were to promote and publicize every top prospect who plays football in south Florida, you could never fit them all in.

There is so much talent in this region of the country, so many athletes are routinely overlooked, and that is not a good thing. With perhaps more recruiting analysts than any other place in the country, you would think that it would hard to miss quality talent, but it happens every year.

While we bring you hundreds of talented football players every year, we sometimes miss out on some prospects that slip under the radar. But with that said, we have had the opportunity to attend more games, practices, camps, combines and 7-on-7 events than most.

With the many football players we get out, the one day that we shine a spotlight on prospects is Wednesday. That is a day when we get five Miami-Dade and Broward standouts. Some who have been on the radar – while others are being recognized for the first time.

Chris Wheatley Humphrey, RB/DB, Hollywood South Broward. Following in the footsteps of his father who was a standout for the Bulldogs, this is someone who is certainly performing at a different level. As a running back, his speed, vision and ability to make huge plays has already been recognized by college coaches all over the nation. Defensively, he is physical and gifted enough to lineup at cornerback or safety. There is no doubt that he is a Power 5 talent who will continue to pick up major offers over the next year.

Malachi Keels, RB/S, 6-0, 180, Miami Westminster Christian. Because there are so many teams in south Florida that get plenty of the spotlight, it’s schools like this, who play a bulk of their games during the late afternoon, that almost beg for more coverage. Here is a two-way standout that is easily one of the best in the state – and as the Warriors continue to race toward a post season spot – this is a talent who will get plenty of attention. Has done it all for a program that jumped out to a 7-1 start.

Alberto Mendoza, QB, 6-2, 190, Miami Christopher Columbus. If anyone had reservations about this young man, the questions were all answered in the GMAC final game against top-rated Miami Central. After starting his career at Miami Belen Jesuit, he made his way over to play for the Explorers last season, won the job in the spring and has not looked back. He is developing into one of the top prospects in his class – with a strong arm and ability to make solid decisions. The best thing about this quality talent is he has a full year to continue to showcase his many abilities on the field – as well in the classroom where he has an impressive 4.85 GPA.

Dorian Perez, DE/TE, 6-2, 225, Miami Braddock. Here is the perfect example of a talented prospect that many have not watched or promoted. Watch him perform and you see someone who dominates from his defensive end position with a great first step and instincts that are only getting better and better. By this time next year, here is a talented student/athlete who has the chance to be one of the best in south Florida – if not the state of Florida. In a recent game against Miami Dr. Krop, he made five plays in a row – eight out of 10 and thrust himself into the spotlight. In addition, when given the opportunity to play on the offensive side of the ball, he is more than a functional tight end. Keep your eye on this impressive talent who is ready to work hard in the off-season.

2024 – Jonathan Rodriguez, OC, 6-5, 280, Fort Lauderdale Cardinal Gibbons. Since coming over from Coral Springs Charter last season, this is one of the most versatile line prospects, who has made the move to center. Because her is versatile and a hard worker, you will see his recruitment soar over the next few months. He is a total package with more than solid grades in the classroom. He is one of three underclassmen that the Chiefs boast on the offensive line. Keep an eye on his progress.

SPRING FOCUS: Chaminade-Madonna Looks To Get Back On Track In 2021

Miami High Searches For Stability In 2022