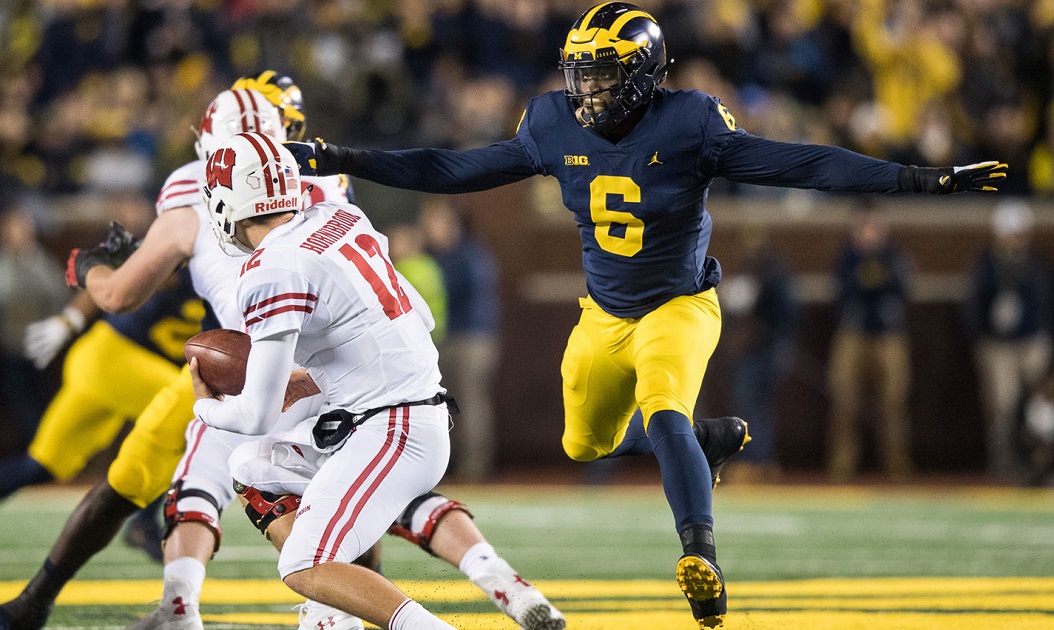 During his sophomore year in high school, Josh Uche attended his first ever football combine to see what he needed to work on. It was something that he was very thankful for.

As someone with a future in football, he and Miami Christopher Columbus head coach Chris Merritt felt that it was the perfect thing to put this linebacker on the map and provide this quality athlete with the knowledge of what it will take to become a better player.

That early morning at Curtis Park in Miami would not only be the start of a career that would one day be productive, but something that put him on the radar – as he ended up turning heads and having many watch and appreciate what a young prospect had to offer.

On Friday night, after a tremendous high school and college career at Michigan, became the 60th player taken in this year’s NFL Draft when the New England Patriots selected him to be that pass rusher that this team truly needed.

Uche, who didn’t see much time on the field during the first half of his career at Michigan – due to injury and illness, appeared in 14 games across his freshman and sophomore years, adding just six tackles.

But in the next two seasons, his hard work, talent and determination. This past season, he appeared in all 12 games and was named the team’s defensive player of the year after tallying 35 tackles (11.5 for loss) and 8.5 sacks.

After three south Florida players were selected in the opening round of this year’s draft, Uche and gifted Hallandale running back Zack Moss added to that total.

Moss, easily one of the best backs in this draft, fell to No. 86, but landed in with a Buffalo team that already has fellow Floridian Devin Singletary on the roster.

Moss, the leading rusher in University of Utah history, was a marquee back after getting out of Hallandale High. He graduated in three years and showcased a big, strong back who could do it all.

He could've come out in the 2019 draft, but elected to return for his senior season and wound up breaking six school records at Utah.

Moss, who came out of south Florida as one of those players who was overlooked by many schools, became the first college graduate in his immediate family after deciding to return for his Senior season. The running back completed the requirements for his Communications degree this past December.

The final day of the NFL Draft should uncover a few more south Florida gems.