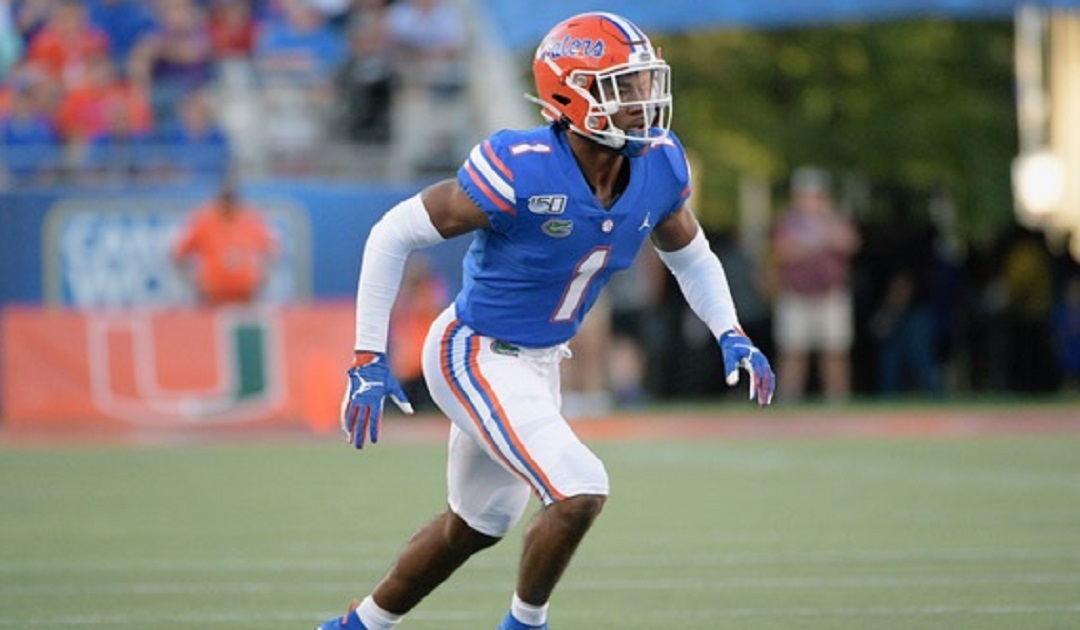 When the 2019 NFL season ended, there were 115 players who were on rosters from south Florida.

From Homestead to Jupiter, this region of the country had triple the amount of talent who were in some form, part of football teams around the league.

On Thursday night, in the opening round of the “Coronavirus Era” of the NFL Draft, three more south Floridians added to not only the overall total, but the record five players selected in 2019 on the opening night.

While he was predicted to be selected in the first round, speedy Miami Christopher Columbus standout cornerback C.J. Henderson, who enjoyed a brief but productive career at the University of Florida, became the first south Floridian selected as the Jacksonville Jaguars took him at No. 9.

Henderson, who exploded on the scene as a freshman in high school at Al Golden’s University of Miami Camp, winning the fastest man competition, is expected to be a huge force at the next level.

When Jerry Jeudy came out of Deerfield Beach and went to Alabama, everyone predicted great things. He never disappointed.

When the Denver Broncos took him with the 15th pick, they received a big play performer who has a chance to provide immediate help.

The south Florida first round parade continued with the 19th pick when the Las Vegas Raiders selected Ohio State cornerback Damon Arnette, who became yet another St. Thomas Aquinas product to gain national exposure in the opening round of the draft.

Arnette, who is a physical performer, will fit in with the scheme that this team has put in place the past two years.

It was the second straight year that the Raiders took a Broward County defensive back. Former Coconut Creek and Clemson standout Trayvon Mullen was selected in the second round (40th pick) a year ago.

In 2019, Nick Bosa (Ohio State-St. Thomas Aquinas) went second to the 49ers, Devin Bush (Michigan-Flanagan) was the 10th selection of the Pittsburgh Steelers, Brian Burns (FSU-Plantation American Heritage) was the 16th pick of the Carolina Panthers, receiver Marquise Brown (Oklahoma-Chaminade-Madonna) went 25th to the Baltimore Ravens and cornerback Deondre Baker (Georgia-Miami Northwestern) was the 30th selection of the Giants.