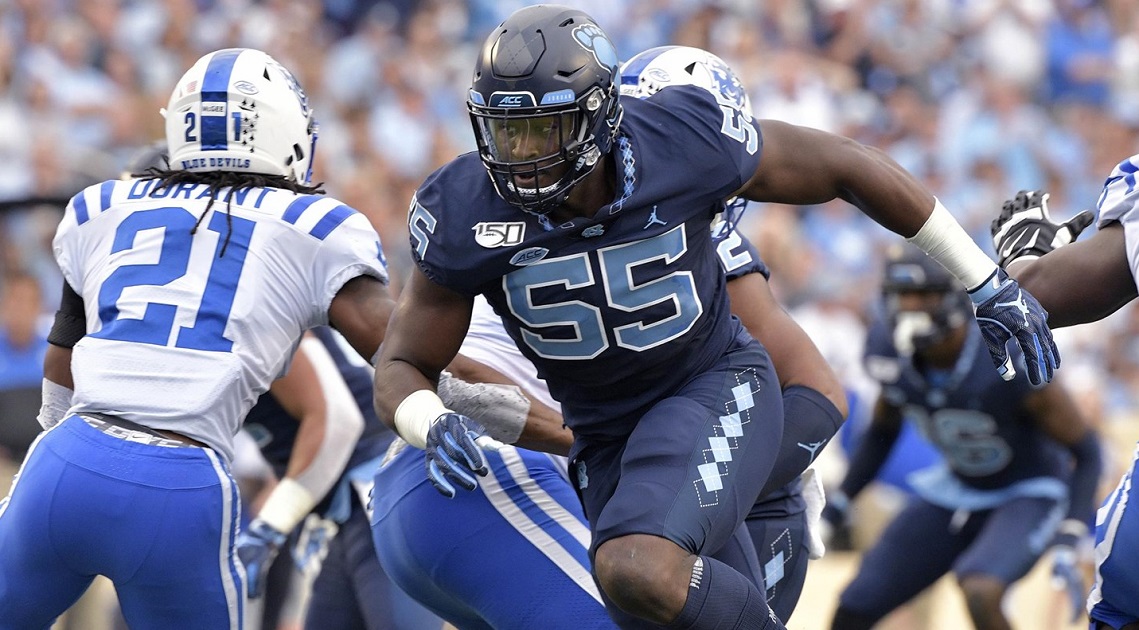 By south Florida standards, this year’s NFL Draft was not considered to be a success.

Not from three counties (Miami-Dade, Broward & Palm Beach) that boasted 5 first rounders in 2019 or had 115 players on NFL rosters at the start of this past season. But before you start pointing fingers and talk about the most prospect-rich region in the country being on the decline, take a step back.

After three first rounders (C.J. Henderson, Jerry Jeudy and Damon Arnette) on Thursday night, and Josh Uche and Zack Moss on Friday, many thought that Saturday would be a banner day for the 305, 954 and 561. It wasn’t. Although there were three more players taken, the total of 8 in the three day “Coronavirus-Era” draft was surprising.

But as much as many continue to look at the 8 players selected, this was an off year, but keep in mind, there are a number of free agents who were added after the draft – and several south Floridians, who were already new to rosters before the draft – so there could end up being a lot more than what the nation saw during the three days.

When Jason Strowbridge was taken by the hometown Miami Dolphins with the 154th pick (5th Round), it gave a local player a chance to shine in front of his fans and family.

The defensive end from Deerfield Beach was a huge need for the Dolphins – and this University of North Carolina product will indeed compete for playing time this coming season.

When he was at Flanagan High, Josh Metellus was considered one of those under-the-radar players who would one day showcase his many skills.

A part of an amazing team in high school, this quality safety did his thing at the University of Michigan – and when the Minnesota Vikings selected him with the 205th pick (6th Round), he continued to live a dream.

When he was recruited out of Lake Worth High School by the Miami Hurricanes, Jonathan Garvin was considered to be an elite player.

Through the next three years, he did his thing for the Hurricanes, and in the 7th Round, the Green Bay Packers selected the defensive end with the 242nd pick.

While we have barely close the book on this draft, many have already started to focus in on 2021 – where former Plantation American Heritage defensive back Patrick Surtain II (Alabama) and Hialeah Champagnat Catholic product Gregory Rosseau (University of Miami) are already Top 10 projections.

Good luck to everyone who was drafted and to those who were added as Free Agents.

SPRING FOCUS – Northwestern Ready To Get Back To State Finals