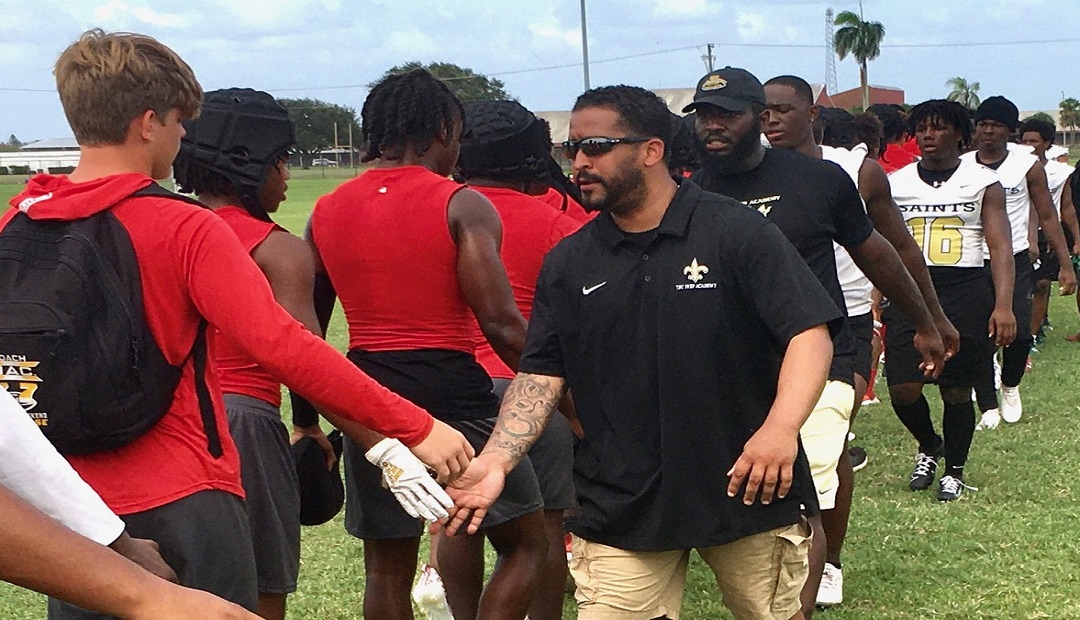 By now, everyone knows the story about how TRU Prep Academy and school owner Mario Smith stepped in to save the day for NSU University School this past season during the pandemic.

With the school not allowing the Sharks to play sports this past season, the athletes who were still on the football team, which was loaded with prospects found a loophole and ran with it this past season when TRU Prep Academy served as the “host” for the football players – while still taking their classes at University School.

The result for Smith, his school and the players was an Independent championship.

With the football players who were left at the school facing an uncertain future, many found new high school homes as several others found their way to colleges from Clemson to FSU, Middle Tennessee State, Wisconsin, USF, Coastal Carolina and a number of other programs.

While it would have been easy for Smith to just chalk that year up and move on, he decided to keep the sports programs alive at TRU Prep Academy, hired one-time Hialeah head coach Gary Sanchez and moved to the next phase.

While nobody will confuse the Saints with last year, Sanchez and his staff are pointing toward the future, building with some gifted athletes.

This past Saturday, TRU Prep Academy took part in the Clewiston Nike 7-on-7, and after reeling off six consecutive wins against top competition, they took defending 4A state champion Cardinal Gibbons down to the wire, losing by 5 in the finals – and in the process – caught the attention from the schools who were on hand.

SETTING THE TONE FOR THE FUTURE
While the group of players that the Saints sent to Clewiston were indeed key to the program – this group will only go as far as both sides of the line will take them, and ironically the team that beat them, Cardinal Gibbons, has played and won with some top-flight big men.

The players who sparked this team all day were Samauri Dukes (WR/DB), who was all over the field with Timothy Carter (RB/WR), Furman Livingston (QB) and experienced defensive back Angelo Ponds to name a few.

DISTRICT CHAMPIONSHIP: No. 2 St. Thomas Aquinas and No. 5 Dillard Tonight