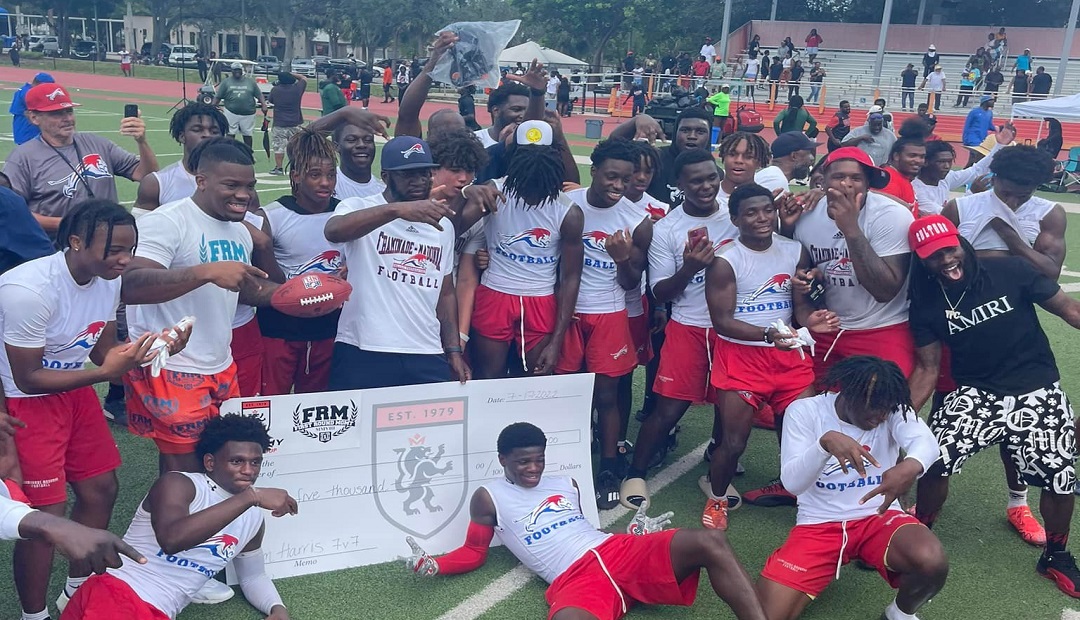 FORT LAUDERDALE – Football fans across the state of Florida and the nation better get used to Chaminade-Madonna holding down the top spot – because the Lions are as good as you will find at the high school level.

While they have proven that they can play this game when everything is on the line – winning four of the past five 3A state titles – on Sunday afternoon, the Lions took home the $5,000 first place prize in the First Round Management 7-on-7 tournament at Carter Park.

With head coach Dameon Jones looking on, the Lions rolled through an impressive field of Miami-Dade and Broward County teams, knocking off Miami Central in the finals.

There is no getting around the fact that this football team is one of the best in the state, heading into the season – no matter what anyone wants to say. They have proven what they can do when games are on the line, and with one of the toughest schedules in the state for the 2022 season, this is a program that can make a major statement.

While Miami Central won the $5,000 first place prize last weekend at the Tutu Atwell event in Miami, they were impressive right down to the wire – along with Final 4 teams Miami Booker T. Washington and Coconut Creek.

In addition to Chaminade-Madonna, Central, Booker T. Washington and Coconut Creek, there were some other teams who made a huge impact on Sunday.

The event was run by one-time Miami Carol City High and University of Miami running back Cam Harris, who did a tremendous job, picking the teams and along with his mother and others, made things run smooth.