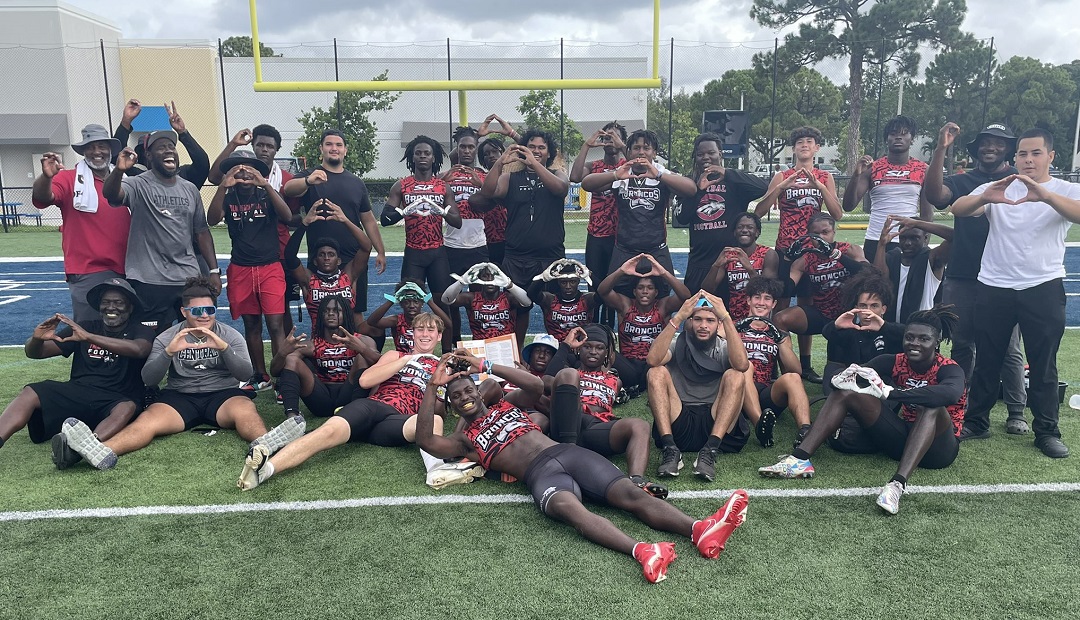 WEST PALM BEACH - With two weeks before the start of summer/fall practice, over 20 teams headed to Keiser University for a 7-on-7 tournament on Saturday, and in the end Wellington Palm Beach Central won the event, beating Lantana Santaluces in the final game.

While the Broncos are one of the heavyweights in Palm Beach County and throughout the state – with The Kevin Thompson leading the way, it was the team on the other side of the field that became the true story.

The Chiefs finished 1-9 last season and has not been a program that many have been watching for quite some time. But that appears to be changing.

After leading Hialeah Champagnat to five consecutive 2A state title games, Hector Clavijo made the move to Palm Beach County in the off-season, and all spring and summer, he has helped to change the culture.

With several camps, 7-on-7 events and combines, Clavijo and his staff have done exactly what made him successful with the Lions.

Among the programs in the Final 4 included head coach Anthony Walker and Monsignor Pace, who reached their fourth Final 4 of the summer, Miami Southridge, which was upset by Port St. Lucie in the quarterfinals under the direction of Pierre Senatus.

Also, Coconut Creek Monarch and head coach Calvin Davis surprised everyone by reaching the Final 4, and Coach Johnny Sloane and his Coconut Creek Cougars, who were the defending champions of this tournament, and winners last week in Miami. Pompano Beach also made the trip north.