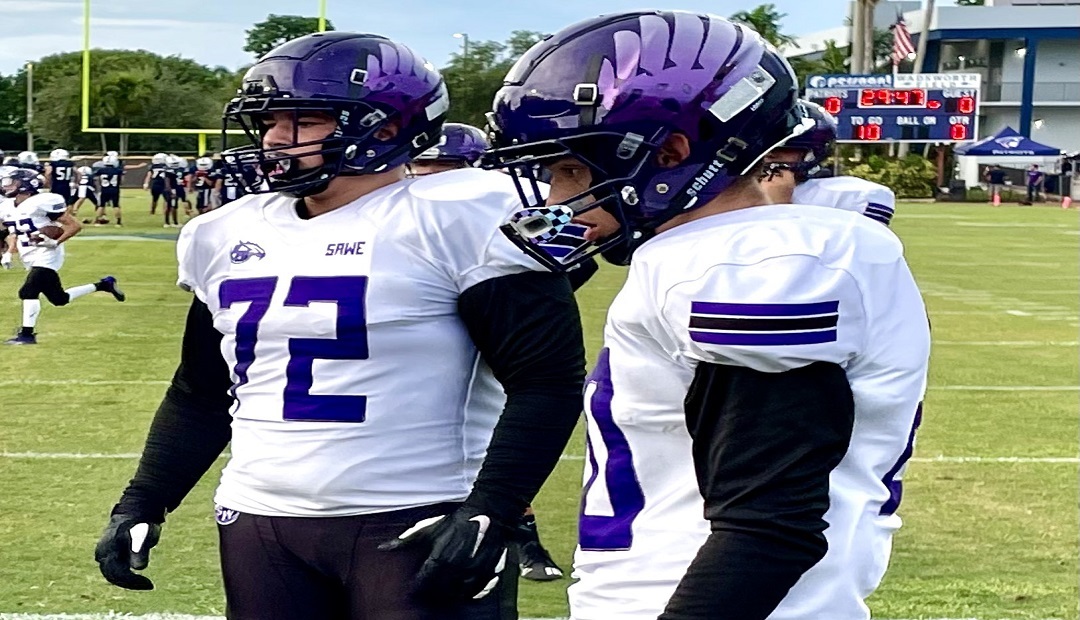 When it comes to football in south Florida, you have to face it – the more recognized teams get more of the spotlight.

While it’s always been that way – not only here – but just about anywhere football is played, we have helped to make the best of it. Instead of being that ongoing solution, we have long found a way to not only appreciate the quality teams and talent, but everyone who plays the game.

We have never really recognized stars, because often times, they are awarded by people who do not totally evaluate players. They don’t go beyond the playing field.

By missing out on character and the opponents you line up against, the player is not fairly being evaluated. That’s why game film is such a huge enhancement. Coaches can see everything but that important character part of the process.

Also, we understand that for every major college player there is, you can guarantee that there are 50 times that who will play and attend college at every level.

Tonight, there are a number of games going on that normally would escape the spotlight, but with the University of Miami playing and the attention directed away from the high school fields, we are here to bring you a few games to watch.

Piper at Fort Lauderdale (Lockhart Park), 7. Nobody works harder year-round than head coach Richard Dunbar and the Flying Ls. Coming into this evening’s game, this is team still looking for a regional playoff bid, and every game will count.

The Bengals are also another team with some young players and coaching staff who works hard to get this program in the playoff mix once again.

South Broward at South Plantation, 7. The Bulldogs have been a pleasant surprise for head coach Charles McCrea as they head into this evening’s game with a 4-1 record and a chance to continue a push toward a playoff run.

The Paladins are a team that continues to go through this building process that every program goes through. They are hoping that what happens this season will get this team better moving forward – with a young and inexperienced team.

Southwest Miami at No. 16 Palmetto (Tropical Park), 4. Lesson learned last week and nearly cost the Panthers the game against Christopher Columbus, so now you use that moving forward and that is what will be needed as the season now crosses the first half with just the one setback to Miami Killian.

The Eagles are a young team who are certainly searching for an identity. The prospects are there, but the problem is not enough of them to get them over the hump. This is an exposure game where the young players will learn and the seniors certainly will understand that this is the time to shine and make a statement.

The Thursday slate of Miami-Dade contests go beyond those “featured” matchups, here are some more games to check out:

Receivers Open Some Eyes At Under Armour Combine