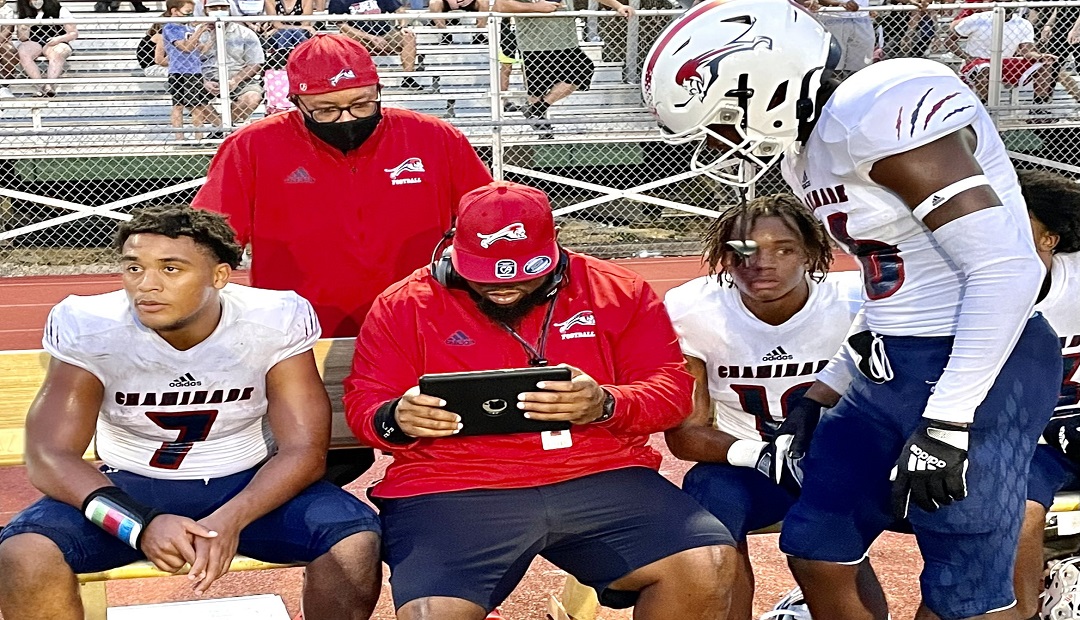 If you are a football fanatic, today is what you really live for.

Marquee games – right here in south Florida with just about everything on the line.

From Fort Lauderdale and Miami to Tampa and even Georgia, south Florida will once again be in that spotlight that they are so used to.

It is a day/night that will help determine some immediate, and long-range plans, for these programs who have battled everything to reach Week 6 - where the rules stay the same, but that stake rise.

We have five games that will have a direct impact on the state and local rankings – with No. 1,2,4,5,9 and 10 in action against quality competition.

GIBBONS PUTS EVERYTHING ON THE LINE

No. 6 Plantation American Heritage (1-2) at No. 1 Cardinal Gibbons (4-0), 7. While this has not been much of a rivalry through the years – with American Heritage holding a huge advantage – it has become a yearly game that these teams and their fans look forward to.

While the Chiefs and head coach Matt Dubuc come into the game unbeaten and No. 1, this evening is only the start of a stretch that will include the Patriots, No. 3 St. Thomas Aquinas and No. 2 state-rated Venice.

This stretch will tell the defending 4A state champs if they are a national power or a team that is just looking for defend their crown.

For the Patriots, who have played just three games, this season has been a disappointment already. This was a team that some went as far as rating them top 10 nationally, and with a 1-2 record, head coach Pat Surtain and his team, who won 5A last year, can turn things around in eastern Fort Lauderdale. Expect a war!

Coach Roland Smith’s Rockets are impressive again – losing to the No. 2 team nationally on the road and Top 15 team on a missed field goal. They are loaded with talent, well coached and believe, as two-time defending state champions, that the stage is theirs.

For head coach Max Edwards and his Bulls, this is another of those games that will help his team get back in the state championship mix – and while they continue to avoid the kickoff classic drubbing by Venice and an IMG butt-whoopin’, they are vulnerable to big plays against high level teams.

Make no mistake – whatever team you choose – there is never a guarantee that they will win. Greatest rivalry in south Florida.

No. 4 Chaminade-Madonna at Sanford Seminole, 7. Very interesting road matchup for a Lions’ team that has played the toughest schedule in the state – if not the country. After beating national power Buford on the road in Georgia, head coach Dameon Jones and his team find themselves in a place where they do not lose much. The defending 8A state champion Seminoles have not lost a regular season game in nearly three years, and are loaded up once again. Scoring points will be a must for Chaminade-Madonna. Relying on that amazing defense is nice, but there will be a need to get the ball into the endzone at a hostile environment. Can the Lions pull two shockers in this young season?

No. 10 Champagnat Catholic at No. 5 Gulliver Prep, 4. There is no getting around the fact that the Raiders still do not get the respect they deserve, despite being unbeaten in the regular season for much of the past three years. While the two-time defending 2A state champions have the talent, will it be enough to derail head coach Earl Sims and his gifted program? This should be interesting.

Not enough of that spotlight is on coach Hector Clavijo and his Lions. They have been to the state finals five consecutive years and have great chance of making it six – with a young team.

No. 14 Western at Cypress Bay, 7. With losses to powerhouses Chaminade-Madonna and St. Thomas Aquinas, head coach Adam Ratkevich and his Wildcats can start making that serious run in 8A – with a roster loaded with elite players and some top coaches.

For head coach Rocco Casullo and his young Lightning, the return of a packed house and excitement in Weston is what this evening is all about. This is a fan base that has waited for the return of winning football, and this program is certainly making some major strides. Should be a very exciting time for both sides as football fever will be in western Broward County.

In addition to those marquee games, there are plenty more in Week 6 to keep an eye on:

Monsignor Pace at No. 17 Christopher Columbus, 7:30