Week 6 Wrap: South Florida Is Starting To Heat Up 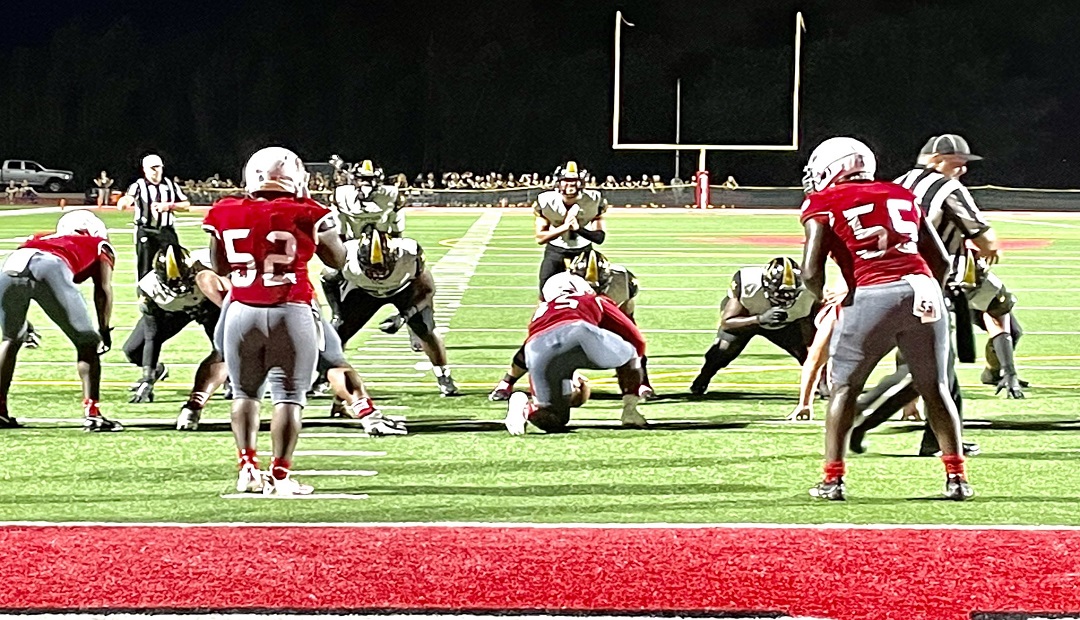 No other weekend illustrated how impressive and deep the talent level is in south Florida like this past weekend.

Several teams from Miami-Dade and Broward Counties were involved in games this past weekend that everyone across the state kept an eye on.

While the always talent-filled and competitive Miami Central and Miami Northwestern game at Traz Powell Stadium pegs the national meter, no matter what the records may be, and last Friday night was no different.

In a game that came down to the wire, the 3-2 Central Rockets used a game-winning field goal in a 24-21 decision – and bragging rights once again.

While the game did nothing as far as the playoffs are concerned for either program, both still looking strong for another run – with Miami Killian and Plantation American Heritage being major obstacles in 5A for head coach Roland Smith and his Rockets.

For head coach Max Edwards and his 4-2 Bulls, the hurdles in 6A are unbeaten Naples, Fort Myers Dunbar and the No. 1 team in 6A, Tampa Jesuit.

HERITAGE FINALLY GETS TO PLAY

It was over three weeks since head coach Pat Surtain and his American Heritage Patriots had played a game, and right out of the gate, the assignment was the top team in the area, defending 4A state champion Fort Lauderdale Cardinal Gibbons and head coach Matt Dubuc. From the start of the game, it had all the signs of being a battle – and in the end- a field goal with time running down by Julian Ramirez, the Patriots had escaped the previously unbeaten Chiefs at home, 23-20.

For the 2-2 Patriots, it was a big win as they move ahead and battle Miami Central and Miami Killian in 5A – as they are looking to get back to defend their state title.

CHAMINADE-MADONNA KNOCKS OFF ANOTHER GIANT

It has come to the point where head coach Dameon Jones and his football program should be the headliners and not a team that is playing against the heavyweights.

After beating No. 1 Buford, Georgia on the road, the assignment last Friday night was just as daunting – with a trip to play at Sanford Seminole.

What the Lions did was go up and beat a team that had not lost in the regular season in nearly three years, and hadn’t lost in 17 games, which included an 8A state title.

The exciting 26-23 win against the Seminoles gave this team a 4-1 start, with only a loss to Plantation American Heritage that has kept this program from being higher nationally.

AVANT GARDE STAYS UNBEATEN
We all know that Coach Daniel Luque has always been able to put together a solid coaching staff and teach his players. He did it for so many years at University School – and now this year – in Hollywood at Avant Garde Academy.

While this program is not new, what Luque, the coaches, players and administration have done in such a short period of time is indeed impressive – and last Saturday’s home game against Immokalee at Lockhart Park in Fort Lauderdale showcased a program that will be tough to beat as they showed in a 48-0 win, staying unbeaten.

WESTERN IS STILL ALIVE AND READY

When head coach Adam Ratkevich and his Western Wildcats lost on opening night to 3A powerhouse Chaminade-Madonna, last week to national power St. Thomas Aquinas, many chalked it up to a team that was playing state championship pedigree and the climb would be tough – and they may be right.

What the Wildcats have learned in those losses will go a long way as they look to make a statement ion 8A.

In last Friday’s convincing 36-3 district win over previously unbeaten Cypress Bay and head coach Rocco Casullo, this team showed exactly why they will be a force the rest of the way.

THE REST OF WEEK 6