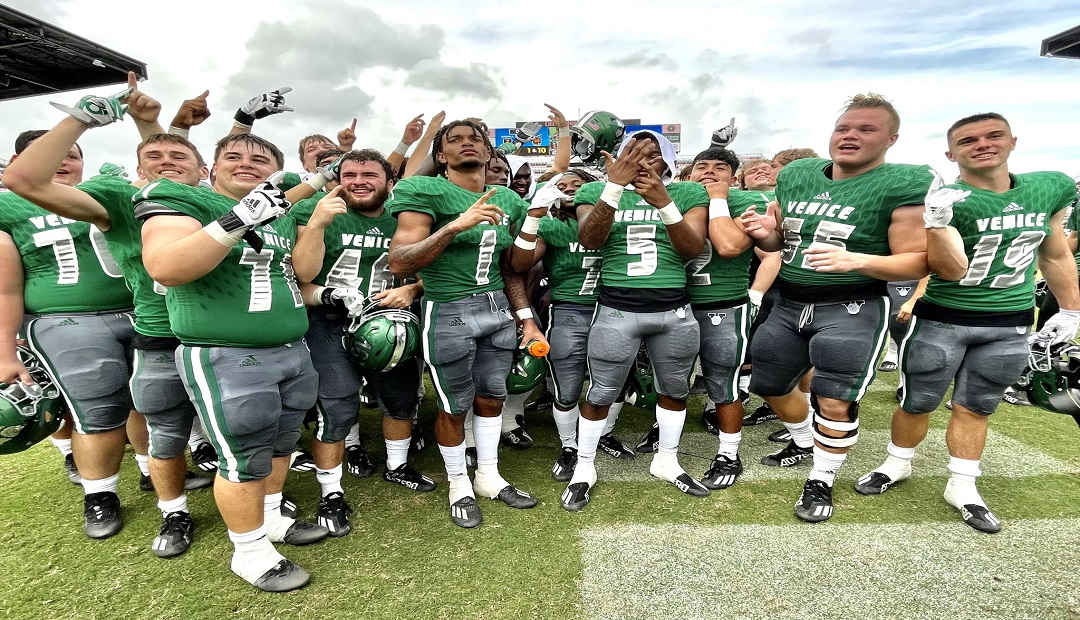 Where do we start?

Well, first of all, a big thanks to the FHSAA, who brings the “A” game for football each and every season – no matter where the site may be. They were A+ this past weekend.

Secondly, the Broward County Athletic Association (BCAA) – with Shawn Cerra and Rocky Gillis, and a staff second to none all weekend - start to finish!

The Inter Miami CF organization, which rolled out the welcome mat – many, many times over at a facility that is indeed state-of-the-art. Their entire staff bent over backwards for American high school football, and never flinched.

They have let the BCAA and other schools use their practice facilities since they opened, and that has certainly no gone unnoticed.

Finally, someone that was there from start to finish to ensure that this was an epic trip to south Florida for teams, fans and administrators. Someone who was behind the scenes, but was easily the person that needed to be thanked over and over again.

Mike Sophia, a sports-industry veteran with years of experience, and was responsible for bringing high school state football championships to south Florida 13 years ago, has lead the ongoing efforts to attract professional, collegiate, amateur and recreational sporting events for the Greater Fort Lauderdale Convention & Visitors Bureau to what is now DRV PNK Stadium.

The former site of Lockhart Stadium, which had been home to so many memorable events, and that was what Sophia wanted to rekindle, and he has, and will continue to do.

From the 10 schools with their fans and administrators who came for the five state championship games, the complaints were minimal and of course, very correctable, as the games will return in 2022 – and nobody, from Miami to Pensacola will complain – one bit.

When all was said and done, it was all about the football players, their coaches and fans that this was all about.

From Thursday night’s thrilling 21-19 win in the 4A Class by Fort Lauderdale Cardinal Gibbons for the second straight year – the Saturday night’s unexpected thriller by Pensacola Pine Forest and Tampa Jesuit, this was three days that this area – and those who were experiencing this amazing football fest – will long remember.

On Friday afternoon – in a game that really should have been moved to Saturday night to attract a much, much larger crowd, Miami Central and head coach Roland Smith had no problem beating his good friend and one-time University of Miami teammate Hurlie Brown and his Merritt Island Mustangs, 49-14 – with a spirited afternoon crowd that saw the Rockets win for the third straight time – and 8th overall.

That night, coming from just three exits away on I-95, the two-time defending 7A state champion St. Thomas Aquinas Raiders who brought their fans and plenty of talent, beating previously unbeaten Tampa Bay Tech, 42-14, as head coach Roger Harriott and his Raiders rolled to a 14-1 record this season and a top three state finish.

Saturday was all about supporting the teams from outside the area – starting with the 8A state championship, where Venice and head coach John Peacock had been the talk of the state. The Indians finished the season off with a convincing win, 35-7, over Apopka.

Both schools brought fans from about the same distance away, and it was evident from the start, that Venice would be the talk of the largest classification in the state, while Apopka looks forward to another run at a title with head coach Jeff Rolson.

On Saturday evening, it was a given that Pensacola Pine Forest would have no answer against the No. 1 team in Florida, Tampa Jesuit. It was to be a formality for head coach Matt Thompson and the Tigers who would win their first title in over 50 years against a Pine Forest team that had to travel 653 miles from Florida’s Panhandle to play against the best the Sunshine State has to offer in 2021.

Well, good things that they do not play these contests on paper – because the over 2,400 fans who came out to watch wouldn’t have been part a game that was as exciting and unpredictable as you will find – with the Tigers coming from 19 down to win 35-29 in a tremendous contest.

The five games in three days comes to an end – with the hopes that they will move 2A and 3A down here for next year as well – leaving Tallahassee with a 1A contest that will bring the most fans.

It is all about the student/athletes and all the people to thank would be endless.

Stay tuned for our year-round coverage – as we have done over a half century.