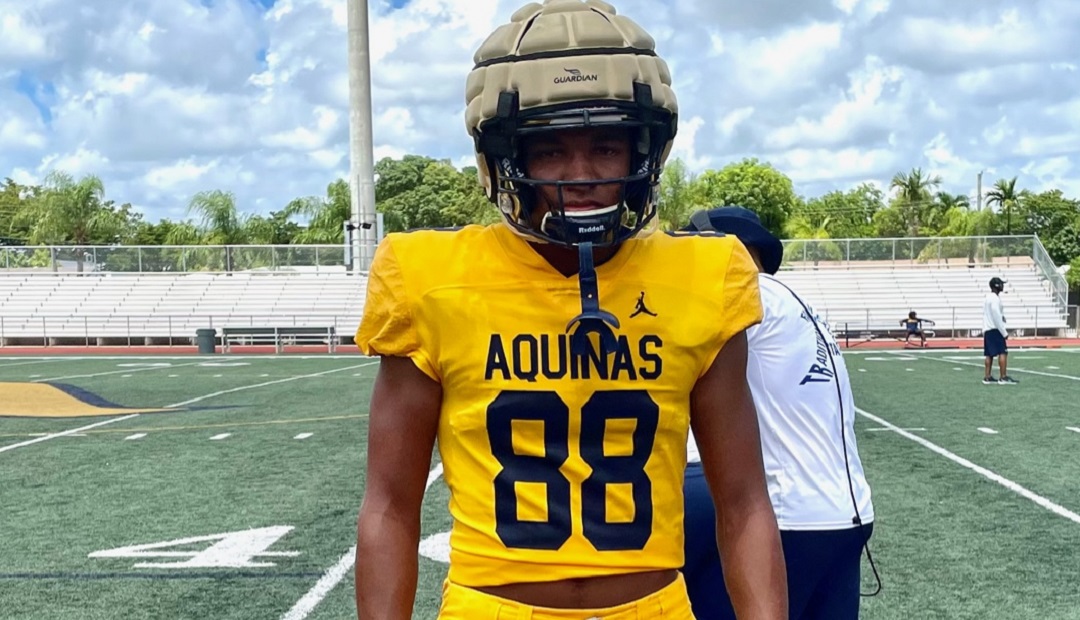 There are very few recruiting sites across the country that has an opportunity to watch as many prospects as we do.

Getting out and seeing these young men from five feet away and watching everything from talent to character is something that makes all the difference in the world.

If you understand the recruiting process, you know that watching film is a small part of evaluating athletes, but some who want to be an authority or part of this lengthy process continue to watch film and never see these prospects in person.

Talk to colleges and coaches will tell you that they can watch film and evaluate any time. They have the same access to the talent as you and I do. But the one thing that they cannot see from film is perhaps one of the most important parts of recruiting. You cannot tell character from watching a film clip. There is no way that you can honestly say that while the athlete may be quick and talented, there could be a major character flaw, and whether those who want to play a role in the recruiting process admit it or not, that could be the difference of how successful the athlete will be.

Throughout the year, we bring Miami-Dade and Broward players and teams right to the coaches and fans. The back stories on prospects and intangibles will go further than how many tackles they make or touchdowns they score.

Today, once again, we bring you five prospects to keep an eye on as the season is now getting started. It’s something we did in the offs-season and will continue to do right through this season.

2025 – King Davis, RB, 5-10, 165, Miami Northwestern. From the first time we watched this quality talent perform, there was no question that he was going to be one of the best in the nation for his class. Fast, strong, instinctive, mature and knew what it took to have success at the high school level. From watching his older brother, this is a gifted football player who is indeed a huge part of the future for this program as the continue to reload.

2023 - Kamari Frederick, DL, 5-11, 290, Pompano Beach Blanche Ely. Making his way over from Deerfield Beach, there is no getting around the fact that this was one of the premier prospects in his class two years ago, and he remains at that level today. Strong, athletic and has everything it takes to be a solid nose tackle – down to the fact that he is smaller for a defensive lineman but does not lack leverage and skill to dominate for the Tigers this coming season. Another of those flying under-the-radar talents who has a chance to be very special.

2024 - Alejandro Isaza, RB, 5-9, 170, Miami Archbishop Carroll. At a school that is truly hidden from the spotlight, here is a versatile football talent that represents the future of this program. With head coach Jorge Zagales and his staff, you can already see how they have brought out some quality skills that this young man has. He is only going to get better, and with the season upon us, this is a name that you will hear about on both sides of the ball. He is that talented!

2023 - TeKai Kirby, TE, 6-4, 220, Fort Lauderdale St. Thomas Aquinas. There are very few football players in the state who have transformed themselves over a period of 12 months like this quality young man has. The son of former University of Virginia and NFL standout running back Terry Kirby, his body has developed into someone who will put on more weight in the next few years. He has the size, skill level and a work ethic that very few have. Also headed to attend Virginia, this is definitely a student/athlete to watch in 2022 and beyond. If he continues to progress each year, it could get scary.

2023 – Walter Parrish, WR, 6-3, 190, Coconut Creek Monarch. Yet another football talent who had an amazing off-season, in the spring, at camps, combines and at 7-on-7 events. As many receivers in the region continued to get the spotlight shining in their direction, this is one who has remained consistent and has worked hard to elevate his game. The Knights have surrounded him with plenty of skill that will only help and enhance his game.