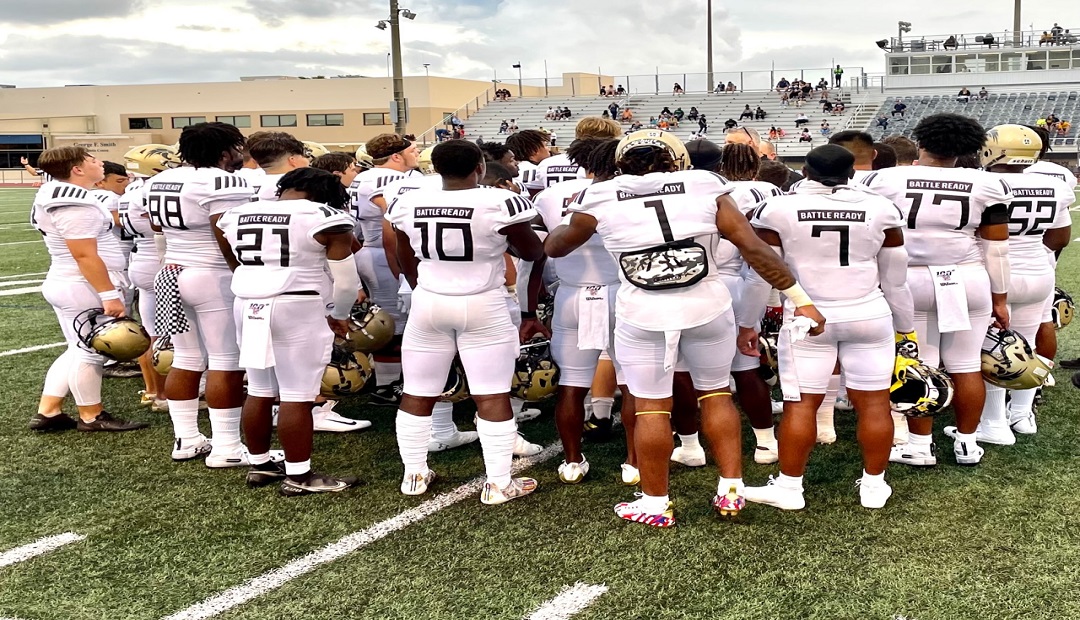 Since last December, there have been all-star games, camps, combines and 7-on-7 events – all designed to get ready for the 2022 high school football season.

When Fort Lauderdale Stranahan and Life Christian of Virginia kick it off in the Inaugural Broward County Football Showcase at 4:30 today at Western High Stadium in Davie, that long off-season will come to an end.

The game, which is one of seven contests that will be played over a three-day period at Western, Fort Lauderdale Cardinal Gibbons, Dillard and St. Thomas Aquinas, will indeed usher in a new season – as Miami-Dade and Broward Counties schools will join the rest of the state today, Friday and Saturday for the first week of a new season.

Head Coach Travis Harden and his football team are hoping to get off on the right foot in this showcase classic.

For head coach Charlie Scott and his Eagles, opening the season last week against Collins Hill is just part of the growing process.

This is a team that has as challenging a schedule as you will find, and while the players are young, this is indeed a program that will continue to find out about each and every player as the season moves along. They were 4-6 a year ago.

John’s Creek, Georgia at No. 8 Davie Western, 7:30. The nightcap on Day 1 will feature a rebuilding Georgia program under the direction of first year head coach Drew Connell against a Wildcat team that has been building for this season the past four years.

The Gladiators come to town after an opening setback to power Parkview after winning 24 times the past three seasons.

They are young, but are well coached an have playmakers.

Speaking of playmakers, Western has more than their share – with a senior quarterback that is easily one of the best in Florida – and most productive in Broward County.

Coached by Adam Ratkevich, the sites have been set on playing for a 4M state title this season, and they have the talent to do it.

Both games will be part of five games to be telecast on FLO Sports.

In addition to the Showcase kickoff, here is a look at the schedule for the first week of the season which include Miami-Dade and Broward schools:

No. 15 Miami Gulliver Prep at Rockledge, 7

No. 5 Miami Northwestern at Venice, 7

Hialeah Gardens Will Rely On An Experienced Senior Class