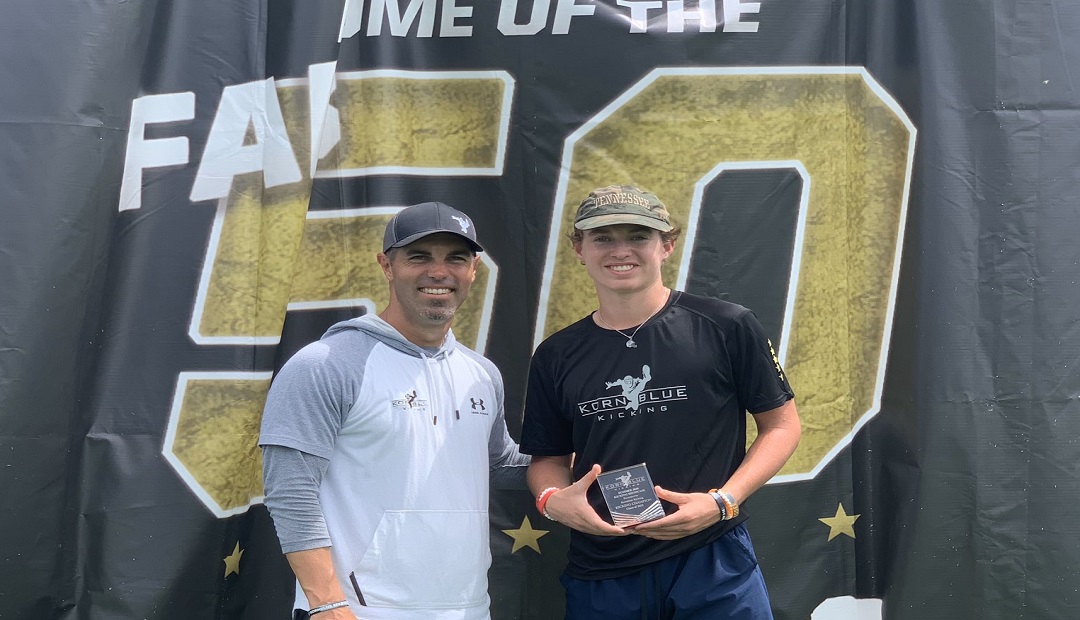 As we continue to find out every year, special teams certainly dictate the outcome of games – at every level.

Kicker, punter or long snapper, football has evolved into games being dictated by a snap, field goal, extra point of kickoff – or a punt that pins the opposing team back in their territory.

With Brandon Kornblue (Kornblue Kicking) hosting showcases across the country, he and his staff have worked around the clock to come up with national rankings – and at just about every level there are south Floridians right in the mix.

Starting with the Class of 2022 – where University of Virginia commitment Will Bettridge (Miami Gulliver Prep) was selected as the No. 1 prospect in the country for what he has proven and accomplished the past two seasons, heading into his final year.

Also, among the locals include Miami Ransom Everglades and Wake Forest commit Caleb Carlson at No. 11, Miami Central versatile standout Jayden John at No. 20 and Miami Christopher Columbus prospect Luis Palenzuela at No. 21, Dean Gordon of Pine Crest at No. 40 and Coral Springs Charter’s Richie Matson at No. 49.

UNDERCLASS ELITE ON THE WAY

As impressive as the seniors are, the underclassmen from south Florida are also among the best in the country.

Kickers such as 2024 standout Gabriel Perez (Somerset Academy South Homestead - No. 21) and talented Kristian Hobbs (Davie Western) at No. 22 – as well as Fort Lauderdale Cardinal Gibbons’ 2023 prospect Christian Silverstein at No. 27.

Other underclassmen rated in the list include Samir Atassi (2023, Hollywood Chaminade-Madonna) at No. 32, Robert Czeremcha (2024, Miami Christopher Columbus) at No. 35.

2023 Receivers Could Be The Best In The Nation