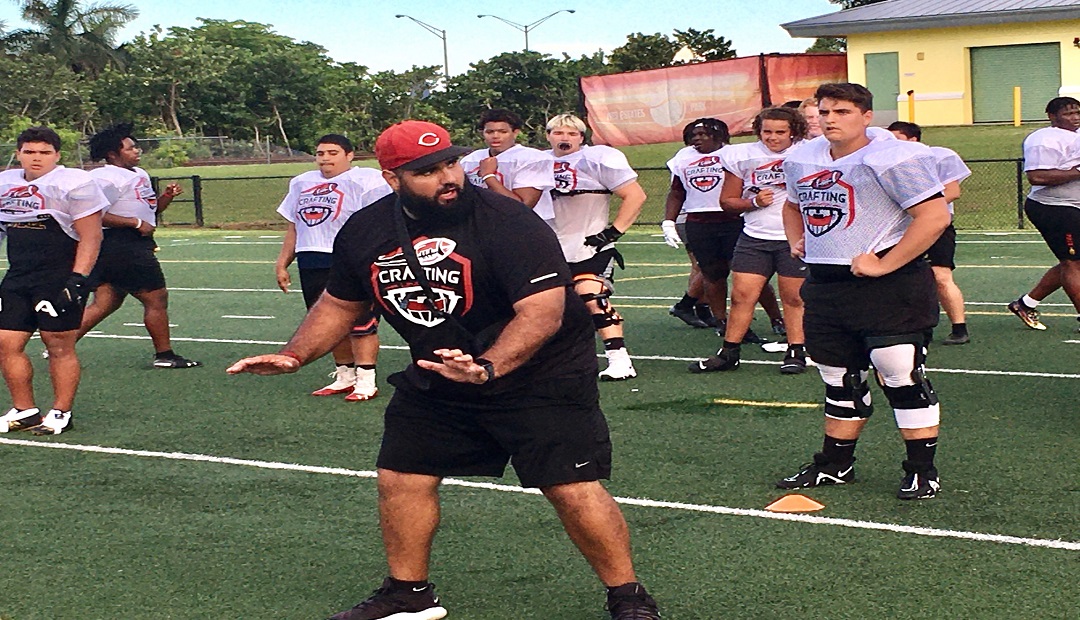 When projecting into the future with football prospects, it is never an easy thing to do.

Growth and so many other factors play a huge part in looking into a crystal ball and trying to see where this freshman or sophomore will end up. Many change positions two and three times before settling in on the right spot.

One of the toughest positions to really call early on is the offensive line. It is much easier than it used to be – with more camps and showcases available to see what certainly athletes have, competing against others. You can also watch their growth as well.

With both sides of the line of scrimmage a major factor in recruiting each year, south Florida has recognized that and has added more coaches who have played the game and are ready to teach what they know.

As we have told you – leading up to the 2021 season, we want to make sure that all of south Florida (Miami-Dade & Broward) lists are up-to-date, and that is why we’ve been releasing so they can be looked at and changes made. We have nearly 3,500 college coaches following our various social media forums, so the objective is to get it right.

As we continue with our 2024 class, here are some offensive linemen to keep an eye on this coming season.

THE TALENT CONTINUES TO IMPROVE

In addition to the names mentioned, there are others that we continue to list in the class who are starting to jump on the radar screen.

Here are some additional prospects to check out:

American Heritage Will Once Again Be A Major Force