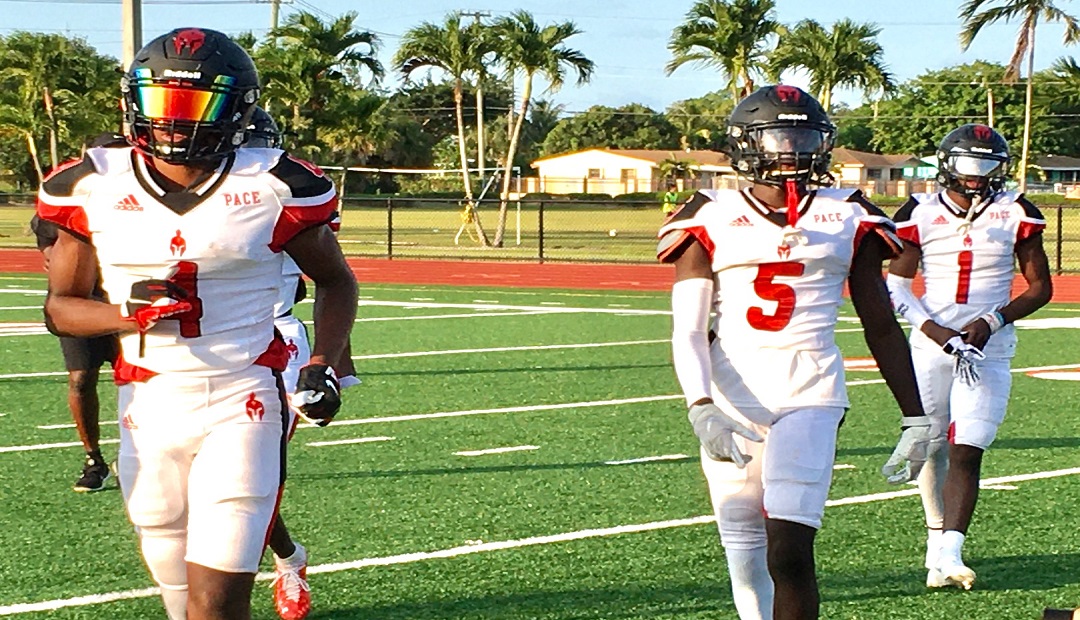 If you tried to think back to the last time Miami-Dade and Broward Counties didn’t have a number of quality receiving prospects, you may be there looking back for quite some time.

The position has always been impressive, dating back to the 50s and 60s when the area featured some national recruits.

Maybe it’s because of 7-on-7 or the great instruction they get from the coaches and in the off-season, but for what ever reason it is, south Florida has never had a shortage of pass-catchers in any class.

With the exposure that many of these prospects get around the year, you can see exactly why college coaches – at every level – make sure that Miami Dade and Broward is one of the first places you search for slot receivers or those who can dictate play – like so many have on a national stage.

As we continue to get our prospects out there for many to see and know about, we are also in the middle of transfer season – and that signals that many have gone to other schools – not letting college coaches know.

What we ask is that if you see any player that is out of position or switched schools, please let us know so the thousands of college coaches who follow our various social media forums will have the correct information.

What the coaches will see are some mighty impressive sophomores. Many who have already stepped up to make a lasting impression.

In addition to that quality group, there are also some more receivers on their way up as well:

TRACKING POSITIONS: Keeping An Eye On The Football Talent In Miami-Dade & Broward Counties Year Round. https://larryblustein.com/prospects/tracking-south-florida-prospect