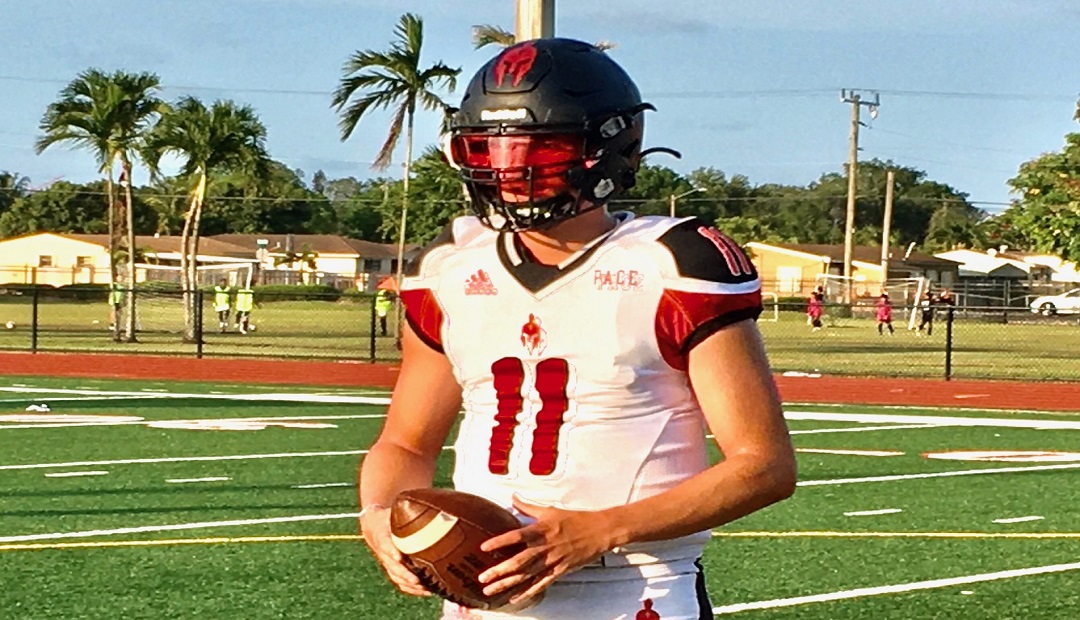 For years, south Florida was not the real hotbed if you wanted to find quarterbacks.

The athletes that were developed in Miami-Dade and Broward Counties were just that – athletes. The pass a majority of the time mentality didn’t resonate with so many gifted football players that could play multiple positions.

While this region still has those types of athletes, there has been a move to attending more events that teach technique as well as being able to play and appreciate the position.

Ass arm strength and speed are still a lethal combination, what this area has evolved into is a haven for well-schooled talent that has a chance to make a statement at the high school and collegiate level.

As you already know that we list EVERY prospect in Miami-Dade and Broward Counties, which are updated all the time.

These lists are not only for the fans to enjoy and benefit from, but the main purpose is to get more exposure and become a part of the recruiting process. College coaches at every level read the things that we put out every day.

The Class of 2024 quarterback position will once again feature some prospects that many already know about – and at the same time – are seeing publicized for the first time.

Remember, these are NOT rankings. They are a watch list that will continue to grow and change – with so many student/athletes making a move all over the two counties.

WAIT – THERE ARE MORE

As you already know, there are new prospects emerging all the time – and that is why we are keeping track, so colleges will know where they are at.

Here are a few more to keep an eye on:

For the past 51 years, we have spent plenty of time on football fields throughout the country. From games to practices, camps, combines and 7-on-7 events, we remain steadfast to promote all south Florida’s high school football prospects. Follow us on Facebook (Larry Blustein) Instagram (@OurBoyBlu) and Twitter (@larryblustein). Contact us at: This email address is being protected from spambots. You need JavaScript enabled to view it..