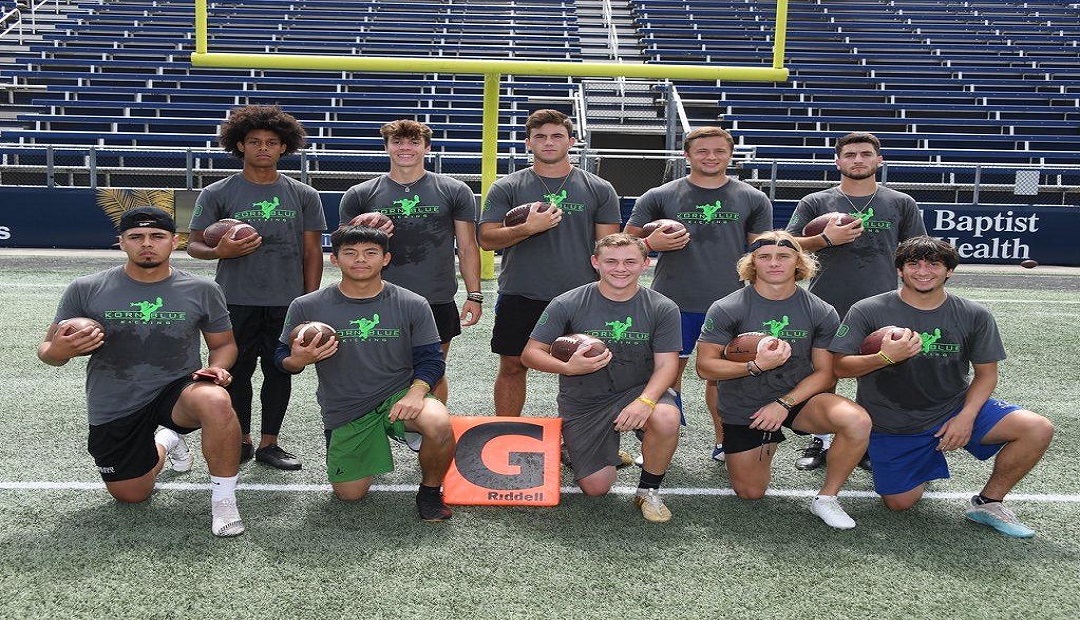 If you’ve noticed over the past few years, kickers and punters have been getting some spotlight like never before.

With long snappers being draft to kickers and punters being a factor at every level, the attention continues become greater.

With showcase events and the spotlight shining on so many gifted athletes.

As we continue to do – throughout this off-season is build our database so the thousands of college coaches who follow us – will be about to see accurate player information.

Today, we bring you Miami-Dade and Broward’s top kickers and punters – and as we promote these talented prospects, if there are any changes that need to be made – please let us know: This email address is being protected from spambots. You need JavaScript enabled to view it..

THE ELITE GRAB THE NATIONAL SPOTLIGHT

There is no hiding the fact that kickers and punters in the state of Florida – south Florida in particular – are being looked at more than ever.

This Class of 2022 is truly loaded – led by the nation’s top kicking prospect, Will Bettridge from Miami Gulliver Prep. On his way to the University of Virginia, he is indeed the blueprint for a student/athlete – with high grades, playing multiple (basketball, baseball) sports and being someone who was never afraid of competition.

While Bettridge has received plenty of exposure, the south Florida area – with amazing coaching – has really taken a huge step up.

Prospects such as Class of 2022 head-turners Jayden John (K/P, Miami Central), who has been a huge boost for the two-time defending state champions, and impressive Luis Palanzuela (K/P, Miami Christopher Columbus), an impact specialist that has been making headlines at events everywhere.

There are other 2022 specialists to watch as well:

UNDERCLASSMEN WILL ALSO BE WORTH WATCHING

As gifted as the senior class is – the kickers and punters in 2023, 2024 and 2025 are also putting themselves on the map – with fast-rising Samir Atassi (K, Hollywood Chaminade-Madonna), Jeffrey Hernandez (K/P, Coconut Creek) and impressive Christian Silverstein (P/K Fort Lauderdale Cardinal Gibbons).

The Class of 2023 also has some others to keep an eye on: