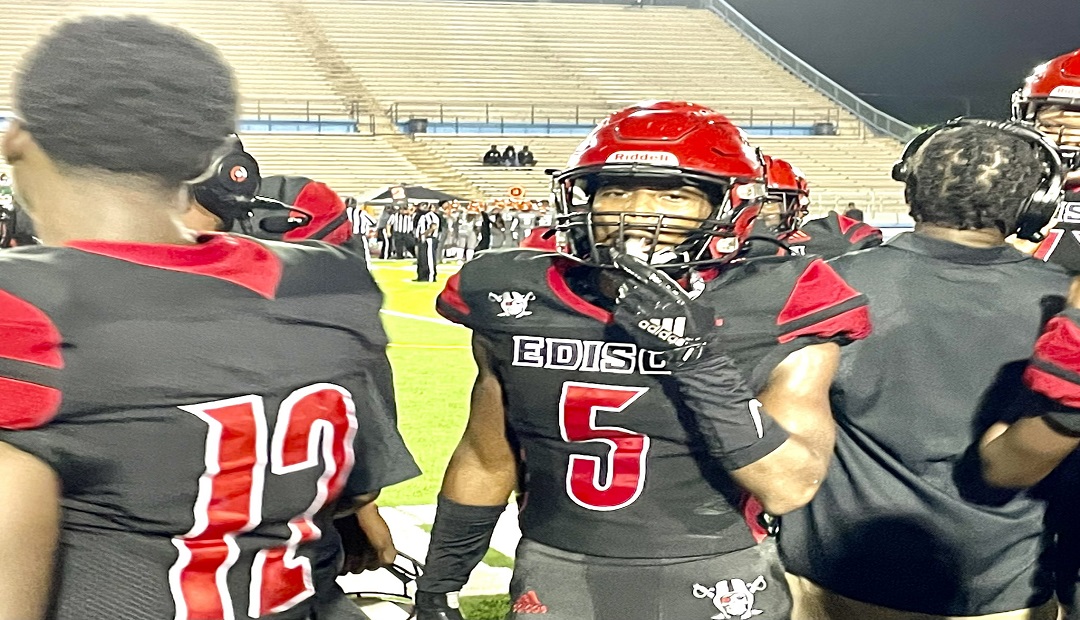 Where do we start?

Well, how about five of the top six teams in south Florida going down? That is the place that we will look back at.

The Rockets lost to national powerhouse Las Vegas Bishop Gorman on a missed field goal, 21-20. Central (0-2) opened against two of the best teams in the country and hung tough in both. The game against Bishop Gorman was played without standout quarterback Keyone Jenkins, who is likely out for some time.

You know that head coach Roland Smith and his team will be back – now playing Booker T. Washington, Miami Springs, North Miami Beach, rival Northwestern, Hialeah Miami Lakes, Edison, and perhaps another meeting with Northwestern in the GMAC playoff game.

For St. Thomas Aquinas, it was a week where the Raiders were to play longtime local rival Plantation after a national TV victory over St. Frances Academy. But Covid once again got in the way and changed plans.

When Plantation had a player with Covid symptoms, things were shut down – and left head coach Roger Harriott and his team scrambling for an opponent.

When rising 6A power Tampa Jesuit, who took 5A champion American Heritage down the wire, offered to step up to the plate to play the nationally-rated program.

With both teams having little time to prepare for one another, the game became a focal point statewide – as long as nationally.

When the dust had settled in Tampa, the Raiders were upset, 27-24, and now have to prepare for the same American Heritage team that came within a few minutes of being 0-2 to start the season.

The Raiders and Patriot will meet this Friday night in Plantation, the loser having two losses in the first three games. That game was also NOT scheduled at the beginning of the year, but both teams had the week open, and here we go – yet another amazing south Florida matchup.

Speaking of matchups and American Heritage, head coach Pat Surtain and his team survived 3A power Chaminade-Madonna in a thriller, 26-24, with a late field goal. But things get NO easier, and this team will be tested the next four weeks.

A week after beating 8A power Western and recording 10 sacks, head coach Dameon Jones and his Chaminade-Madonna Lions fell short against American Heritage – and things do not get any easier for a team that has won three of the past four state titles and searching for an amazing sixth straight trip to the finals.

CRAZY WEEK FOR ALL

It wasn’t just a tough week for Central, St. Thomas and Chaminade-Madonna, but other area teams – looking for a great season in 2021.

Christopher Columbus – after winning in Georgia on opening night, dropped a 12-6 decision to 8A power St. John’s Bartram Trail.

Deerfield Beach came out flat and stayed that way, dropping a 21-0 decision to rising 7A power Dillard. The game was called at the half for “Covid” reasons.

Cardinal Gibbons (1-0), a week after seeing their opener against Venice postponed to a later date, was one of several area programs to come up with Week 2 wins. Also, Miami Killian, Champagnat Catholic, Homestead and Miami Edison also came up on the winning side.

EDISON BOUNCES BACK AGAINST BLANCHE ELY

After dropping a tough game to 8A Deerfield Beach to open the season, head coach Luther Campbell and Miami Edison rebounded last Thursday night with a convincing 46-0 win against Pompano Beach Blanche Ely.

Along with Chaminade-Madonna, the Red Raiders are a 3A team that has a chance to make another run. They are loaded with talent – on both sides of the ball.