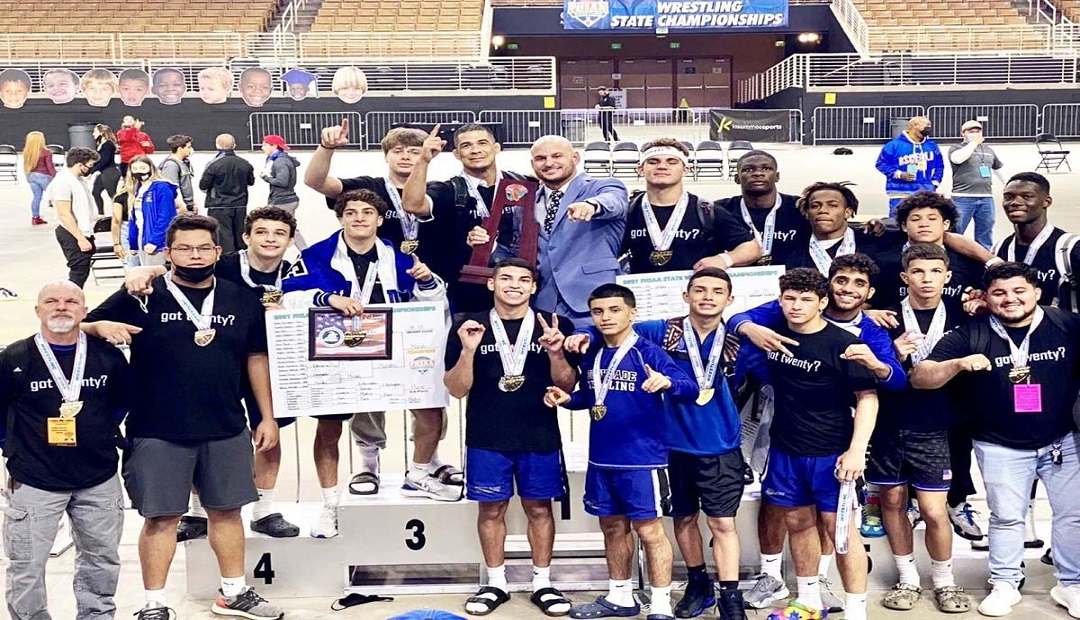 Once again, the months of hard work and dedication to the sport of wrestling will pay off for 106 Miami-Dade and Broward County high school standouts as the state tournament will be held.

The Silver Spurs Arena will welcome schools and fans to Kissimmee for three days, starting today at 1:30, Friday morning and running through Saturday night.

Some of Florida’s best will have the chance to battle for team (1A, 2A, 3A) titles as well as individual crowns, and south Florida will be right in the mix – in all classes.

In addition, the girls will also be in the spotlight sharing the state as well.

While South Dade is expected to get plenty of competition in 3A, head coach Vic Balmeceda and his team will be looking for a 17th team title and come in loaded with talent – led by unbeaten sophomore Sawyer Bartelt, who finished second two years ago at Doral Academy as an 8th grader and won the state title as a freshman at South Dade. Bartelt won the regionals last weekend.

Speaking of last weekend, South Dade was tied by rival Southwest Miami and head coach Mick Arteaga, who also head to Kissimmee with plenty of quality talent and confidence.

SOUTHRIDGE, ST. THOMAS AND NORTH MIAMI IN 2A
With so much talent and quality at the 2A level, winning a state title will be nearly impossible, but Miami Southridge (3rd place), Fort Lauderdale St. Thomas (5th) and North Miami (7th) have talent to win individual state titles.

Besides Bartelt, North Miami’s Alexander Exalant (126) heads to the opening round unbeaten and is expected to lead a large 2A group that can make some noise.

CAN SOMERSET REPEAT IN 1A
After taking home the school’s first ever state wrestling title last year, head coach Joe Blasucci and his Pembroke Pines Somerset team will be tested in 1A this season.

After finishing third in last week’s regionals, the work will be cut out – with Jensen Beach, impressive Mater Lakes and Fort Lauderdale Cardinal Gibbons all having enough talent to make a push at a state crown.

THE GIRLS SHARE THE SPOTLIGHT
Back in September, the Florida High School Athletic Association voted on a series of changes, including the creation of a state wrestling tournament for girls.

The creation of a separate, standalone girls individual bracket tournament will allow female grapplers a chance to compete against other girls. And that is a long time in the making.

Previously, girls wrestlers had to compete in the boys state tournament or at a third-party, girls-only season-ending tournament that wasn’t affiliated with the FHSAA.

This season is the first in which girls wrestling is a sanctioned sport by the FHSAA.

Coaches and athletes described this first year as a welcome one but not without some expected obstacles.

More than 30 states have established high school girls wrestling programs. In 2020, the FHSAA voted unanimously to recognize the sport starting in the 2021-22 season.

There have been some bumps along the road in the first girls wrestling season, though it’s not entirely unexpected.
Ultimately, true equity in the sport might be in the distance, but Florida is taking its first step in that direction this year.

As the sport grows more media coverage will follow!

Florida Fire Continues To Build On Its 7-on-7 Success