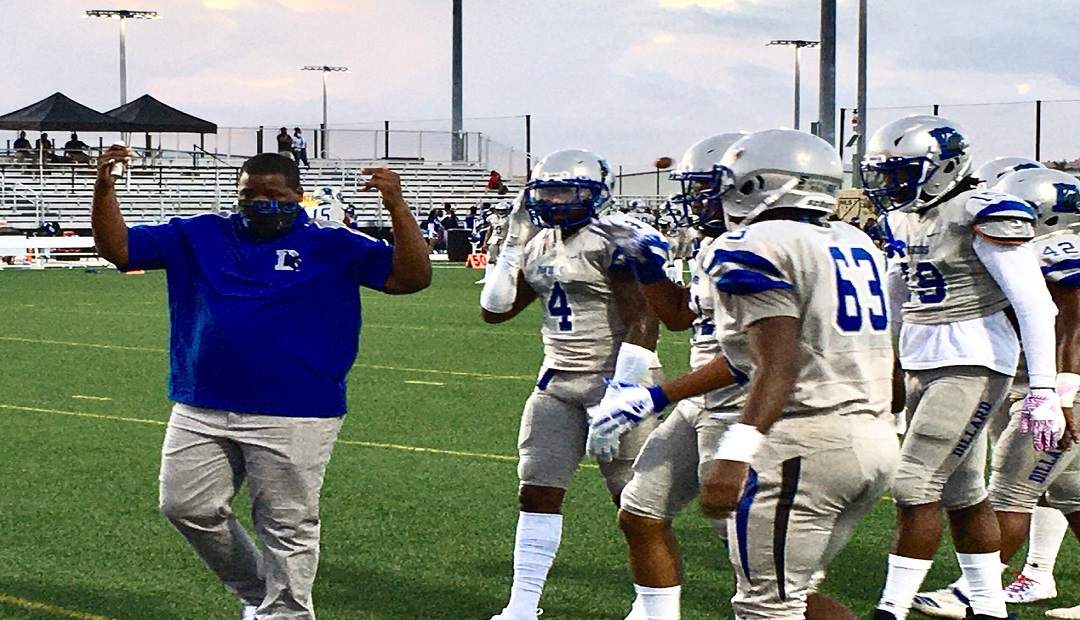 Okay, everyone is now playing football across the state of Florida – and while many continue to stop and start because of Covid, this season is under way.

Seven weeks after the first teams laced it up in Venice, Broward County public schools joined the season – along with Miami-Dade, which jumped in last week.

This season will forever be remembered for the season that limped from start to finish.

No matter what side of the fence you are – when this season should have collectively started for EVERYONE. Not just half or three quarters of the state.

In the wake of that decision, we are no standing two weeks away from the playoffs. LOL. Yes, after just three weeks of fine tuning for a run at the state playoffs, Miami Northwestern (5A) and Miami Central (6A) will join St. Thomas Aquinas (7A), Hollywood Chaminade-Madonna (3A) and Hialeah Champagnat Catholic (2A) as the teams making a solid run to the state championships to defend their titles.

In a more perfect world, Miami Booker T. Washington (4A) and Miami Christopher Columbus would not have had to make a choice whether to get more games and develop over defending their state championships.

While there is a race for the state championships wherever they may be held this season (rumor says Tallahassee), there is a Tri County Championship being planned that will include Booker T. Washington, Columbus and a number of Miami-Dade, Broward and Palm Beach teams who will play their 4-5 games and then have three games in the playoffs.

Each team has until the end of the year to get in games for film, teaching and development.

TEAMS GET OFF TO A SOLID START

It figures that the weather would cut into the first weekend for Broward public school programs – as Fort Lauderdale and Dillard kicked off the year at the all new Lockhart Park as the Panthers first year head coach Tyler Tate made his debut.

Plantation and Western hooked up in a lightning-delayed game, but when it was played, the scoreboard lit up with over 90 points as the Wildcats started 1-0.

Miami Central 14, Miami Edison 0 (Game Called at the half due to lightning)

Orlando Jones 7, Chaminade-Madonna 0 (Game Called In The 1st Half, Lightning)

South Florida Will Be In State Wrestling Championship Mix