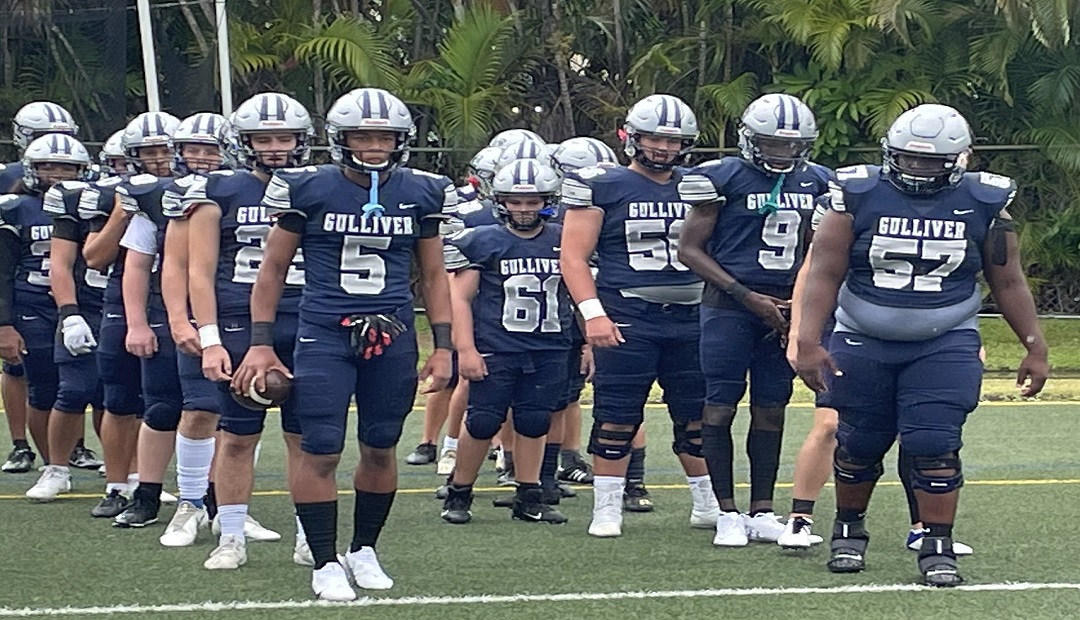 After two weeks off because the opponent had Covid cases, No. 3 Chaminade-Madonna gets back to the football field tonight (7:00) for its very first home game of the season.

The dominating 3A powerhouse, which lost only to Plantation American Heritage, and owns wins over national powerhouse Buford, Ga., defending 8A state champion Sanford Seminole and Western, will welcome in No. 4 and unbeaten Miami Gulliver Prep in a matchup of two of south Florida’s top teams.

The Lions, winners of three of the past four state titles, are looking for an amazing sixth straight trip to the state finals under head coach Dameon Jones.

The Raiders have enjoyed so much success under head coach Earl Sims, who has taken this program to the state finals in the past – and is certainly ready to do it again in 4A.

This is a team loaded with talent on both sides of the ball, but understand to come out on top in this game, the effort will have to be the best of the year – against a defense that has been more than impressive.

This is what south Florida is all about – as we still have these marquee matchups this late in the season.


EDISON GETS NO. 1 MIAMI CENTRAL

Fresh off a 620 mile road trip to Niceville last week, where they took the state-rated Eagles down to the wire, 21-14, the 3-2 Miami Edison Red Raiders, rated No. 14, now have the 4-2 Miami Central Rockets, who are the No. 1 team in south Florida with four straight wins at 7:30 at Traz Powell Stadium. While Central comes in as large favorites, some believe that Edison will come to play.

While they may not get the publicity they deserve, Miami Dr. Krop (4-1) and Miami High (3-1) will square off this evening as well.

The Lightning, which captured the Independent title last year under head coach Tom Caporale, has gotten off to a solid start and looks keep things going at home at Ives Park (7:30).

The Stingarees and first year head coach Paul Volero are also having a solid season – as one of the top teams in 8A and are currently one of the top four teams in the current GMAC ranking.

In addition to those three games, here is a look at some of the other matchups that fans will watching as well:

No. 7 Dillard at Hallandale, 7

For the past 51 years, we have spent plenty of time on football fields than anyone in the country. From games to practices, camps, combines and 7-on-7 events, we get to as many events as possible to see the athletes LIVE. Follow us on Facebook (Larry Blustein) Instagram @OurBoyBlu) and Twitter (@larryblustein). Contact us at: This email address is being protected from spambots. You need JavaScript enabled to view it.