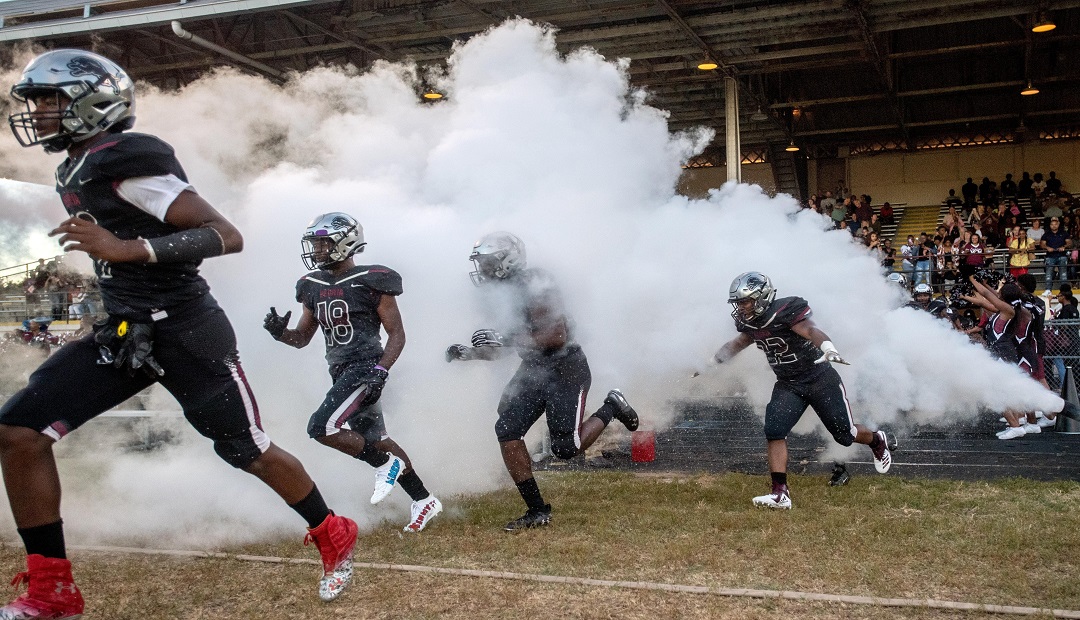 By now, we all know the teams who are considered as favorites to either get to the state finals or make a solid playoff run.

What we are not familiar with are those programs, considered by many of the experts not to be a factor when the season started, but are very much alive and well as we head toward Week No. 8 of the season.

While critics will always talk about schedule and playing lesser opponents, the end result is exposure, and if you are new to all this, when you are 6-0 or 5-1, you will get more attention than the 3-3 or 1-5 schools – no matter how many colleges are after you or not, so the end result is to win and continue getting these prospects some solid film – and recognition.

As many of the state-rated football teams fell this past weekend, and lost out on the valuable exposure, there were a number of south Florida teams that continued to have an outstanding season – away from the popular spotlight that the media focuses on.

Programs such as Dr. Krop (Miami), a 24-7 winner over Miami Beach to move to 4-1 on the season under head coach Tom Caporale.

In addition, surprising Florida Christian (Miami) continued its magical ride, moving to a perfect 6-0 under head coach Joe Burmeister, who truly has this Patriot team poised for

the playoffs. They beat a stubborn Miami Westminster Christin, 14-0.

Goleman (Hialeah) and head coach Ariel Cribeiro moved to 4-2 with a convincing 40-0 win against Miami Sunset. The Gators are looking to finish the season off strong once again.

Another major surprise has been 4A Immaculata LaSalle (Miami), who also moved to a perfect 7-0 under head coach Helder Valle with a 23-3 win over Somerset Pembroke Pines.

The Miramar Patriots and head coach A.J. Scott have started to put things together after a rough start. The Patriots (4-2) beat Hallandale, 43-6.

One of the big success stories in south Florida so far this season has been Coach Charles McCrae and the South Broward (Hollywood) Bulldogs. With a 35-0 win over Everglades, this team moved to 6-1, outscoring the opposition, 244-71, with North Miami, McArthur and Cooper City coming up.

Westland Hialeah also continued to showcase a tremendous team under head coach Joe Gross – with a 26-0 win over Hialeah Gardens and moved to 5-1. This is by far the best start the schools has had.

THE REST OF WEEK 7

Northwestern Looks To Rebound This Evening