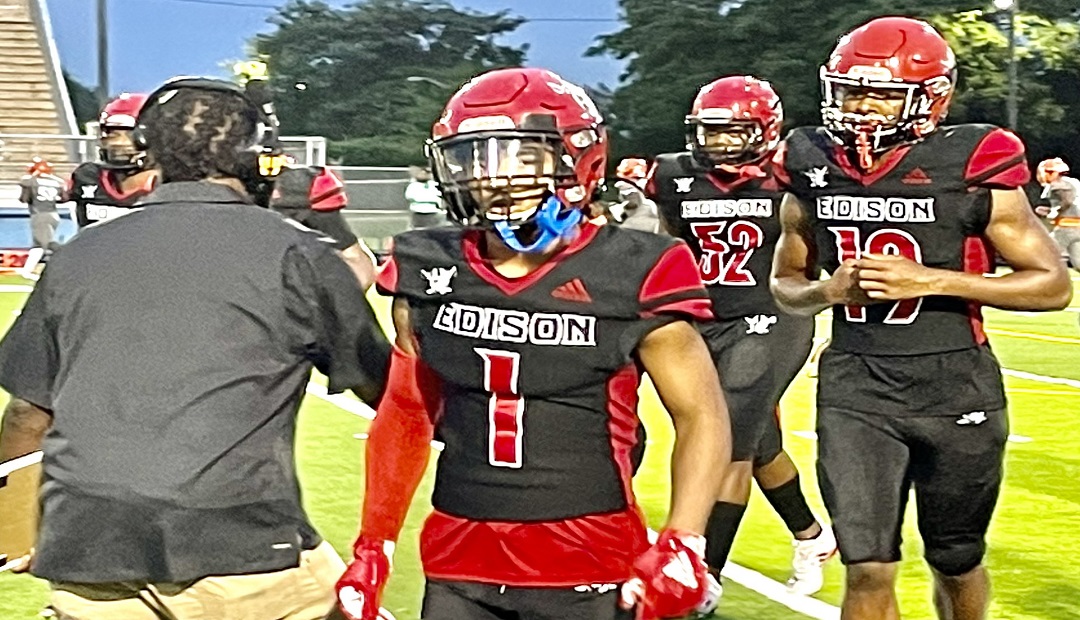 Over the first six weeks of the 2021 high school football season, fans across south Florida have had plenty to be excited about.

Every week, there are enough marquee games to keep the attention of football fans across the region.

While today will certainly showcase some quality programs, some of the better games are on the road as south Florida teams head to the Panhandle, Jacksonville and once again to the central Florida area.

With district games grabbing the spotlight, there are also some non-district contests that will attract plenty of attention.

Here are 5 games that many will be watching. How about you?

Carol City at Lake Minneola, 7. Will the real Carol City Chiefs please stand up. That is something that the coaching staff wants answers to as they will travel to play the defending 6A runner up Hawks north of Orlando. Both teams have underachieved this season, but this is a game when things could start to fall into place for both programs. Talent and solid coaching on each team.

No. 18 Coconut Creek at No. 12 Western, 7. Best game of the local contests who will be at home. The 8A Wildcats are starting to put things back together after losses to Chaminade-Madonna and St. Thomas Aquinas. This is a team that has plenty of talent – enough to make a serious run toward a state appearance. For the Cougars, a lone loss to Douglas has some believing that next year will be the season for this program to shine, but many feel that this 5-1 team has the talent to make plenty of positives happen in 6A.

No. 11 Miami Edison at Niceville, 7 CDT. On the surface, the Red Raiders are an overmatched team, traveling over 600 miles to play a 7A power that has won 97 percent of their regular season games over the past three years, including a 23-2 record the past two years, but as we have already seen, crazy things happen, and Edison has some impressive playmakers to pull a major upset.

Glades Central at Booker T. Washington (Traz Powell Stadium), 7:30. Last week, Glades Central dropped a game to Carol City and lost plenty of momentum. They are talented and have plenty of playmakers, but so do the Tornadoes who have played a challenging schedule and are looking to make a playoff push down the stretch.

No. 5 Plantation American Heritage at Jacksonville Trinity Christian, 7. This may be a case of two teams going in opposite directions. The Patriots are coming off a huge win over rival Cardinal Gibbons and are looking to defend their 5A crown. Trinity Christian just got crushed, 35-0, by Jacksonville Bolles, and moved down to 2A this year – where they are almost guaranteed a spot in the finals. They are NOT what they’ve been in the past – while the Patriots are on the road and have already lost two games this season.

In addition to those five games, here is a look at some of the other matchups that fans will watching as well:

Pine Crest at No. 6 Cardinal Gibbons, 7

Southwest Miami at No. 15 Christopher Columbus, 5

For the past 51 years, we have spent plenty of time on football fields than anyone in the country. From games to practices, camps, combines and 7-on-7 events, we get to as many events as possible to see the athletes LIVE. Follow us on Facebook (Larry Blustein) Instagram @OurBoyBlu) and Twitter (@larryblustein). Contact us at: This email address is being protected from spambots. You need JavaScript enabled to view it..