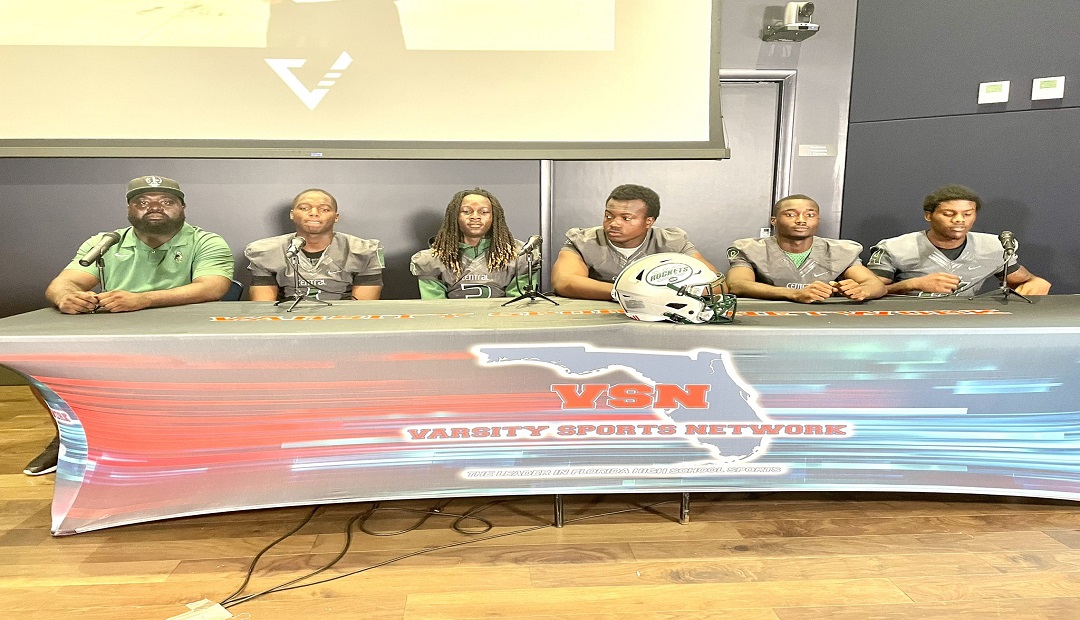 MIAMI GARDENS – Weeks before the start of Varsity Sports Media Football Days, one date was circled on the calendar. Friday, August 5th was to be that day when some of the best high school football prospects and teams would flock to St. Thomas University.

Welcome to Miami-Dade County, where the athletes and coaches define this area as the true hotbed for football prospects in the country.

When VSN planned out three days in south Florida, it was all about Broward, Palm Beach and Miami-Dade County, and the three stops certainly did not disappoint.

It was a day to showcase every team in the #305, but it was also an opportunity for the media and the many fans watching the live stream to see Miami Palmetto and head coach Mike Manasco, Miami Christopher Columbus and head coach Dave Dunn.

THEY CAME OUT TO SHINE IN THE SPOTLIGHT

LOOKING FOR FULL ATTENDANCE NEXT YEAR

While there were several programs that attended, some did not attend.

Programs such as Florida Christian, Hialeah Gardens, Hialeah Gardens Mater Academy, Hialeah Miami-Lakes, Homestead, Miami Braddock, Miami Coral Reef, Miami Dade Christian, Miami Edison, Miami Gulliver Prep, Miami High, Miami Ransom Everglades and North Miami Beach need to really think of their kids and the experience that they could have had.It is all about the student/athletes, and that is the bottom line!