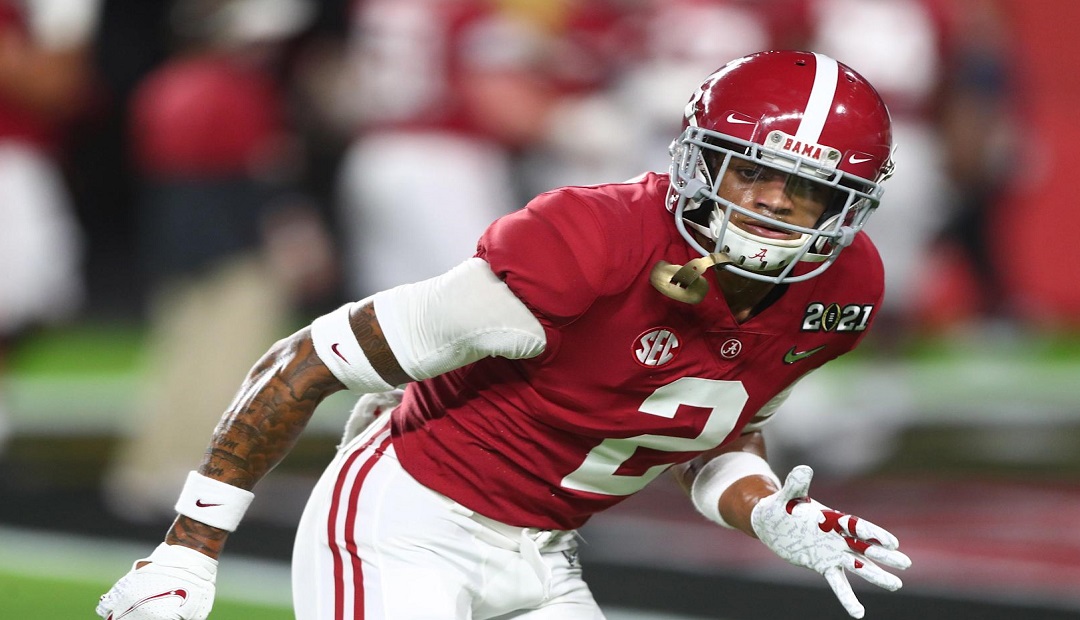 As anyone can plainly see – especially after the first round of the 2021 National Football League Draft - south Florida will be a major player in what goes on over the next few days.

The talent that comes Miami-Dade and Broward Counties will once again be on display for the nation to see – and they figure to watch several prospects from the #305 and #954 head out to play professionally.

South Florida also has also had plenty of free agents sign on after Saturday is finished, which is another indication why the talent has always been crazy good in this area.

SURTAIN GOES TO THE BRONCOS

As expected, the south Florida talent parade was kicked off when the Denver Broncos selected Patrick Surtain Jr., who has been a star in the making since he was in youth football.

The Alabama cornerback represents tradition that his father, a second round selection out of the University of Southern Mississippi, started – and continued with a tremendous NFL career.

Surtain, a dominant player in coverage who allowed just four touchdowns in 41 career games, proved himself worthy to the team's brass of the ninth-overall pick.

Pat Surtain Sr. has created a tremendous talent atmosphere at American Heritage, producing several gifted football players – many who are eligible for this draft.

ROUSSEAU TO THE BILLS

For most of his football life, Rousseau was a wide receiver and a safety and received offers to play for several big-time schools, including USC, as a receiver and safety. But late in high school, as he began to add muscle to his massive frame, Rousseau switched to defensive end. His senior season of high school was his first at the new position and he showed enough potential to earn offers from LSU and Miami, where he grew up and decided to play college ball.

Rousseau suffered a broken ankle early in his first season at Miami and was granted a medical redshirt. When he returned for the 2019 season, he exploded onto the scene as one of the most dominant pass rushers in college football. Rousseau had 15.5 sacks, 19.5 tackles for a loss and two forced fumbles in 2019, earning second-team All-American honors and he was named the ACC Defensive rookie of the year.

SECOND ROUND WILL BE A SOUTH FLORIDA EXPLOSION

While two local prospects were chosen in the opening round of the 2021 NFL Draft, the second round should be a place where at least four other local prospects could hear their name.

Among those who are too good to pass up this evening (7:00) will be:

Tyson Campbell, CB, Georgia (Plantation American Heritage). Campbell received five-star recruiting rankings out of American Heritage. At Georgia, he came on strong as a true freshman in 2018, starting 11 games (45 tackles, one pass breakup in 14 appearances) for the Bulldogs. In 2019, he started nine contests (15 tackles, four pass breakups) but missed five games due to a turf toe injury. Campbell led Georgia with five pass breakups in 10 starts in 2020 (also made 29 tackles, 2.5 for loss, and intercepted one pass).

Elijah Moore, WR, Mississippi (Fort Lauderdale St. Thomas Aquinas). After starting his high school career at Western (Davie), this impressive talent began to blow up – and after a tremendous Under Armour All-Star appearance, his career began to take off. Finished with the second-most receiving yards in all of college football in 2020 despite matching up against SEC defenses every week. This young man is a difference maker!

Aaron Robinson, CB, UCF (Deerfield Beach). Alabama transfer who was the starting nickel back for Central Florida. Well-built cornerback effective facing the action. Flips his hips transitioning with opponents, effectively covers receivers on crossing patterns, and displays a good burst to the ball. Physical and engages receivers at the line of scrimmage. Strong for his size, defeats blocks, and works to make plays on the ball handler.

Asante Samuel Jr., CB, Florida State (Fort Lauderdale St. Thomas Aquinas). He has some elite traits that will go a long way toward making up for his lack of size. He has some of the slickest change-of-direction skills you will see at the position, and he can come out of his backpedal and drive on the football in an absolute instant. His tape is littered with plays where he steals yards on receivers by making their break before they do and puts himself in position to either contest at the catch point or pick the pass off entirely.

THERE IS MUCH MORE

In addition to what we watched on the opening day, and several who will be selected tonight, expect several others to land somewhere.

Here is a look at some of the locals that we will hear this weekend:

Tutu Atwell, WR, Louisville (Miami Northwestern). One of the fastest players in the draft, and while some deem him small, he is a lot like Roscoe Parrish – and that alone should land him on a roster. Game-breaking skill player with home-run-hitting speed as a receiver and return specialist. Has a burst of speed that he turns on in a single step and beats opponents downfield in a foot race. Sells routes, uses his frame to shield away defenders, and extends his hands to pull the ball from the air.

Jose Borregales, PK, Miami/FIU (Miami Booker T. Washington). Has a chance to go third day to a team that needs someone who is as good as you get. The kicking game is huge at every level. As accurate as you will find, the Lou Groza Award winner is indeed as special as you get.

Shawn Davis, S, Florida (Miami Southridge). A rangy, scheme-versatile safety that’s shown to have value as both a single- and two-high safety. Although he’s shown the capability of being a true single-high type of safety, he wasn't allowed to play much of it in 2019. A quick-twitched option that covers a lot of ground during ball pursuit, he can flat-out run when given free paths to the ball.

Nick Eubanks, TE, Michigan (Plantation American Heritage). After five years in Ann Arbor, this graduate student only recorded 10 receptions for 117 yards and one touchdown on 13 targets. However, he spent most of his time in the trenches opening lanes for the run game. Originally joined the college football ranks as a four-star recruit.

Trevon Grimes, WR, Florida (Fort Lauderdale St. Thomas Aquinas). After first committing to Ohio State and then coming to Gainesville, this is still someone who brings plenty to the table, and NFL teams already know that. Nice-sized receiver with good athleticism. Possesses soft hands, uses his frame to protect the ball, and gives outstanding effort after the catch. Consistently comes away with the difficult catch and wins out for contested passes. Effective blocker downfield who gives effort.

Khalil Herbert, RB, Virginia Tech (Plantation American Heritage). Had a flashy run at Kansas before bursting onto the scene in a breakout campaign at Virginia Tech in 2020. In 11 games in 2020, Herbert logged 165 touches from scrimmage, tallying 1,362 yards with nine touchdowns. Herbert is a disciplined runner that plays within himself, has good vision, takes excellent angles, has good contact balance, and is a smooth operator.

Shamar Jean-Charles, CB, Miramar (Appalachian State). Instincts, determination, and a good attitude can take prospects far in football. An aggressive but undersized cornerback, he is likely going to have to fight for a place as a slot cornerback and special-teams contributor to make an NFL roster as a rookie.

Josh Palmer, WR, Syracuse (Fort Lauderdale St. Thomas Aquinas). This young man hasn’t followed a conventional path to the 2021 NFL Draft. The Canadian-born son of Jamaican parents appeared destined to succeed on the basketball court rather than the gridiron. Growing up in Brampton, Ontario, he was a promising basketball player who also played soccer and a little football. Nice-sized wideout with reliable hands. Sells routes, knows where he is on the field, and uses the sidelines well.

Anthony Schwartz, WR, Auburn (Plantation American Heritage). Can this impressive and fastest player in the draft get by “he’s a track guy” stigma? Has tremendous body control, and balance. In the passing game, he is a threat due to his is a home-run threat and defenders must account for his dynamic ability in the slot. He displays some physical toughness for being a “track guy” and would be a matchup problem in the slot.

Tedarrell Slaton, DT, Florida (Plantation American Heritage). An impressively built interior defensive line prospect. An extremely powerful player at the point of attack, he makes it difficult for double teams to move him off of his spots. He’s a true head-up 0-technique that thrives with maintaining both A-gaps. Slaton wins strictly off of bull rush attempts and it’s a method that’s been highly effective for him to this point in his career. Was a former offensive lineman.

Rashad Weaver, DE, Pittsburgh (Cooper City). After logging 47 tackles, 14 tackles for loss, and 6.5 sacks in 2018, he missed the entire 2019 season with a knee injury. Picking up where he left off, Weaver collected 34 tackles, 14 tackles for loss, and 7.5 sacks in nine games in 2020. He is a long and powerful defensive end that has upside in the NFL as both a 5-technique in a 3-4 defense or as a base end in a 4-3 defense. As a pass rusher, Weaver has sufficient rush variety and his length is a major asset.

James Wiggins, S, Cincinnati (South Dade). Starring for the Bearcats in 2018, hauling in four interceptions en route to second-team All-AAC honors in his first season as a full-time starter. Three of those picks were of the walk-off variety, securing victories for Cincinnati. NFL teams covet defensive backs that can take away the football and Wiggins made a habit of doing just that in the most clutch moments as a redshirt sophomore.

Rachad Wildgoose, S, Wisconsin (Miami Northwestern). While he was a surprise to come out, and his resume of game tape at Wisconsin was fairly lean and he only played in two games this season before a shoulder injury brought the end of his season, he is coming out of Jim Leonhard’s defensive system, which should offer an NFL team a smart, savvy defensive presence.

Marco Wilson, CB, Florida (Plantation American Heritage). The younger brother of former Gator corner Quincy Wilson, he’s a long and rangy prospect that has many tools in his toolshed. Wilson has experience time at both outside corner and in the slot as a nickel defender against multiple receiver sets. Wilson brings tremendous value as a blitzer. Hs proven to be one of the most athletic prospects in this draft, showcasing his many skills 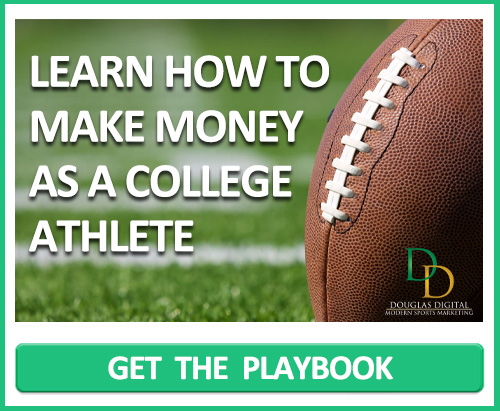