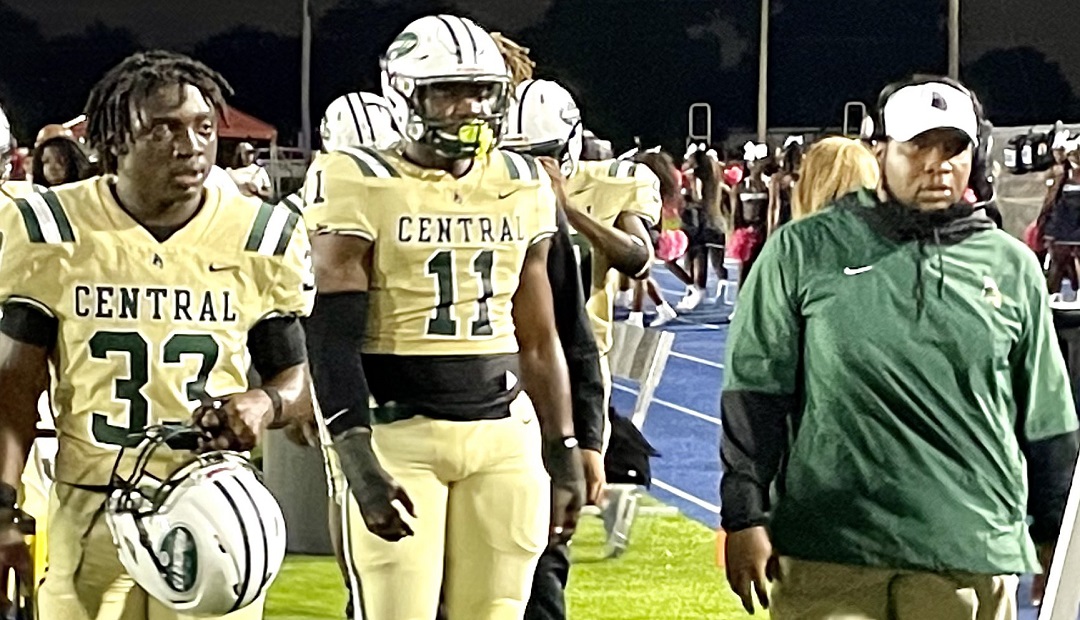 The one thing that happened this past week was we all learned more about some of the powers.

Right in the middle of the Inaugural GMAC Football Week, head coach Roland Smith and his Miami Central Rockets sent a little message to the 5A teams across the state of Florida, and it was heard loud and clear.

When Central came in as a No. 1 seed against No. 2 longtime rival Miami Northwestern in the GMAC event, you had a team that waited three weeks to prove that the close victory over the Bulls was in no way what this team is all about. Loaded on both sides of the ball, 7-2 Rockets did what they wanted in running the clock (35-point second half lead) in a 49-6 win.

Two quarterbacks, five running backs, clutch receivers, defensive playmakers in every class and at every position, this program, which has win two straight 6A state titles, is anxious to add yet another trophy to what is currently seven at the school.

Like head coach Dameon Jones and his Chaminade-Madonna Lions have anything else to prove.

Five straight trips to the 3A state finals, winning three times and a team that has the most RPI points in the state – and that comes from playing a challenging schedule.

Other than an earlier season thrilling loss to powerhouse and defending 5A state champion Plantation American Heritage, the Lions have met every challenge that was put in front of them. Last Friday night, it was 4A power and unbeaten St. Petersburg Lakewood. The Spartans came to town and found out what six other teams would learn. This team is for real, and like Central, they have plenty of young prospects making a difference as well.

The 37-6 win against a high scoring team was proof that this defense was indeed for real – and the offense, while still a work in progress – has some players who are at a different level.

The Lions are ready to get back and finish what they left in Tallahassee.

Some other teams had plenty to play for as well:

Avant Garde (Hollywood) 41, Pine Crest 14. Unbeaten this season, this program is certainly one to keep an eye on. Cannot say enough what this coaching staff has done.

Columbus (Miami) 10, Miami Palmetto 7. Round 2 was won by the Explorers as part of the GMAC Week, but stand by, these two quality 8A teams will probably meet again in the playoffs, and that’s the one that will count.

Deerfield Beach 40, Boca Raton 0. It took a minute, but the Bucks are back in the picture – and with plenty of gifted athletes and confidence after capturing another district crown, they could be a headache in the playoffs.

Dillard (Fort Lauderdale) 41, Plantation 40. Nobody would blame the Panthers for having a letdown after the tough district title loss to St. Thomas, but coach Steve Davis and the Colonels are not a team to relax on – as they will be tough in 6A when the playoffs roll around.

Florida Christian (Miami) 25, Ransom Everglades 19. In staying perfect on the season and remaining in the race for a high seed when the 3A playoffs begin next week. The Patriots have plenty of talent on hand and beat a very good Raiders’ team that was unbeaten as well.

Gulliver Prep (Miami) 49, Cardinal Newman 13. What more can be said about this program that has not been said. Much improved over a year ago – and other than Chaminade-Madonna, has stood up against every test this season. Loaded with talent on both sides of the ball.

TRU Prep (Miami Gardens) 20, Bolles 16. Not really sure if anyone grasps the magnitude of the outcome of this game. While TRU Prep football is building a solid program, Bolles is an iconic program with more state titles than any other team, and had been regarded as one of the top teams in the state up until losing last week.

While those games were the marquee matchups for the week, they were not alone. Several programs left a mark as the state playoffs will begin next week.

Here is a look at the rest of south Florida teams did: