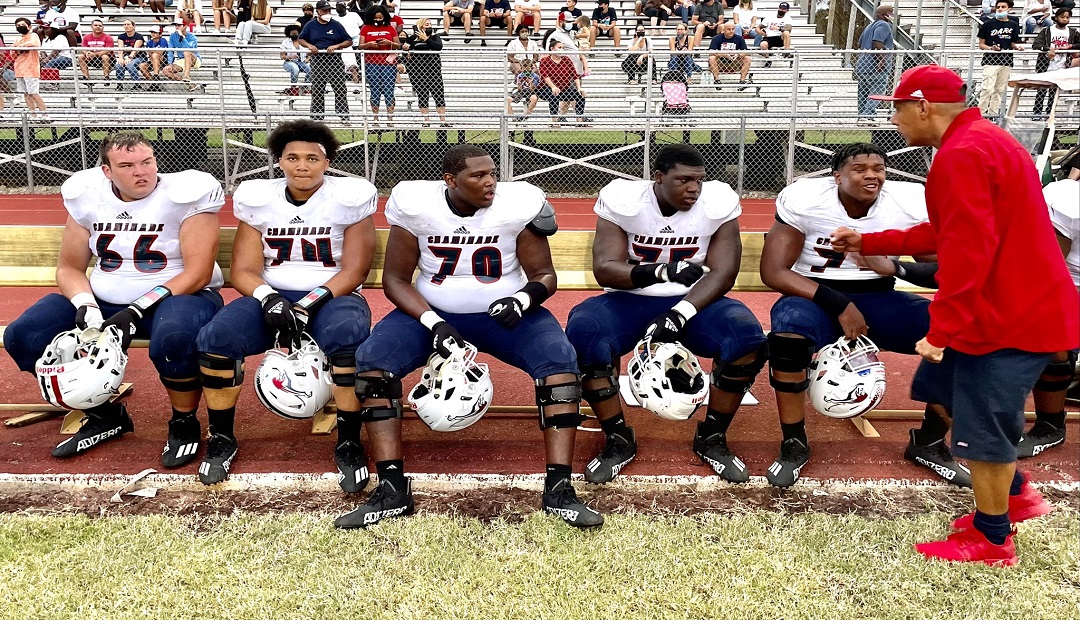 On a Friday where the GMAC event is in full swing and several other local teams are fighting for a playoff spot, the No. 3 rated team in south Florida will have the chance to jump into the spotlight again.

With the toughest schedule in the state of Florida, head coach Dameon Jones and his 6-1 Lions, rated as the top 3A team in the state, will play host to the unbeaten 4A St. Petersburg Lakewood Spartans who come to Hollywood with plenty to prove.

This is a program that has won 90 percent of their regular season games over the past four years – and have shown that they have the talent to compete against anyone.

It will be the high-powered offense against the stingy Lions’ defense.

In addition to that contest, other local games will also be interesting to keep an eye on as well.

No. 1 Miami Palmetto (5-3) vs No. 2 Miami Christopher Columbus (6-1), (Traz Powell Stadium), 7:30. This GMAC Week showdown is a rematch of an earlier meeting this year – when the Panthers escaped with a controversial 7-3 decision. Should be another impressive game in the 7A/8A Division.

No. 10 Deerfield Beach at Boca Raton, 7. While the Bucks expected to be in this game that will produce the district champion and a high seed when the playoffs begin, Boca Raton was not picked. Both programs are stacked with playmakers.

No. 8 Dillard at Plantation (PAL), 7. This has never been an easy game for either team as this rivalry goes back plenty of years. Will the Panthers rebound from their first loss in two years, a tough one last week against St. Thomas? They are facing an always dangerous 5-1 Colonels team that is used to playing in key games like this one. Should be a really good game.

No. 13 Gulliver Prep at WPB Cardinal Newman, 7. The Raiders have had an odd season – to be honest. Momentum has never been easy, but this game against a much-improved Crusaders’ team should provide the test needed for Coach Earl Sims and his team to fly into the playoffs. Could provide a better matchup than many expected when this game was made.

Miami Ransom Everglades at No. 17 Florida Christian, 7:30. While this may be an off-the-radar game for some, this meeting is huge for these two teams that rarely get the spotlight. Both are well coached and have plenty of talent. Both are 7-0 as well. If you in the area, this is a must see!

MORE IN STORE FOR FRIDAY

There is a huge Week 10 schedule out there for all fans in south Florida. Take a look at these contests:

No. 9 Cardinal Gibbons at Flanagan, 7

McArthur (Hollywood) at No. 20 South Broward, 7

Stranahan at No. 12 Plantation American Heritage, 7:30

5 Fresh Miami-Dade/Broward Faces For The Class of 2025