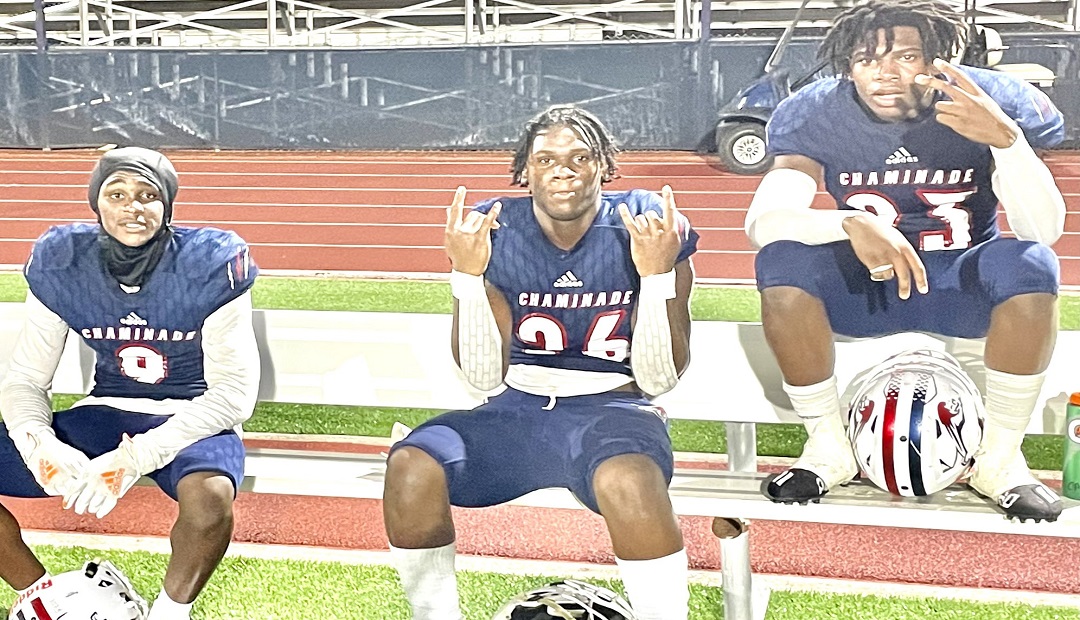 While the pandemic has certainly played a key role in the high school football season last year – and again here in 2021 – it seems that nothing changes when it comes to south Florida.

With the exception of Plantation American Heritage, which was a high nationally-rated program before the start of the season, every “favorite” is still alive and kicking as we head toward the state semifinals, with an eye toward the state title games the next two weeks.

While we are favorites to get to state and possibly win in a few classifications, the 305 and 954 are not expected to make a statement across the board.

With an eye on next week’s 1A-3A state championships at Gene Cox Stadium in Tallahassee, there are no 1A programs, but both 2A, with Hialeah Champagnat Catholic and 3A with Hollywood Chaminade-Madonna are favored to get back to the state finals for a sixth consecutive season.

Hialeah Champagnat Catholic (9-2) at Naples First Baptist (10-1). A repeat of last year's Lions’ 41-0 win, this is a game where the road-tested team will prevail, and head coach Hector Clavijo and his program have become one of those being ready at playoff time team. They are stacked on both sides of the ball and will face off against a quality team that just didn’t play the schedule that the Lions did. Still, both teams are still around and First Baptist is at home.

First Baptist is well coached with plenty of experience in playing teams who are solid – like the Lions.

Tallahassee Florida High (11-1) at Hollywood Chaminade-Madonna (9-1). The Seminoles are coming 465 miles for a state semifinal contest, and while this is a very good football team, they have not faced anything like head coach Dameon Jones and his Lions. Having lost in the title game last year to now 2A Jacksonville Trinity Christian, Chaminade-Madonna is hungry, talented and has played as tough a schedule as you play in high school football this season – while still having two games postponed.

The Seminoles have a very gifted program. They throw the ball very well and play defense. They have been in the mix the past few seasons. The Lions strangle you with their defense – and have picked it up on offense as well.

Miami Christopher Columbus (9-3) at Venice (12-1). On the surface this is a blowout. The Indians have trampled everyone – with the exception of the lone loss to defending 4A state champion Cardinal Gibbons – where they had well over 20 penalties – and a narrow victory over once beaten Cocoa that is playing in a state semifinal as well. They have it all. Size, speed and plenty of skill – and are at home.

The Explorers are that kind of team that continues to be ready for everything and anything – playing less than stellar early, but like most south Florida schools, knows when to turn it on – and compete a notch higher in the playoffs. They won the 8A state title two years ago, and during the pandemic, captured the Tri-County title, so Coach Dave Dunn and his team knows how to win. The Indians are lethal and well coached and have played a tremendous schedule, but Columbus usually finds a way!

Gainesville Buchholz (12-1) at Fort Lauderdale St. Thomas Aquinas (12-1). Not that the powerhouse Raiders needed any help, but having the Bobcats come 320 miles for a state semifinal contest, it could take a toll. Buchholz suffered its only loss of the season at home against Cardinal Gibbons handled in every phase of the game at FAU earlier this season. They have a tremendous offense, quality defensive players and an outstanding coaching staff.

As we have continued to say, head coach Roger Harriott and the Raiders could easily be the No. 3 ranked team in the country as we speak. Because Plantation had to cancel their game due to Covid, St. Thomas had to scramble for a game, found 6A Tampa Jesuit and lost by three points. The Raiders beat St. Frances Academy of Maryland easily to open the season – and they handed IMG a convincing loss.

That loss derailed St. Thomas temporarily, but nobody should touch this program. They have an advantage over everyone in every phase of the game. They beat you up for four quarters with fresh bodies.

Miami Northwestern (10-3) at Tampa Jesuit (12-0). They beat St. Thomas Aquinas and have been the talk of Florida and the nation since. They were awarded the “state championship” already by those in the “know”, but the Tigers have NOT accomplished anything in the past that automatically gives them that free pass to Drive Pink Stadium. They are talented, fast and really well coached.

On the other side of field, you have a storied Bulls team that got humiliated in a kickoff classic loss to Venice, a dominating performance by IMG Academy and a clock-running setback in the second meeting with rival Miami Central.

Still, this is a dangerous team who have crushed the three playoff opponents and continue to put up points and pile up yards.

While we fully understand how impressive the home team is this week, keep in mind that the Bulls still have major college talent on both sides of the ball – and head coach Max Edwards!

Glen St. Mary Baker County (11-2) at Miami Central (10-2). Coach Kevin Mays is one of the true outstanding coaches and teachers in the state of Florida – bringing Viera to the state title game – and now this quality Wildcat team that last went to state against Plantation American Heritage.

They have players on both sides of the ball and have played a competitive schedule.

Head Coach Roland Smith and his Rockets were bitter since the playoffs were announced, and all this team has done is take care of business – end of sentence period.

The Rockets are loaded, are like sharks in the water this time of year – and end up dominating anyone who is in the way. The two-time defending state champions are explosive and fast on offense and stingy and gifted on defense. They have special teams that rival anyone.

St. Petersburg Lakewood (10-2) at Fort Lauderdale Cardinal Gibbons (9-2). While it took everything for this matchup to happen, those who follow this sport felt all along that this would be the matchup.

Last week’s 36-33 come-from-behind win against No. 1 seed Miami Gulliver Prep was one of those games where everything that went wrong in the first half – went right in the second half and the Chiefs and head coach Matt Dubuc get the chance to head back to the state finals with a win this week.

This game will not be easy at all. Lakewood has been in this position much of the past 10 years -winning an average of nine games each season. They are stacked on both sides of the ball with speed and a quality quarterback, defensive lineman, tight end and the state’s leader in interceptions.

The Chiefs grew up last week, and with contributions from several younger players, the dream stays alive for this team.