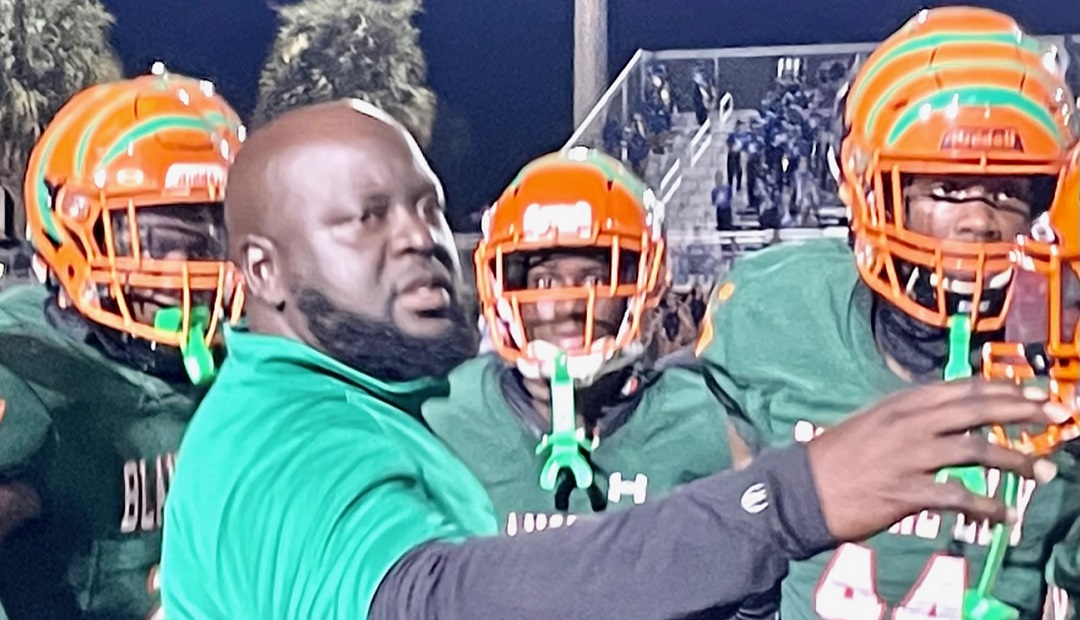 With Hurricane Nicole crossing the state of Florida last week, several first round high school football games were shifted to Saturday and even Monday.

With these key games setting the table for the next few weeks, tonight, several Miami-Dade, Broward and Palm Beach County programs will battle.

Because of Hurricane Ian, Mondays had become normal for several teams across the state and south Florida was affected by many games that were postponed by lightning.

Tonight, there are five first round state games that will put this area in a direct spotlight.

No. 5 Parkland Stoneman Douglas (7-3) at No. 4 Lantana Santaluces (7-2), Monday, 6:30. The Eagles take to the road as one of the hottest teams in south Florida – winning their last five. They are matched against a program that has not had a winning season in nearly a decade and posted just one victory a year ago. By the way, they are coached by former Hialeah High standout and successful Hialeah Champagnat Catholic head coach Hector Clavijo.

No. 7 Boca Raton (6-4) at No. 2 Coconut Creek Monarch (8-2), Monday, 7:00. This is second meeting of the season between the two programs. The Knights won the first game, 38-3, back on August 26. Monarch has won six of the past seven games, dropping a game to state and national powerhouse Fort Lauderdale St. Thomas Aquinas.

No. 6 Palm Beach Gardens Dwyer (7-3) at No. 3 Pompano Beach Blanche Ely (9-0), Monday, 7:00. It has been an amazing season for the Tigers as they finished unbeaten during the regular season, and while they come into tonight’s game as a favorite, they better beware of a Panthers’ team that could be very dangerous – also winning six of the past seven games as they look to recapture their past glory.

No. 5 Plantation (7-3) at No. 4 Delray Beach Atlantic (7-3), Monday. Speaking of dangerous football programs, the Eagles of Atlantic have been up and down this season – with some key wins. They are home against head coach Steve Davis and his Colonels who ended the season on a down night in a loss to Davie Wester. Keep in mind that last year as an 8th seed, Plantation pulled the ultimate surprise by beating a No. 1 and making it three rounds deep.

No. 8 Riviera Beach Inlet Grove (7-2) at No. 1 Plantation American Heritage (9-1), Monday, 7:00. One of the programs picked to get to the state finals, the Patriots will be home as they look to get back to a state title game that they missed out on a year ago. Coach Mike Smith and his team has the talent and will be a No. 1 seed throughout. Inlet Grove has had a successful season and is in the post season for the first time and they are searching for respectability – which American Heritage is n this for so much more, dropping their only contest to national powerhouse Hollywood Chaminade-Madonna.

Here is a look at the results from the first week of the 2022 state playoffs:

Unbeaten Florida Christian Has Been The Story In 2021

MIAMI-DADE/BROWARD: The Final Week Has Arrived