Miami Central Repeats In 6A With 46-0 Win 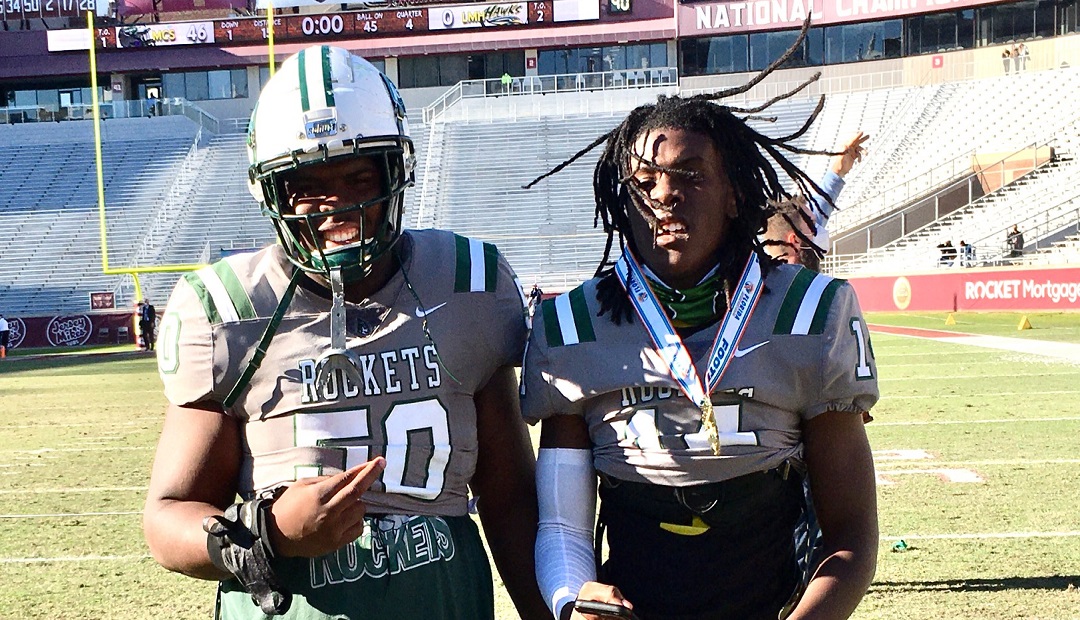 TALLAHASSEE – Was there ever a doubt that Miami Central wouldn’t bring home another state title?

On Friday afternoon, the 8-1 Rockets added a seventh state title to their trophy case with a dominating 46-0 win over a Lake Minneola team that had enjoyed its best season in school history.

Outgaining the Hawks an amazing, 528-87, the Rockets did what they wanted – combining a more than efficient passing game with a solid running game.

After exchanging drives, the Rockets took the lead at the 6:36 mark of the first quarter when sophomore quarterback Keyone Jenkins, who completed eight of 16 for 160 yards and 3 scores, found junior Zaylan Reese from 16 yards out for a 6-0 lead.

Central extended the lead to 12-0 on a 24-yard strike from Jenkins to Robert McMinn at the 3:55 mark of the first quarter. McMinn, who came over from Miami Norland this season, finished with 71 yards on 2 reception.

Texas A&M-bound running back Amari Daniels took it in from the 14 for and 18-0 advantage after the first quarter. Daniels helped out the cause with a 172-yard, 2-touchdown effort.

The point barrage continued for the Rockets at the 8:34 mark of the second quarter on a Jenkins to Yulkeith Brown 8-yard scoring pass and a 24-0 advantage. Brown came back later in the game with an interception.

Daniels scored once again on the opening drive of the third quarter on a 1-yard run at the 8:52 mark. The two-point conversion made it 40-0.

The Rockets closed out the scoring with 4:06 left when sophomore quarterback Dyllan Tulloch found fellow 10th grader Lamar Seymour from 24 yards out and a 46-0 advantage.

Both teams had a number of gifted players out on the field Friday afternoon – on defense.

The Rockets had so many contributors in the title game. Among those were junior Oboh and receiver Trent Henry.