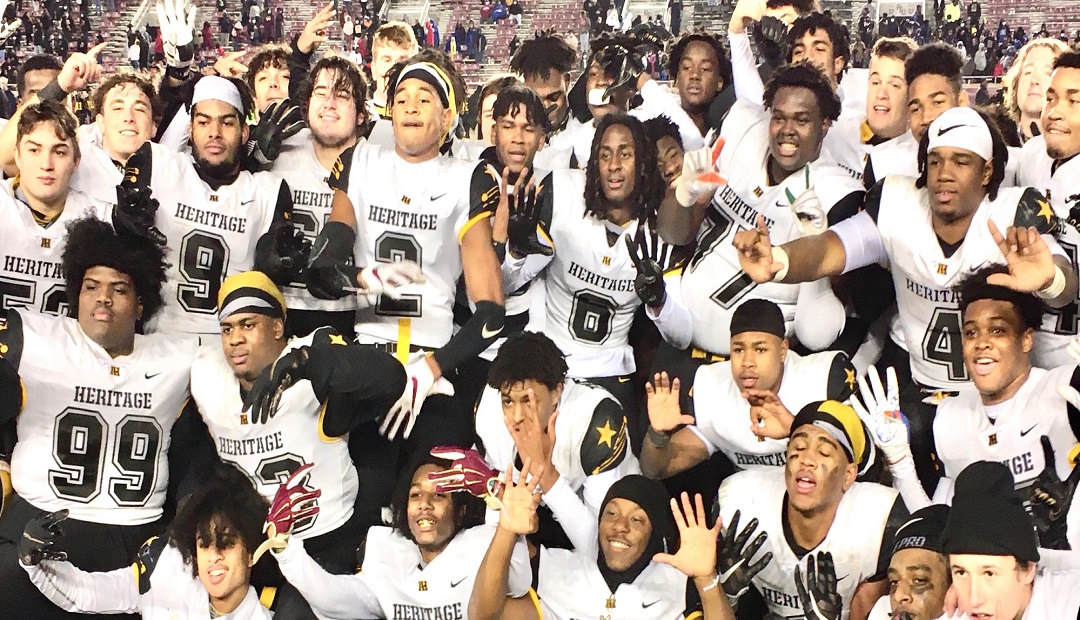 TALLAHASSEE – All season, it was a given that Plantation American Heritage’s football team would rely on its stingy defense. Friday night would no different.

Behind an amazing 17 tackle performance by senior safety Boogsie Silvera, the Patriots rolled to a 24-6 Class 5A state title at Bobby Bowden Field at Doak Campbell Stadium.

Silvera, the younger brother of University of Miami starting defensive tackle, Nesta Silvera, was around the ball all night – coming up with huge play after huge play.

The win was the fourth for south Florida, which also won 2A (Champagnat Catholic), 4A (Cardinal Gibbons) and 6A with Miami Central.

American Heritage kept the defense sharp all night as the Patriots picked up a fifth state crown.

Prospects such as University of Miami signee James Williams, Brian Blades, Earl Little Jr., Marvin Jones Jr., Jaeden Kinlock, Josh Hartman, David Vadala, and Belizaire Bassette were all over the field on a night where the hometown Rickards Raiders tried to move the ball.

IT WAS ALL AMERICAN HERITAGE

The Patriots jumped out in front on a 2-yard run by Fletcher at the 5:55 mark of the opening quarter and a 7-0 lead.

American Heritage extended the lead to 14-0 at the :19 mark of the first quarter on a 49-yard scoring strike from Blake Murphy to Nick Whitton.

When Syracuse-bound standout Oronde Gadsden Jr. caught at three-yard pass from Murphy with 5:37 left in the first half, it was 21-0.

Michael Townsend’s 3-yard run with 10:53 left in the third quarter brought Rickards to within 21-6. The Patriots ended the scoring with Christopher Maron’s 29-yard field goal with 2:42 left in the game.

TOP ATHLETES RISE TO THE TOP ON OFFENSE

In addition to the defensive players who made an impact, there were some quality athletes.

Five Miami-Dade/Broward 2024 Prospects For A Wednesday