3A: A Dominating Season For Chaminade-Madonna 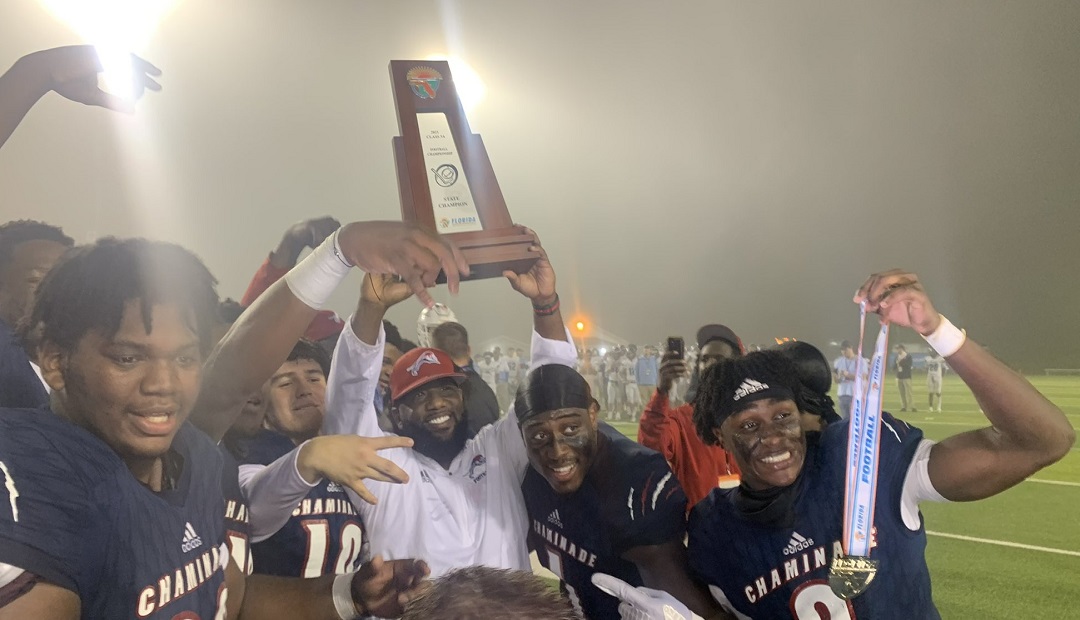 For the fourth time in five years, Hollywood Chaminade-Madonna is sitting on top of the 3A football world.

With a convincing 21-0 win over previously unbeaten Tampa Berkeley Prep, head coach Dameon Jones and the Lions (11-1) added yet another state crown to a run that has been impressive to say the least.

While the Lions put the clamps on every opponent other than a two-point setback to Plantation American Heritage, they finished the season with a strong argument as being the best in the state of Florida. No other program had all 12 of its opponents reach the playoffs like the Lions did.

With as tough as schedule as this program had, accomplishing the things they did was impressive – to say the very least.

As they have done since Jones arrived, they schedule competitive and backed away from no challenge. Wins over Davie Western (30-13), Miami Christopher Columbus (33-17), Buford, Georgia (7-0), Sanford Seminole (26-23), Miami Gulliver Prep (31-16), Fort Lauderdale Stranahan (51-0), St. Petersburg Lakewood (37-6), Miami Edison (45-0), West Palm Beach Cardinal Newman (48-0), Tallahassee FSU High (38-3) and Berkeley Prep illustrated what a dominating season this program had – and the best thing about it, is this train is far from rolling.

Several young players who had extensive playing time will return with incoming transfers that will come – and who can blame them. The Chaminade-Madonna Lions are a dynasty, and trip No. 7 in a row to the state finals is not that far away.

The Lions got on the board at the end of the first quarter on a two-yard run by sophomore standout Davion Gause, who would finish the night with 199 yards. Samir Atassi’s point after made it 7-0.

After a slow first half, the Lions extended the lead to 14-0 when sophomore Sedrick Bailey found fellow sophomore and major rising star Jeremiah Smith for a 33-yard score with 9:26 left in the third quarter.

With the way that Chaminade-Madonna played on both sides of the ball, you know that there were some game-changing performers like Bailey, who completed 12 passes for 154 yards, Smith, who has turned into an elite national prospect already. He caught five balls for 116 yards. Duane Thomas also added 77 yards on the ground.

The Buccaneers never got untracked – with Travis Bates being held to just 51 yards and Xavier Townsend having just 18. They averaged over 250 combined.