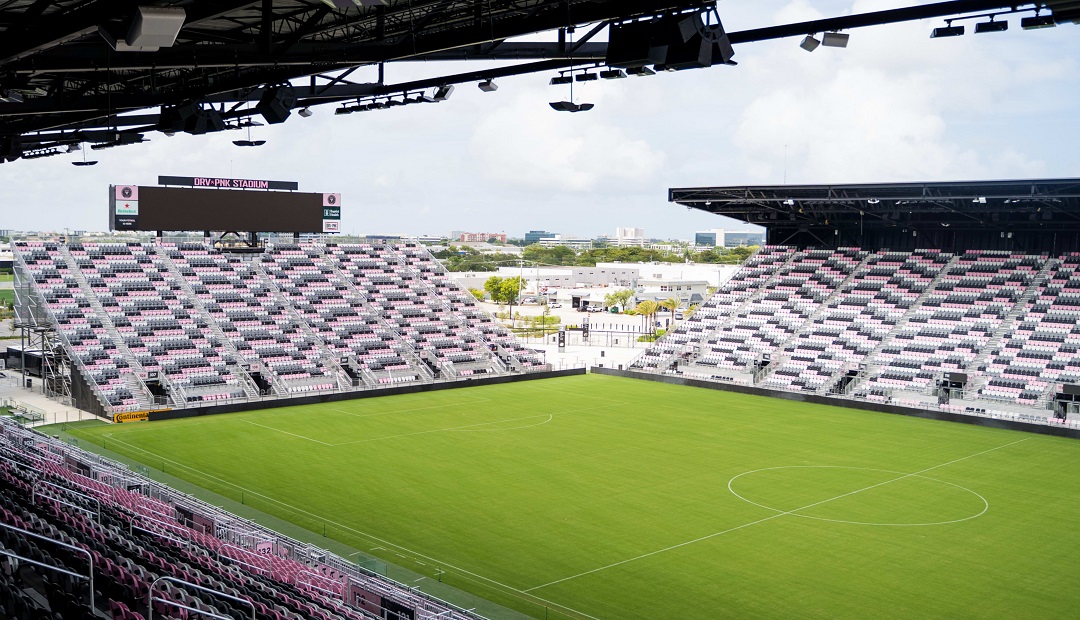 While it is certainly no secret that south Florida is a true football hotbed of talent nationally, hosting marquee games in Miami-Dade and Broward Counties have been few and far between.

It’s been well over a decade since FIU and the now Hard Rock Stadium facility has played host to the best in the state of Florida.

While Orlando, Daytona Beach and Tallahassee have been home to the games over the recent years, bringing it back to south Florida has never been a reality.

With record-setting crowds on the last visit, it was never a matter of support – rather than logistics and distance from many northern cities.

While Pensacola Pine Forest will set a state championship travel record of 652 miles for their 6A state title game on Saturday evening, every other team headed to Fort Lauderdale’s DRV PNK Stadium from Thursday through Saturday will come from less than five hours away, and that is not bad at all.

With the 1A through 3A finals just finishing up at Gene Cox Stadium in Tallahassee, the only game that attracted any kind of crowd was Saturday night’s matchup between Madison County (1 hour from Tallahassee) and Hawthorne, which is just about two hours away.

The 3A title game brought in Hollywood Chaminade Madonna (462 miles) and Tampa Berkeley Prep (274 miles), and the 2A contest had Hialeah Champagnat Catholic (471 miles) against Jacksonville Trinity Christian (163 miles) on a Thursday night. Not that if it was played here it would have been different, but this area has ardent football fans, who will support anyone. It has always been that way.

What is important during the five games this week is that the south Florida football fan has the chance to support and watch football – without having to travel and stay in a hotel. That is something that these loyal fans deserve.

While it would have been nice to have all five classes represented locally this week, there are three – and those games will take place on Thursday night and all day Friday.

Cardinal Gibbons kicks the week off on Thursday night against a really good Cocoa squad that is headed up by former Plantation High standout and local high school football coach, Ryan Schneider.

These two teams are really well coached and played in last year’s state semifinal. For a Thursday night, and its debut, a crowd of 4,500 is not asking too much.

Friday will just be one of those days that starts at 1 p.m. with two-time defending state champion Miami Central and Merritt Island.

Two college roommates at the University of Miami will square off – with Hurlie Brown and Roland Smith. The Rockets will be huge favorites, and will bring fans. The Mustangs are here for the first time in over three decades. The crowd should in the neighborhood of 5,000 – may be less or more. Being in the middle of the day will cut things down.

The Raiders have to come north four exits on I-95 and will have their faithful as two-time defending state champions. The Titans will bring those few bis loads. Even though it’s a marquee night game, the crowd should be 4,500-6,000. If it isn’t, fans need to check themselves.

With south Florida out of the state championship mix, Saturday kicks off at 1:00 with perhaps the best matchup and easily the most ardent fan bases.

Apopka and Venice are the two best 8A teams this year – and it will not only be a war on the field – but the gate could be the highest of all the games – with the teams traveling well, and the local interest, 6,500-7,000 should NOT be out of the question. Football fans, this is a really good matchup.

The nightcap will see unbeaten and No. 1 Tampa Jesuit, which will wrap up an unbeaten season, against Pine Forest, which is a solid team with a huge assignment and a long road to get to south Florida.

While Jesuit has a solid fan base and it’s been a minute since they got to this game. Look for them to draw, but with the distance, getting 2,500 for this finale will be a huge accomplishment.

No matter what, south Florida finally has the state championships, and maybe – just maybe – we can get all eight next year, so the fans can support our 2A and 3A programs as well.