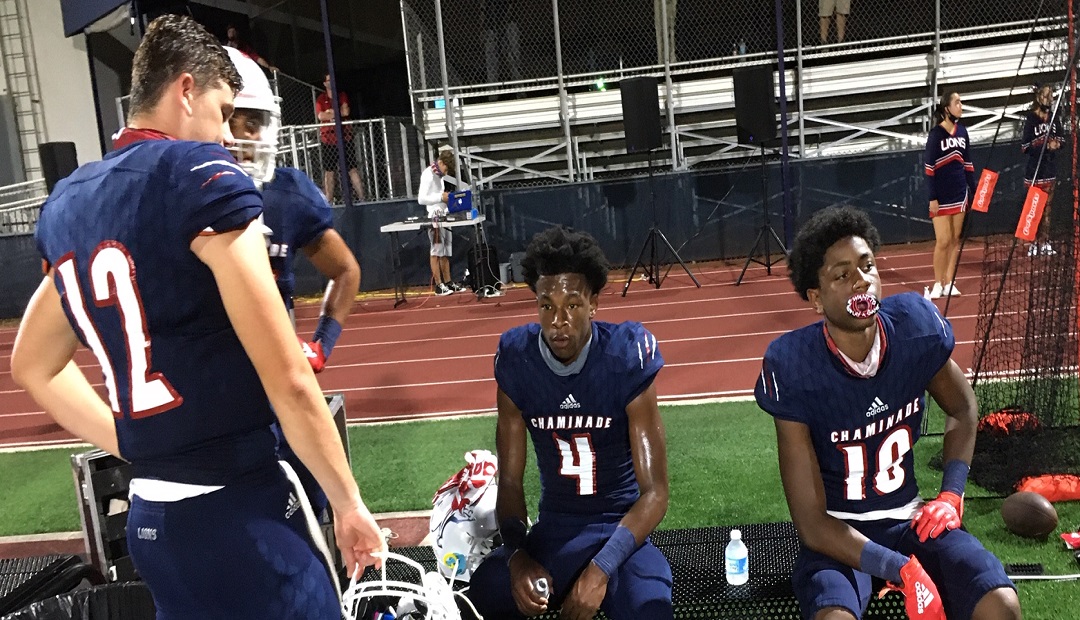 When this week began, football programs across Miami-Dade and Broward Counties started to condition together at the school.

For the first time since late March, early April, teams can get together legally.

No matter who tried to duck under the rules over the past five months and get some work in – at least the smart prospects kept in shape any way they could. Plus, are you going to keep 15, 16, 17 & 18-year-olds in the house for 120 days? No.

The homemade workout gear can go back into mom’s kitchen or the hurricane water supply can finally get back in its place after serving as lifting apparatus.

The athletes are finally back on the field, practicing everything safe and doing their best. No, make that doing more than their best because scholarships are on the line and this is serious business. They all hear the news of high school teams across Florida having to shut down for 14 days to quarantine.

Some parents were laid off – and getting those extra dollars, really means so much for these families.

And, what about having to make our football programs – throughout Florida – decide to whether they were going to “opt in” or not? That is unheard of and unfair – especially when those programs who began a month ago have an amazing edge on these who just started.

I have maintained that the decision to start Florida in stages was terrible. You split a state that yearly is among the best in the country for producing football prospects and you put perhaps the No. 1 region in the nation, south Florida, in a position where defending state champions Booker T. Washington (4A) and Christopher Columbus (8A) will not take part in defending their state titles.

Last Thursday, September 18th was the anniversary of the first game I ever covered. When Northwestern edge North Miami by five points in 1970, it had been 50 years of covering high school football, rating athletes and promoting them to colleges and universities across the country.

In that time, I had never gotten involved in anything that ran the state. My only focus was on evaluating, rating and promoting high school football players and numerous athletes.

But that being said, I was deeply hurt that the FHSAA, who I have been around dozens of regimes in the past half century, would allow this state to be split. Instead of being influenced by those who have no clue, this should have been a start date at the first of the year – like California, Nevada, Illinois, Virginia and several other states that produce enormous amount of athletes.

You do not ignore science. It is – for now – the lifeline of our society.

South Florida, which is easily the main attraction – with seven of eight returning state champions and so many college and pro connections – was virtually an afterthought – as public schools and those affiliated with conferences, were invited to the party, but at their own risk.

What angered so many coaches, fans and those who fuel a lot of financial fires at state championships was many areas were forced to have to make a team decision. One that was years in the planning – of maybe pulling off an upset and getting to play for a coveted state title.

But we are all about developing and making sure that you get the exposure and are able to show – at least on film – that you are ready to be considered for some financial assistance at the next level.

There are those who are not in this to win this. Not taking a shot, but they do more than you know by helping to teach the game and to instill character.

Miami Palmetto has the team this year to give it a more than competitive run in 8A.

St. Thomas Aquinas and Orlando Edgewater could be on a collision course again in 7A.

Miami Central and Dillard hope to meet again this year, but beyond you still have Palmetto in 6A.

You know that once again 5A should come down to Miami Northwestern and American Heritage. The Bulls are in the hunt for a fourth consecutive state title.

Three-time defending state champion Chaminade-Madonna has Miami Edison and No. 1 seed Calvary Christian in 3A. The Lions have one of the best and youngest defenses in the Florida.

Defending state champion Champagnat Catholic is going for a fifth straight trip to the 2A state title game and looking for a third state title in five years.

Covid Is Not Going Away Anytime Soon

Special Teams A Priority At The Battle of The Beach