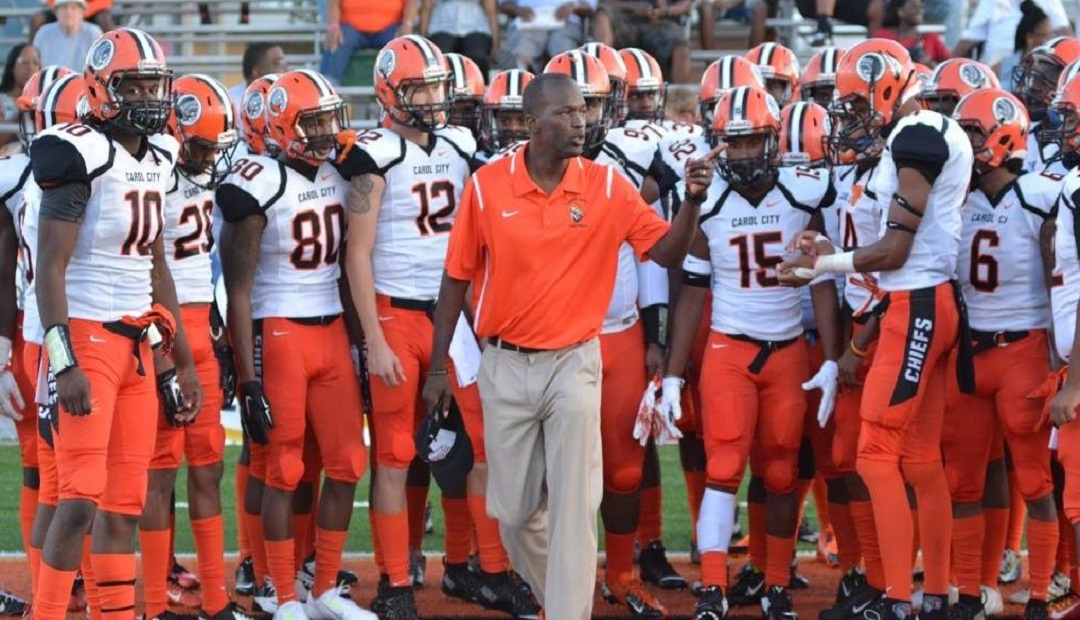 When you cover high school sports for 50 years, there are those who you will always have a special place in your heart and memory for.

Aubrey Hill was always one of those players who never looked the part, but that was the fun of watching him play – in high school at Miami Carol City and at the University of Florida.

While he was always on the thin side and never blew you away with his strength and size, he did make you think a little about how smart he was. His football IQ was way above most that he competed against – and played with.

On Sunday, the class act that nobody ever had a bad word to say about, and someone who had carved out a career as a coach at the high school and collegiate level, passed away at 48.

Forty eight years of age! It makes you tear up – because Hill, who had been coaching with Coach Butch Davis at FIU the past few years, was cut down in his prime, and that what stings the most.

While many had just got to know him over the past 10 years as a coach at the University of Miami, winning a state title at his alma mater in high school and the with FIU, I had the pleasure of meeting this father, husband and friend as a sophomore in high school, and even back then, his quick wit and positive way of looking at things, was certainly something that kept both of us close to each other through the years.

Hill was a disciplinarian who was proud and made sure that everyone knew that his teams would play with heart and passion, but at the same time, be ultra-competitive and never give in to the bitter end.

He let his coaches coach the game and gave his players freedom – to a point. He took a little bit from everyone he met on his journey with him.

While he came off relaxed, he was a winner that had that competitive fire burning deep inside, and anyone who played with him, coached alongside him and knew him, would confirm that.

What made him so special is he treated everyone the same. He always knew that your paths would cross with him many times, and that’s why when he was at his current position at FIU, he made sure to check in with me often, telling me: “Blu, you are one of those people who has tested the course of time, and people respect you for that. In this day and age, that is not an easy thing to accomplish.”

Hill had two stops at the University of Florida. He was a graduate assistant under Spurrier from 1996-98 and returned as Will Muschamp’s wide receivers’ coach in 2011 and 2012. Hill’s other college coaching stops included Elon College, Pittsburgh, Duke and Miami. From 2013-16 when he returned to Carol City as head coach.

Aubrey will be missed. Not just by those who loved him in his family or friends in the football world. But everyone he touched along the way in this life’s journey.

Rest in peace my friend. You have only set a bar that will be a tough act to follow – in life.

SPRING FOCUS – Cooper City Putting In The Work For 2021 Season