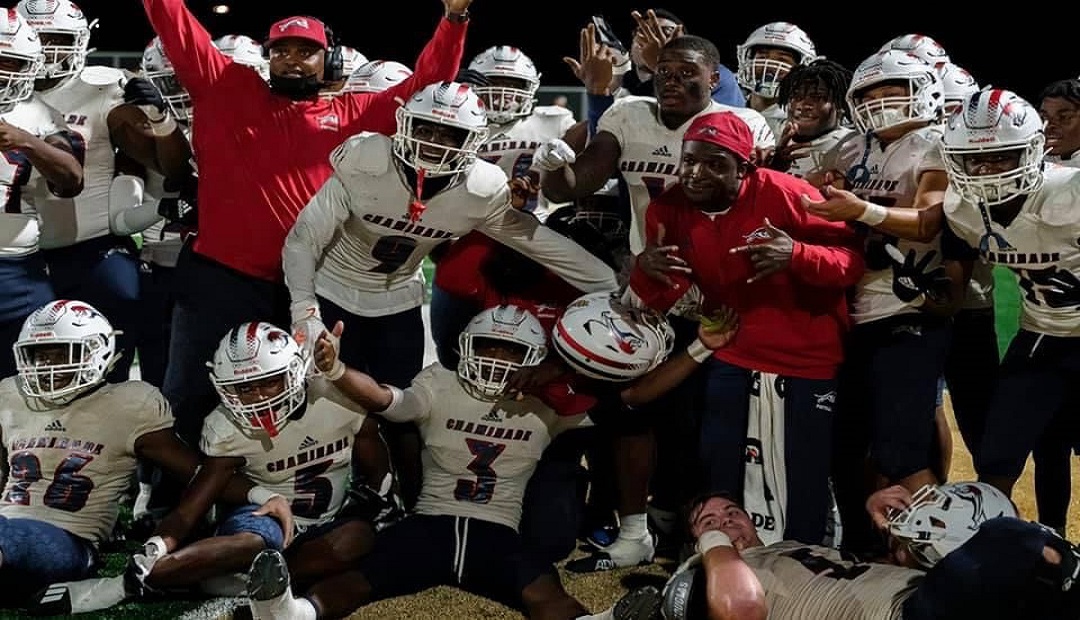 When football fans in the state of Florida looked at last week’s schedule, there were a number of games that had a high degree of interest.

With Hollywood’s Chaminade-Madonna heading to Buford, Georgia to take on the state’s No. 1 overall team, many felt that it would be a great experience for head coach Dameon Jones and Lions, and it was.

Instead of taking that long trip back to the Sunshine State, a program that has won three of the past four 3A state titles and looking for an amazing sixth consecutive trip to the state finals, turned the tables on this national powerhouse, coming away with a 7-0 win, and in the process, showed why this program and coaching staff is as good as you find – no matter what happens the rest of the way.

Chaminade-Madonna has long stepped up to play anyone – going back to when Mark Guandolo’s team throttled a then national powerhouse Daytona Beach Mainland – which opened everyone’s eyes.

At 3-1, this program has already played state-rated Western (8A), national power Plantation American Heritage (5A), a Christopher Columbus team that won the 8A Tri-County title last year, and the state title in 2019 and last Friday’s win in Georgia.

And, with two-time defending 2A state champion Champagnat Catholic coming up this Friday, defending 8A state champion Sanford Seminole (Oct. 1), Gulliver Prep (Oct. 15) and 4A powerhouse St. Petersburg Lakewood to end the regular season (Oct. 29), there are few programs anywhere who can match this schedule, and they will be rewarded for it in the end!

The No. 1 team in south Florida continued to roll on the road this past Friday, but it was not easy for head coach Matt Dubuc and the Cardinal Gibbons Chiefs.

In beating previously unbeaten 7A Gainesville Buchholz on the road, Cardinal Gibbons remained unbeaten (3-0) with a 16-7 win.

The top team statewide in 4A still has a long road to climb – with Plantation American Hetritage (5A), St. Thomas Aquinas (7A) and sudden 8A power Venice on the road on Oct. 23.

AREA PROGRAMS UNDER THE RADAR

While many of the programs who everyone is familiar with continue to get the spotlight, there are other programs who have also made a major impact as well:

Coconut Creek 27, Plantation 7. Talk about making a splash this season, the Cougars moved to 3-1 and may have sealed a district title with this win.

Doral Academy 49, Mater Academy 12. The Firebirds also remained unbeaten (4-0) on this young season with a key district win. Keep an eye on this group.

Florida Christian (Miami) 35, Southwest Miami 13. With this Thursday night victory, 3A got the best of their 8A neighborhood rival and remained unbeaten. The Patriots are stacked with talent and are well coached.

Immaculata LaSalle (Miami) 42, Everglades Prep 6. Another program that is perfect at 4-0 – without a lot of fanfare. With plenty of talent and solid coaching , the Royal Lions are indeed a 4A school to watch.

Nova (Davie) 31, South Plantation 14. At 3-1 and Hollywood Hills next up, these Titans have really jumped out of the gate – with a limited number of experienced players, and that is a great thing for a program that is back in the spotlight.

True North Classical Academy (Miami) 37, Palm Glades 6. Yet another program that never gets the shine that it deserves, but three games in and they are unbeaten with a challenging schedule coming up in the next month. Great to see teams like the Titans break through.

Westland Hialeah 12, Miami Sunset 11. This is one of those programs that needs a spotlight. Before last season’s four wins, this was a team that had trouble scoring – let alone winning football games, but the victory over the Knights puts the Wildcats at a perfect 4-0 record, outscoring their opponents, 103-11 so far.

The Tradition Continues Sunday With Florida-Georgia