Chaminade-Madonna Ready To Line It Up With Anyone! 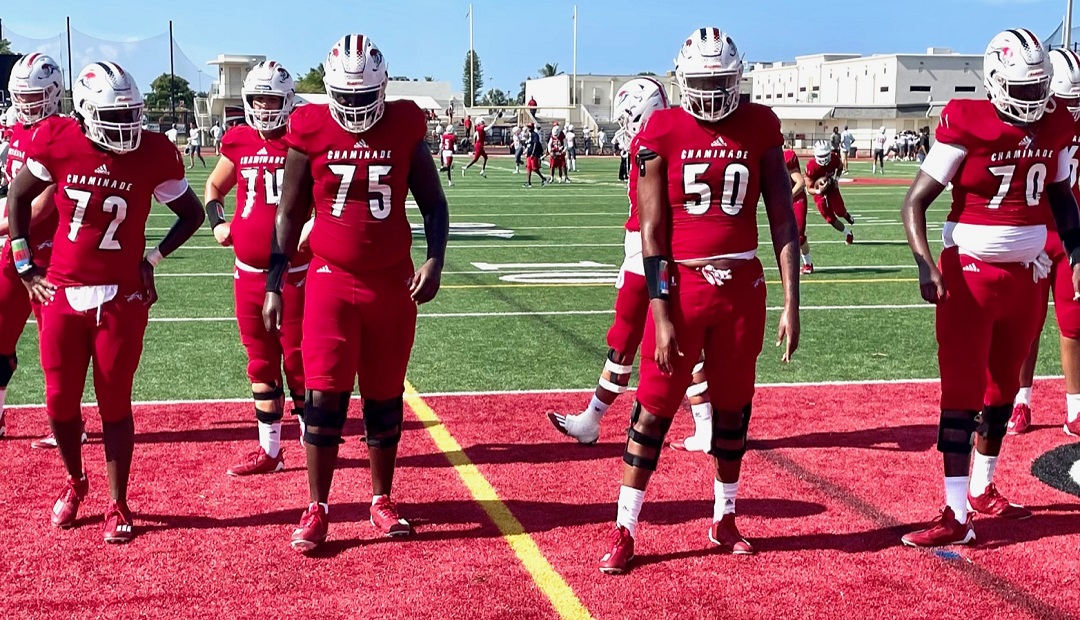 When head coach Dameon Jones and his two-time defending state champions took the field on Thursday night at Cardinal Gibbons as part of a three-team kickoff classic, all eyes were the Lions.

One of the best teams in the state of Florida, this program has reached a level where reloading is the order each year, and while they are young in so many areas, this is a team that will be winning and being recognized nationally for years to come.

With so much talent to choose from, the Lions have received attention from colleges and universities at just about every position. But there’s one spot that everyone is paying the most attention – the offensive line.

Known for the protection that they have given top quarterbacks and running backs through the years, this is a line that has continued to mature and grow. This year, they are considered to be one of the best in the state.

After Thursday night’s jamboree with host Cardinal Gibbons and Miami Palmetto, it’s time to turn the page – as the Lions and Chiefs will take part in the Broward County Football Showcase next week, and the Panthers will kick things off next Thursday against a potent Homestead team.

WHO LOOKED GOOD ON THURSDAY NIGHT

On Thursday, Chaminade-Madonna and Cardinal Gibbons were scoreless in their two quarters. The Lions went on to beat Miami Palmetto and then the Panthers beat Cardinal Gibbons in the final half.

Here is a look at some prospects who grabbed the spotlight:

Hialeah Gardens Will Rely On An Experienced Senior Class

It’s All About Developing & Educating At Nova

Monarch Has The Talent, Coaching To Contend in 2022