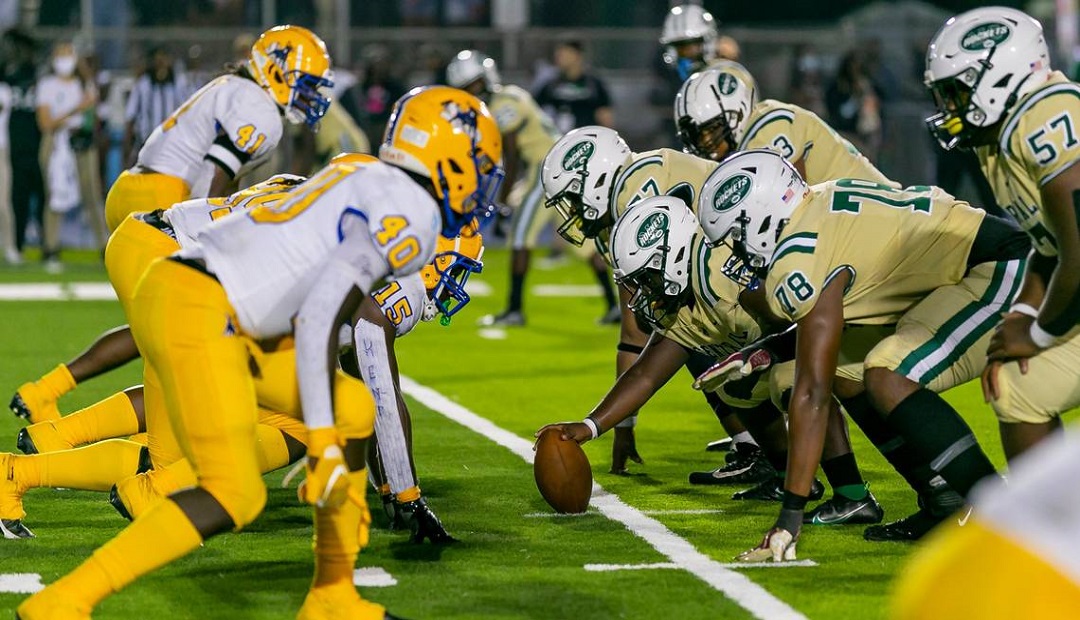 We have told you since back in May. It was a topic that pretty much dominated the landscape.

The impressive schedule that would be rolled out every single week in Miami-Dade and Broward County was something that couldn’t be ignored.

It began during the opening week with Miami Central’s win at national power IMG Academy and Miami Northwestern getting some payback at last year’s 8A state champion Venice.

There were the six wins against out of state teams in the inaugural Broward County Football Showcase and last week’s Chaminade-Madonna win at home against Fort Lauderdale Dillard.

With last night’s Chaminade-Madonna and Northwestern’s game called off, the attention now focuses on this evening – with five key games that will take center stage, involving Miami-Dade and Broward programs.

Here is a look at five games that will be in the spotlight tonight:

Cocoa at No. 3 Fort Lauderdale St. Thomas Aquinas, 7:00. The Tigers finished second last season among 4A schools, and with Plantation High graduate Ryan Schneider at the helm, this was a game that certainly made sense, even with Cocoa’s opening-night loss to Orlando Jones. Coach Roger Harriott’s Raiders are passed just making the state championship a priority. They are top five in the country and plan staying that way after two wins to start the year.

Tampa Jesuit at No. 8 Miami Christopher Columbus, 7:00. The 2021 6A state champion Tigers – with head coach Matt Thompson – head south with two fairly close wins already. But if people across the state believe that this is just another game, they better check what head coach Dave Dunn and the Explorers have on this roster. Perhaps more elite 2024 talent than any other school. This is going to be a war – with two of Florida’s best teams. One who continues to shine in the spotlight – while the other is looking to prove them belong.

No. 7 Davie Western at No. 12 Coconut Creek, 7:00. On the surface, head coach Adam Ratkevich and his Wildcats come into this evening’s battle of unbeatens as an overwhelming favorite. They were impressive in an opening-week win against Johns Creek, Georgia in the Broward County Football Showcase. For head coach Johnnie Sloan and the Cougars, this is their opportunity, like last year against Plantation during the regular season, to showcase some quality players who have worked very hard to reach this elite game.

No. 9 Fort Lauderdale Dillard at No. 14 Miramar, 7:00. While you would expect head coach Tyler Tate’s Panthers to come out and be sky high after last week’s loss to Chaminade-Madonna, they are meeting a team that won their opener two weeks ago, has size, athletic ability and plenty of talent. But what head coach A.J. Scott and his Patriots may lack is experience. Both teams have been looking at this big game since the off-season.

No. 10 Homestead at St. Petersburg Lakewood, 7:00. Like Palm Beach Central did last week when they traveled to play head coach Corey Moore’s Spartans, look for the Broncos to do the same. What this team has done over the past two years is make a statement, and with a solid off-season and plenty of talent, head coach Philip Simpson and the Broncos are set to let everyone across the Sunshine State know exactly who they are.

Will We Play High School Football in 2020? It Depends On The Athletes!