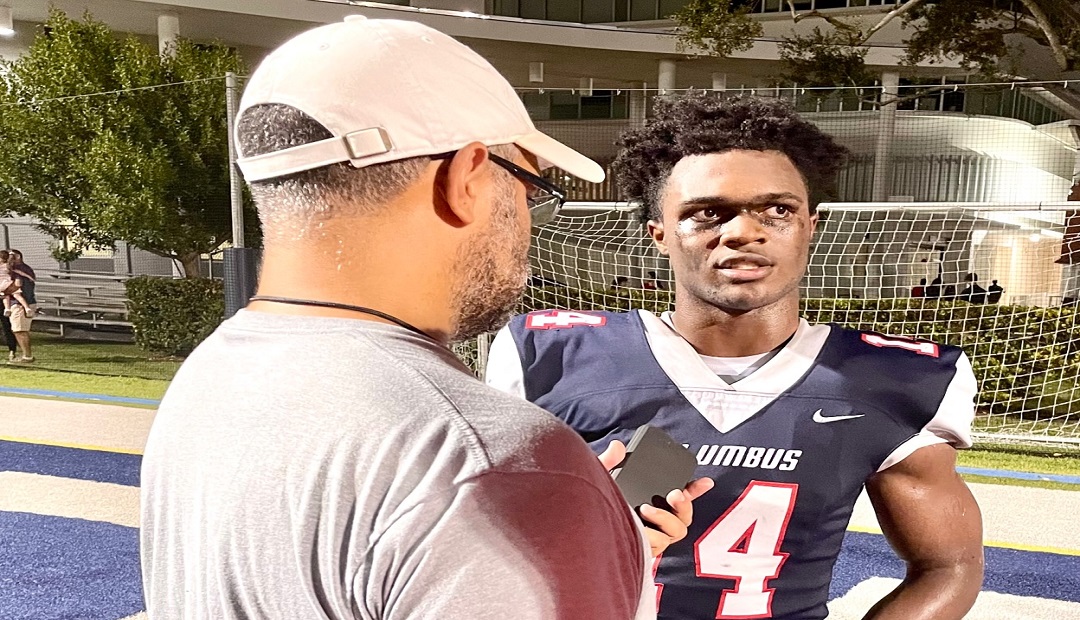 Before the 2022 season began, we told you that every week during the season would certainly be an adventure.

Three weeks in and nobody has been disappointed by what has transpired with south Florida programs making an impression nationally, and after last weekend, statewide as well.

When No. 2 Chaminade-Madonna and No. 5 Miami Northwestern was called off last Thursday because of lightning, there was talk about the game not being played – since it wasn’t a district contest and as far as playoff standing it meant nothing.

All night Thursday and into Friday, fans and players from both schools demanded that this game be played. From a financial standpoint and from a football point of view, it was a shame to let a matchup like this pass.

By the time Friday rolled around, the pressure began to mount with irate fans who had looked forward to this game voicing their opinion.

After Lions’ head coach Dameon Jones and Bulls’ head coach Max Edwards got together, both agreed that this marquee contest should indeed be played, and it was.

On Saturday morning, the two teams squared off at “The Mecca” Traz Powell Stadium, and by the end of the game, one of the best teams in the nation stood tall.

Using a high-powered offense and a solid defense, Chaminade-Madonna, with wins over national powerhouse St. John’s Prep of Washington D.C. and Fort Lauderdale Dillard, ran away from the Bulls, 42-14, and not only showed south Florida and the state that they can stand toe-to-toe with anyone, but sent a message to the nation that they are as good as ANYONE in the country.

The Lions, who will play Plantation American Heritage at home on Friday, still has an uphill climb to make it back to the state finals for the sixth consecutive season.

The Tigers were the only unbeaten team in 2021, knocking off St. Thomas Aquinas in the regular season and Northwestern in the playoffs on the way to their first ever title.

As good as they were last year, they struggled in the first two games of the season, barely getting out of the game against Port St. Lucie Treasure Coast, beating the Titans by one point.

For head coach Dave Dunn and his football team, two wins to start the season gave this program plenty of momentum against Tampa Jesuit.

Playing well on both sides of the ball, the Explorers ended the Tigers’ winning streak with a convincing 32-15 decision and got the attention of football fans across the state.

Playing well in the second half made the difference.

WEEK 3 WAS ONCE AGAIN ACTION PACKED

Here is a look at some of the other scores from this past week in Miami-Dade and Broward counties: