Receiver Jacorey Brooks Has Been Legendary For Booker T. Washington 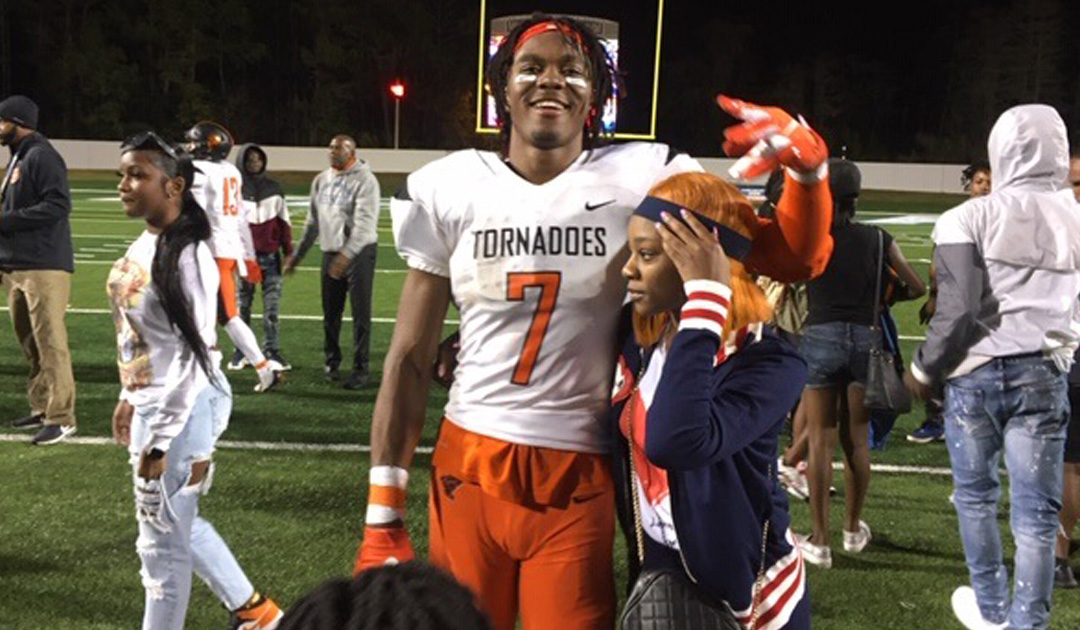 Play four years of varsity football in prospect rich Miami-Dade County and make a major impact in everyone of those years, you become a legend.

There are not many who have been fortunate to wear a varsity uniform in this area of the country and make an immediate impact without some fanfare.

There was a time when there were no 9th graders who attended high school. 10th-12th were the years where you left your mark – unless it was a private school, and even then, the thought of some 13-14-year-old competing against prospects who were ready to go to college was not even an issue. But times have indeed changed, and if you are good enough to play as an 8th or 9th grader, you do it – and in many cases – do it very well.

The landscape in a very prospect-rich area like south Florida has become, uncovers stars at a very early age.

SCOUTING: Even before he caught his first pass in high school, the lore of Jacorey Brooks had already become a reality in south Florida. He had established himself as a future star before the Tornadoes had played a game in his freshman year.

A youth football standout who had a reputation that had certainly preceded his arrival in Overtown, and those who knew all about him, simply could not wait to see what he did against college-bound seniors.

This is one of the country’s best receivers. You can argue all you want, but his size, skill level and athleticism says that there are very few who can create mismatches and catch the ball against anyone – no matter how hyped or talented.

This is a once in a generation football talent who combines everything great on the field – with everything you admire off of it. From the classroom to the playing field, there are no detractors. Nobody picks his game apart or minimizes how talented he is.

This is a football player that can perform at any level – and like so many others who came out of the same area before him – dominate and get results.

As he heads toward his final season at the high school level, this someone who doesn’t need to attend combines and showcase events to prove anything. He has done that very well during the first three years of his high school career.

Decarlo Donaldson Has Been A Prospect On Everyone’s Radar