Miami Gulliver’s Lamont Green Jr. Wants To Carve Out His Own Success 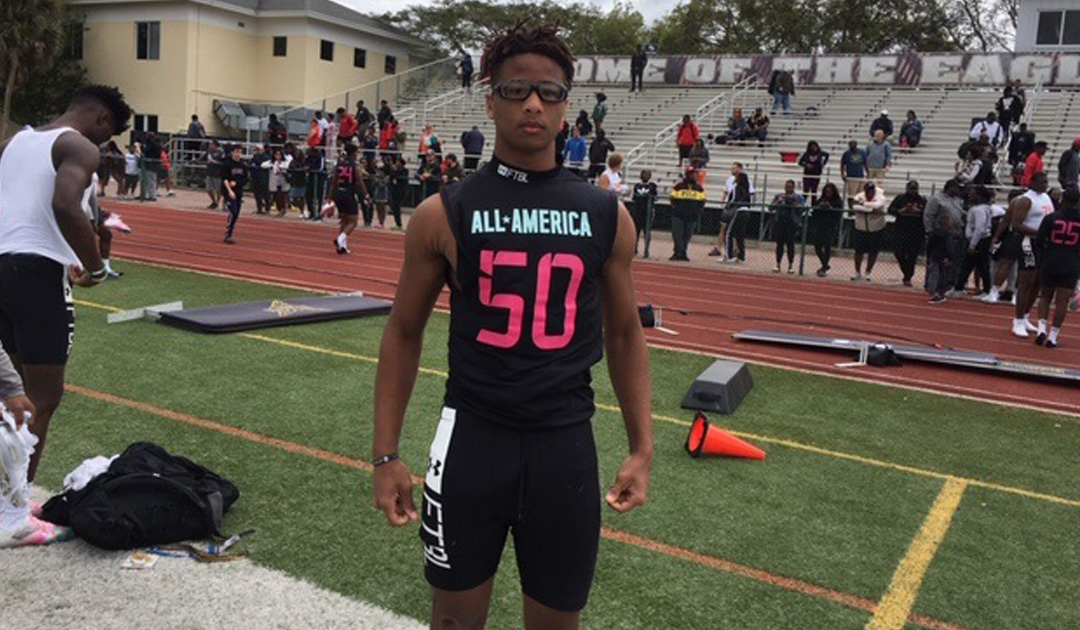 Over the past month, when we post spotlights, it usually has something to do with a father and son.

If you live in south Florida, nobody needs to tell you how impressive the talent level is – and while we have more prospects who play at a high level of college and professional football, their often settle in this area after their playing days are over.

While there are other areas of this country that have father and sons who have blazed a trail, it seems like Miami-Dade, Broward and Palm Beach lead the way in sons following in the footsteps of their successful fathers.

SCOUTING: When we first watched Lamont Green play, it was during his sophomore year in high school at Miami Southridge, and yes, you could tell right away that he was going to be very special.

A three time 5A all-state selection, who played on two state championship teams (1991 and 1993). In his senior season in 1993, he averaged nine tackles per game for a total of 135 on the year. Green was named an All-American and Defensive Player of the Year by USA Today. He also was Florida's Gatorade Player of the Year.

Before he went on to star at FSU, he was certainly a pleasure to watch and promote as one of the best in the country.

Fast forward to this past year, and while watching his son perform, that same feeling flashed in front of us. A big time prospect who has size, an amazing work ethic and a passion for the sport – much like his father had.

A defensive end talent who showcased his skills this past season for the Eagles, while making a name for himself at the national level.

While many who watched both father and son are quick to compare, carving out their own path to the next level is what this is all about – and it will be fun to watch it unfold.

Recently made the move to Miami Gulliver Prep.

Coconut Creek Gets A Complete Student/Athlete In Versatile Joel Felder