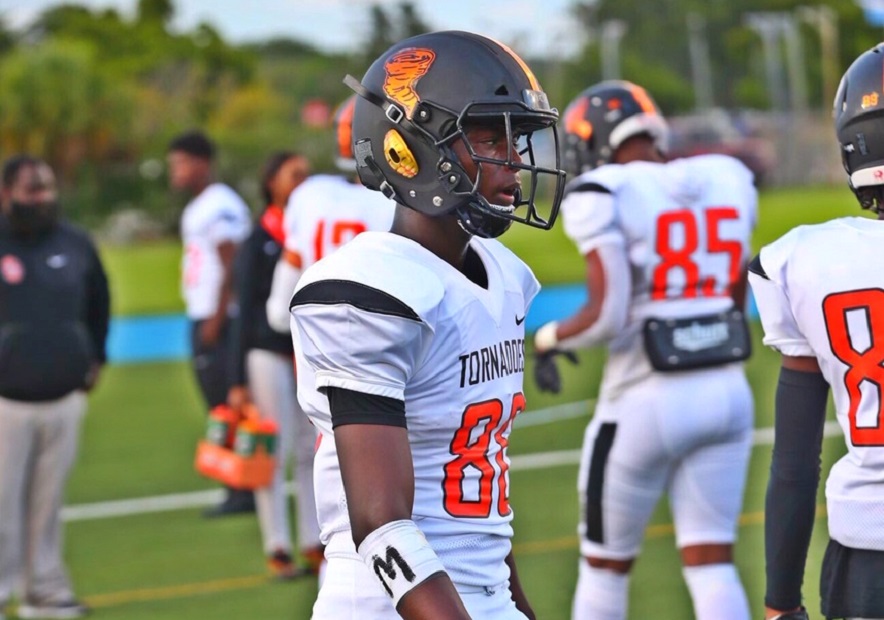 It has been said over and over again, but it is well worth mentioning it one more time.

There is so much talent every year in south Florida – especially at the receiver position – big time young prospects are overlooked.

Because many of the talented prospects actually get plenty of competition at the highly-competitive youth level, by the time they reach high school, they are ready to go and battle tested.

Some programs are so stacked with veteran players, it is never easy to get enough reps to turn heads, but some do, and actually put themselves on the map earlier than others.

SCOUTING: There were very few receiving corps last year that could rival the 4A state champion Tornadoes, so getting enough balls thrown your way – no less cracking the lineup - was next to impossible.

Here is a football team that is used to have game-changers at the receiving position, and perhaps nobody understands that more than this young man, who turned a few heads during this past season – with the knowledge that 2020 would be a lot more promising.

Even with Alabama commit Jacorey Brooks being the center of attention, Moore is truly one of those prospects who has started to make an impression on everyone – even those who have not watched him perform in a game.

Already adding three inches and 20 pounds from the beginning of his freshman season, this off season truly exposed someone who has a chance to be among the nation’s best.

His size, route running abilities and knowledge of the position are way beyond his years – and after watching him live six times, including the state championship game this past season, we were fortunate to have watched someone mature and come into his own as a top-flight football talent – and he is only going to be a sophomore!

Receiver Jacorey Brooks Has Been Legendary For Booker T. Washington

Versatile Jacolby Spells Is Starting To Get Plenty of Recognition