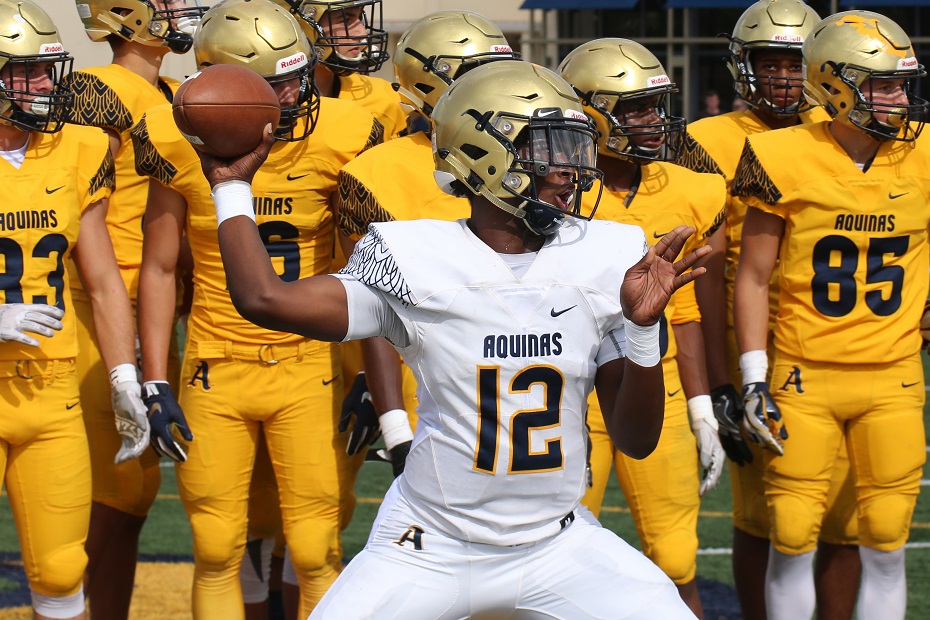 Whenever a quarterback prospect is mentioned in south Florida, it comes with some skepticism.

College coaches don’t head this far south to find a position that can be found in dozens of states. Those who play the position at this stage of their careers are only doing it because they are athletes – and of course – that will change when they get to the next level and move positions.

Many college coaches across the country view the prospects that come out of the Sunshine State – especially in south Florida where recruiters come to find athletes that they just cannot find anywhere else in the country – as versatile and not necessarily a true quarterback prospect.

But that approach to recruiting has changed, and those amazing athletes, once thought of as playing the position just because their teams needed that athlete who could run and pass, are now being pursued as a signal caller at the next level.

With more quarterback coaches, who are teaching technique, the Lamar Jacksons of the world are not just getting it done in high school, but also playing the position in college – and yes – in the NFL as well.

Now, those prospects from Miami-Dade, Broward and Palm Beach Counties .will not be branded as athletes and viewed as quarterbacks.

SCOUTING: To play the quarterback position at St. Thomas Aquinas comes with it plenty of notoriety and yes, a lot of exposure.

When the Raiders won the 2019 state and a share of the national title, this impressive sophomore had finished off an impressive 15-0 season that took this team into battle against some of the top competition in Florida, and throughout the country.

Under the direction of newly appointed Offensive Coordinator and former Raider quarterback Wesley Carroll, this was the perfect storm for Zion, who was surrounded by a big time offensive line, stellar receivers and perhaps one of the best running games in south Florida.

The learning process actually came last year at this time – as Carroll and this program eased him into the position, competing against some quality football players.

What ended up setting this young man apart was his ability to move the chains. As a passer, runner and leader, he had learned enough about the position from working with Carroll and longtime offensive coordinator Bryan Baucom, who helped in the transition.

Being a sophomore, Turner actually was in a place that very few quarterbacks at the school had ever been in.

As he approaches the 2020 season, this is now one of the best at the position in the state, and as he develops, you will see him continue to make a push to be a national recruit – as colleges across the nation have already recognized.

In the past, a player like Turner would have been someone that many viewed as an athlete. Today, he is the blue print for what colleges are looking for as a leader on the offensive side of the ball.

Decarlo Donaldson Has Been A Prospect On Everyone’s Radar