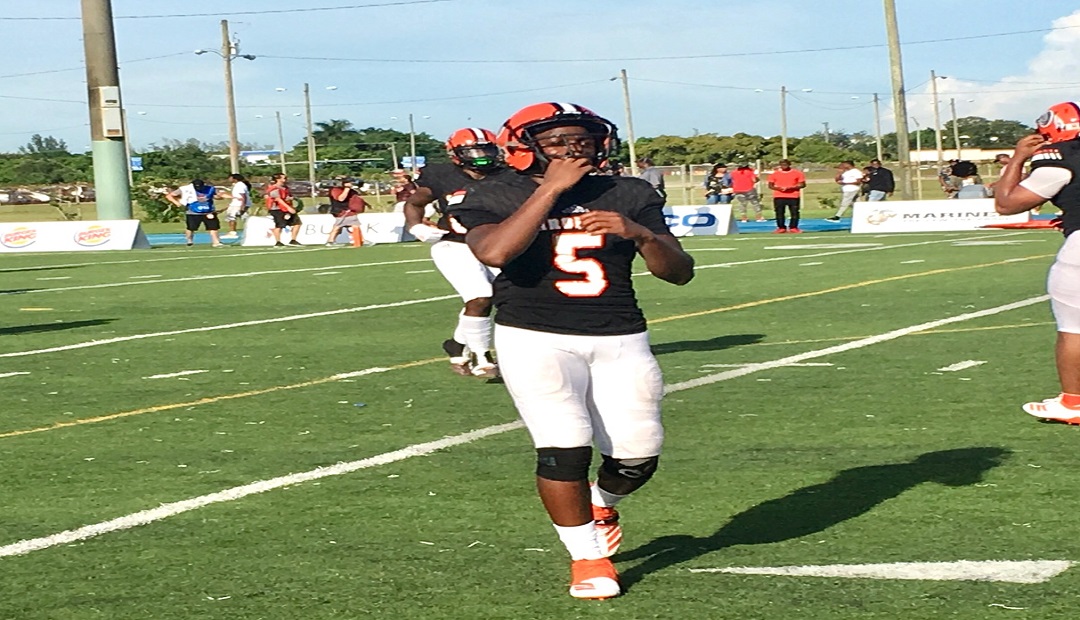 We talk about great receivers, top defensive backs and emerging linemen in Miami-Dade and Broward Counties. There are also running backs and linebackers. But the one position that is perhaps boasted about in south Florida the least are the quarterbacks.

For decades and decades, this area has always produced quarterbacks who have gone on to the next level – and even beyond. But still, this is NOT a region of the country that college coaches rush to when searching out a difference maker at the quarterback position.

Because there are so many athletes, and coaches usually place their best offensive threat at the quarterback position, so they can run and pass, it has not been a place where players are developed, but if you have followed football in the past five years, that is all changing.

With more 7-on-7 exposure, and camps, instructors and emphasis on the position, south Florida is starting to join many areas of the country in producing players at the position.

Look at parks and workout facilities on any weekend and you will find quarterbacks being developed, and that is certainly something that is refreshing.

SCOUTING: When he started playing at the varsity level as an 8th grader at Mater Academy, this was someone that showed plenty of promise, and by the time he reached Carol City last summer, there was a new prospect on the horizon – a left-handed passer who had plenty to work with.

During the 2019 season, as many young quarterback prospects were talked about and exposed, here is one who had the opportunity to prove himself and showcase his many skills against top-flight opponents.

By the time the season came to an end, and the Chiefs lost to eventual 4A state champion Booker T. Washington in the first round of the playoffs, here was someone who had certainly thrusted himself into the spotlight.

As the 2020 season is still on the horizon, and a new coaching staff was added at Carol City, here is a talented young man who is still regarded as a football player who could end up making a major impact – as the position changes and south Florida is now very much in the recruiting mix.