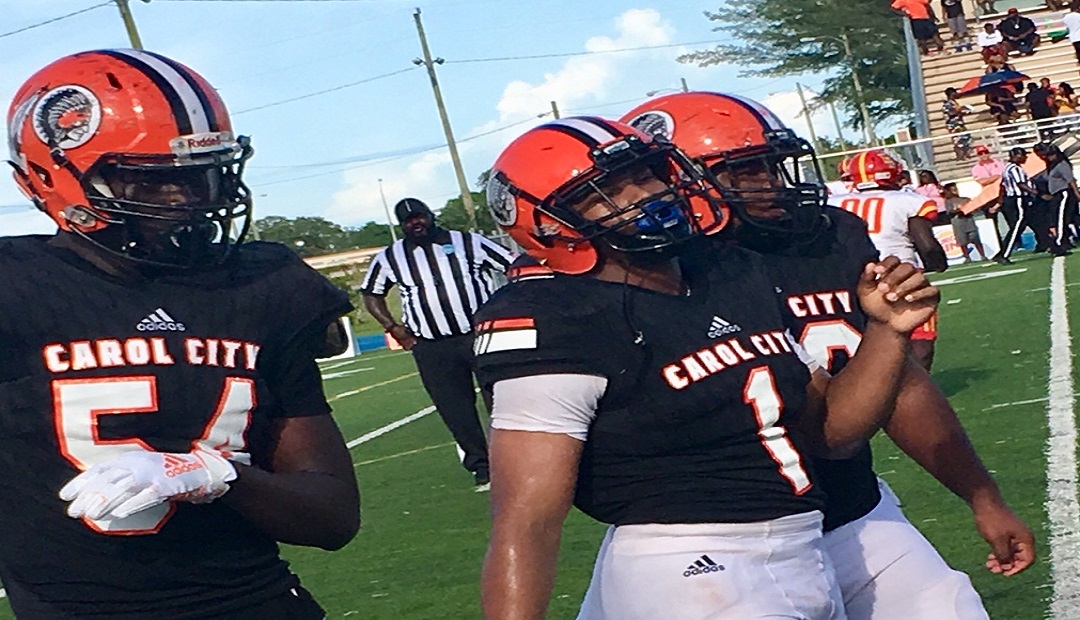 The wait was long, the promises were many – and as a pandemic of a lifetime took hold – the 2020 high school football season begins for Miami-Dade County schools today.

Months and months of quarantine and frustration by coaches, players, parents and fans, the sport makes its return to public schools with a few Thursday games.

For so many who will be back in action, this season has been one that everyone will remember. It altered plans – while also splitting the state in two by starting the season some six weeks before south Florida started to play.

If you are a high school football fan, you couldn’t wait until the start of the 2020 season in south Florida.

The wait will be over when American opens the season with a 3:30 game at “The Mecca” – Traz Powell Stadium when American and Miami High play in a game that will have heavy hearts.

As former University of Miami standout Demetrius Jackson makes his coaching debut as his Patriots are looking forward to this coming season.

On the other side will be a Miami High team that made the playoffs and has plenty of talent. But the meeting will be overshadowed by the memory of Corey Smith, who was tragically taken from all of us.

The second game at 7:00 is another matchup in the long-running series between Carol City and Norland – with nothing more than pride at stake, and that is often enough for these “neighbors” in Miami Gardens.

The Chiefs have a new head coach in Dorrean James, who comes over from Miami Northwestern with plenty of knowledge.

For the Vikings and veteran head coach Darryl Heidelberg, the deck is always stacked with talent, and this year is certainly no exception.

Plenty of excitement for an opening day that was a long time in the making.

In addition to the doubleheader, here is a look at Thursday’s south Florida games: