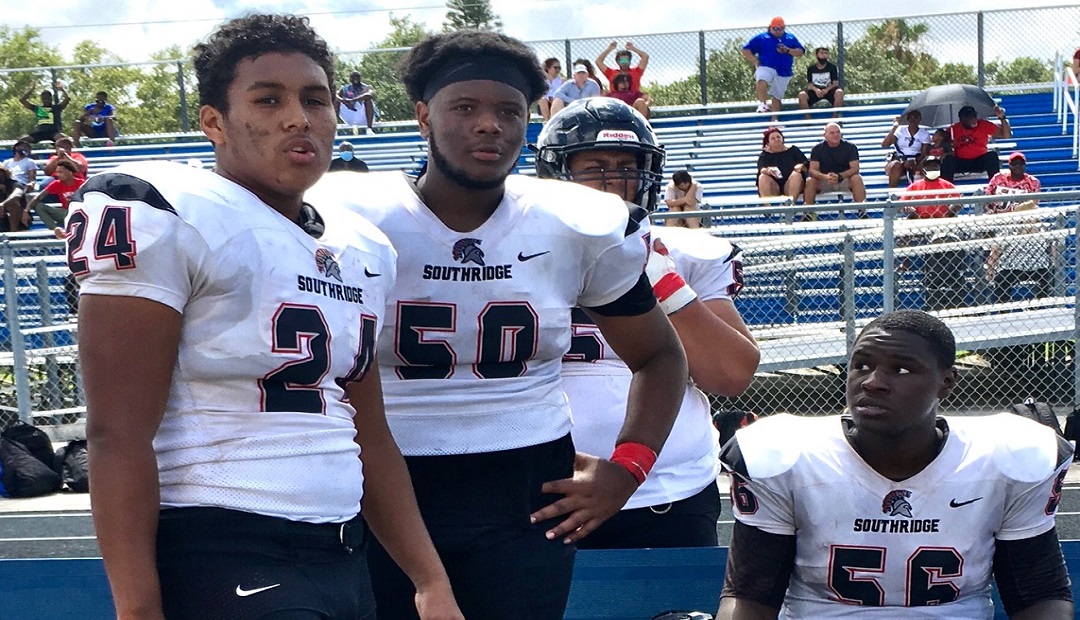 There have been several attempts over the years to try and bring back that amazing tradition that was Miami Southridge football.

A football history of winning and churning out elite players and championship-level teams that would not only dominate Miami-Dade and south Florida, but also grab the attention statewide.

While things have changed since the glory years – with more emphasis on attending private and charter schools, the public programs have had to be creative – just to stay on the radar screen. Inner city programs have always been able to do well, but not every other program.

There is still no denying that south Florida hotbeds for athletic talent runs through Miami Gardens, the areas around Deerfield Beach and Pompano Beach, Overtown and Liberty City – and down south from South Miami Heights to Homestead and Florida City.

The opportunity for the Spartans to build some of that early year dominance back – like so many other places – it now comes down to coaching and winning.

Get the coaches involved with this football team that are in the community, youth programs and have a feel for what needs to be done - and you have a start. After that is all in place, you have to win. The South Dade state championship was years ago, but that trip to Orlando gave the program what the community and fans wanted – a state title.

If the Spartans are going to get it done over the next few years, it will be with recently appointed head coach Rick Munne. Named as head coach before spring, there is no doubting what he brings to the table.

What Munne’s time at South Miami High taught him – as he helped to develop student/athletes in the classroom and on the football field – was that if you give these young men all of yourself, you will get their attention and receive it back.

Munne is a fundamentally-solid coach, who is someone that relates to the players – and that is what is needed anywhere. In bringing the excitement back to this program, an infusion from the past – as well as coaches who understand the culture – was definitely needed.

With Jason Davis coming back to the Ridge along with some community coaches, it lends a bit of a storied past. A time when the Southridge Spartans were in everyone’s conversation.

Last weekend, the Spartans had a team bonding – with a two-hour ride to Palm Beach Gardens on a Saturday afternoon. What happened is everyone – coaches and players included – got an opportunity to see what has been learned in a short period, and of course, what needs to be corrected.

The Spartans split their games – beating the host Gators and then dropping a decision to a state power in Delray Beach Atlantic.

IT WILL BE ON THE SENIORS EARLY ON

The success of this young team – during the next few months will be with the rising seniors (2022). While there is so much youth, having prospects who are more experienced is going to be the key.

GROOMING YOUNG SPARTANS FOR THE FUTURE

With the senior class proving the leadership and some experience, the Class of 2023 will be needed to step in and help this program continue to grow.

Like the 2023 class, the players that the Spartans have as rising sophomores (2024) have also made an impression.