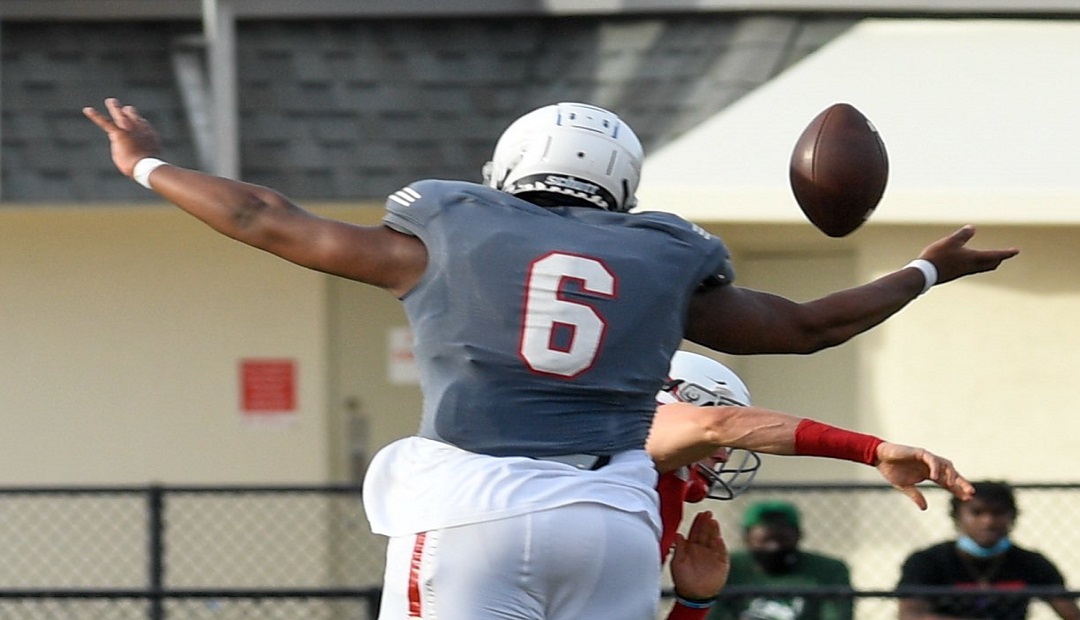 There is no getting around the amount of talent that we have here in south Florida – and while it’s nice to spotlight every athlete who plays football, it is nearly impossible.

If you have followed us for any length of time, you already know that we promote and evaluate EVERY athlete. Not just the star-rated prospects, but because we see by far more athletes than any other source, we get the opportunity to watch thousands of prospects, who love this game and would like to continue playing at the next level.

We promote nearly 3,000 south Florida athletes every year, and have done so for several decades – giving the fans, college coaches and prospects an opportunity to see first-hand what these athletes are all about.

With our daily TEAM previews and spotlight, we have the chance to bring hundreds and hundreds of football players that we have watched LIVE in just about every setting from practice to 7-on-7 to games.

Today, we bring you five Class of 2022 football players who have been out there for all to see, but heading into the summer, it’s worth it to stop in on them one more time.

Elvis Bridgeman, S, Homestead South Dade. Here is a football talent that has been on the radar for the past two years – as he had the chance to learn from some gifted players who came before him – and the past two seasons has elevated his game. Has the size, athletic ability and knowledge of the secondary to give the Bucs a boost this coming season – and at the next level. Smart and talented.

Aaron Hicks, OL, Deerfield Beach. One of the versatile line prospects that we have here in south Florida. Has the size and athleticism to compete against anyone – and when you watch him play you will see exactly what everyone has been talking about. This is a team leader who has been there from the beginning and has made an impression each year. Will be a leader for the Bucks.

Maurice Jones, RB, Miami Killian. If you’ve watched this impressive talent play in the past, you already know how special he is. At Coral Gables, he did just about everything for the Cavaliers – and with the Cougars, he has shown that he is ready to give this team a major boost. Solid runner who has a burst, but is also tough enough to gain yardage – tackle-to-tackle. Will be a force in 2021 – as colleges will be watching him more than ever before. He committed to attend Marshall.

Ahmad Moten, DT, Fort Lauderdale Cardinal Gibbons. While the pandemic cut into so much, and limited exposure for high school athletes, those prospects who didn’t get any attention, had to rely on spring film – from scrimmages and games. Prospects like this – a potentially big-time football talent – didn’t get the attention he deserved, but this spring, that all changed. This young man turned himself into the one of the top interior defensive linemen in south Florida – and as the summer camps are right around the corner – several coaches will be watching a talented football player.

Luis Palenzuela, P/K, Miami Christopher Columbus. While we featured this impressive talent in the past, it may be time to revisit someone who has really made some major strides over the seven months. Every showcase that he attended, he was one of the best – and earned a ranking as one of the nation’s best. This is a quality special teams’ performer who trains and competes with and against the best. Like so many student/athletes, he also gets it done in the classroom.